Monday it is back to the hot and humid conditions as the sunshine will return pushing highs into the lower 90s with feel like temperatures topping out in the upper 90s. 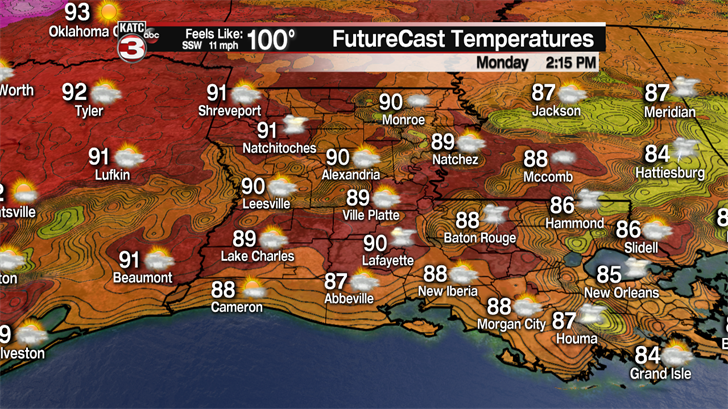 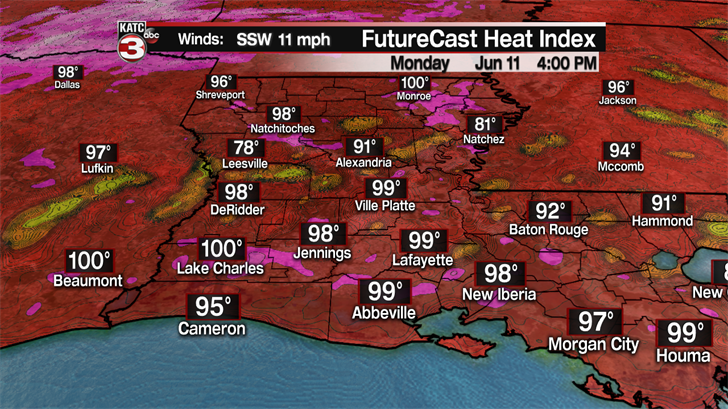 Now, thanks to Sunday’s showers and the typical summertime humidity there will be a 20-30% chance for a few pop-up showers or storms during the afternoon, especially towards Baton Rouge and New Orleans. 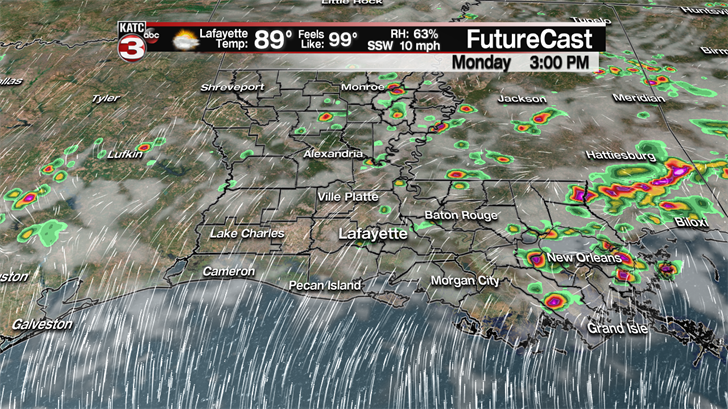 Tuesday will pretty much be a repeat of Monday with highs in the lower 90s, heat indices near the triple digits and a couple stray showers/storms possible during the afternoon.

An upper level shortwave could move over Acadiana producing a slightly better chance for scattered showers and storms during the first half of the day on Wednesday but even then the rain chances are only about 30-40%. 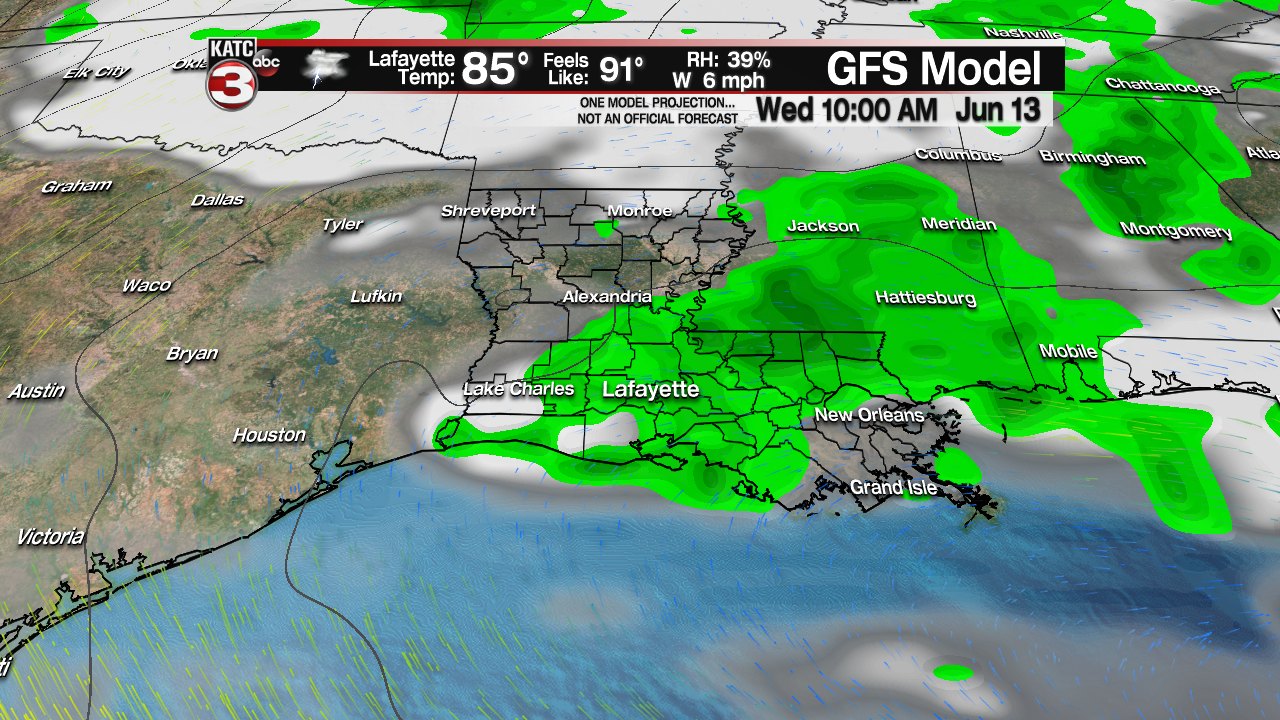 To end out the work week it will be back to the heat and humidity under a mix of sun and clouds with a few isolated showers or storms possible during the afternoon.

Next weekend is when things could get interesting, especially in the Gulf of Mexico.

The GFS model continues to show the possibility of a low trying to develop in the western Gulf a couple hundreds miles south of the Louisiana coast Saturday afternoon. 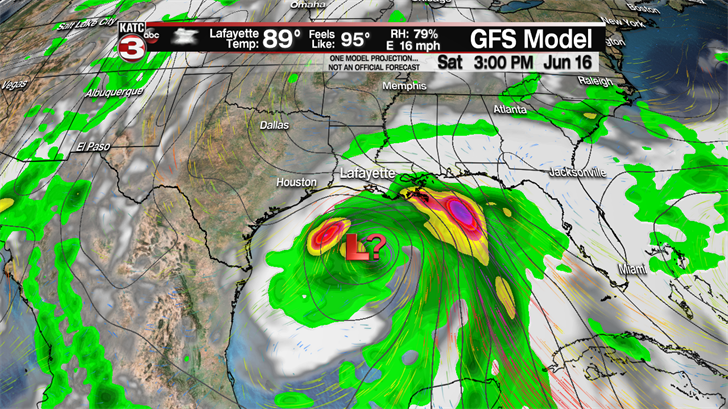 The good news is with the last several runs the trend has been to push the system farther to the south and to the west with the low eventually making landfall as a possible strong tropical storm or weak hurricane sometime on Sunday between Corpus Christi and Houston. 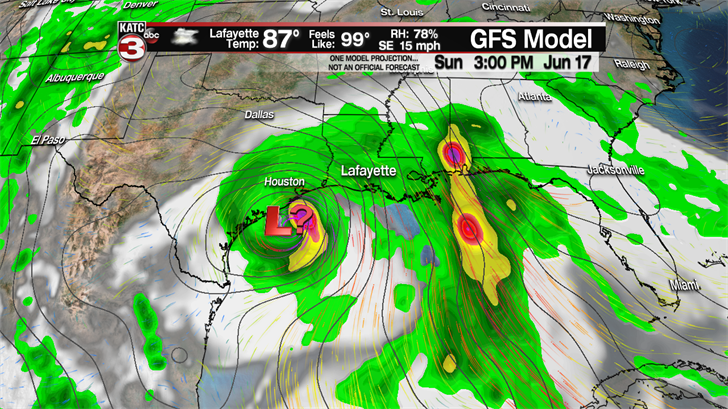 Even though the model has the main area of low pressure heading for the Texas coast we would be on the right side of the storm which means we would be on the wet side as the GFS projects we could receive between 2-5 inches of rain from the system by the following Monday. 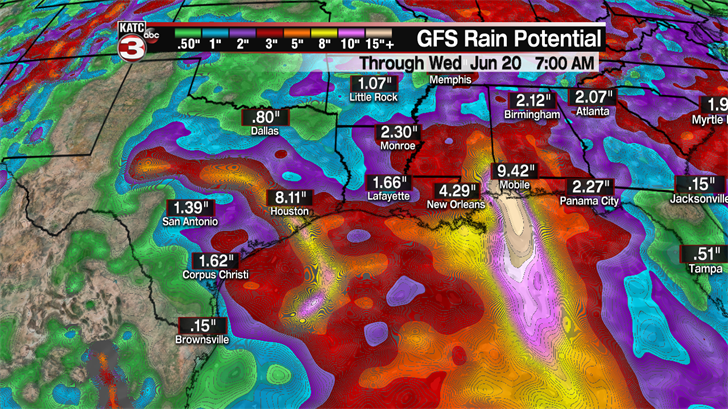 As for the European model it continues its trend of not showing any tropical development but rather a board wave of tropical moisture hammering the Texas coast Saturday through Monday. 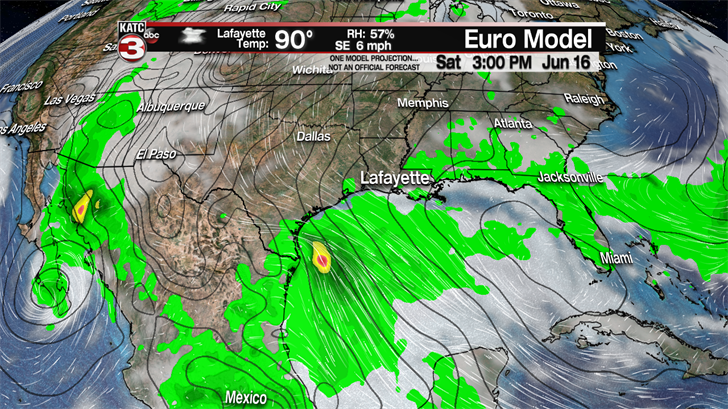 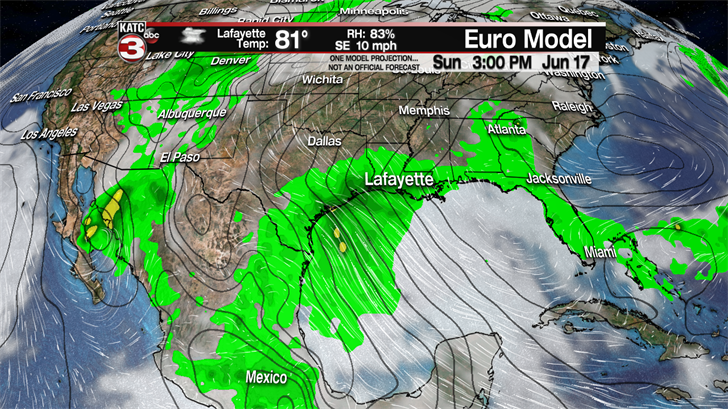 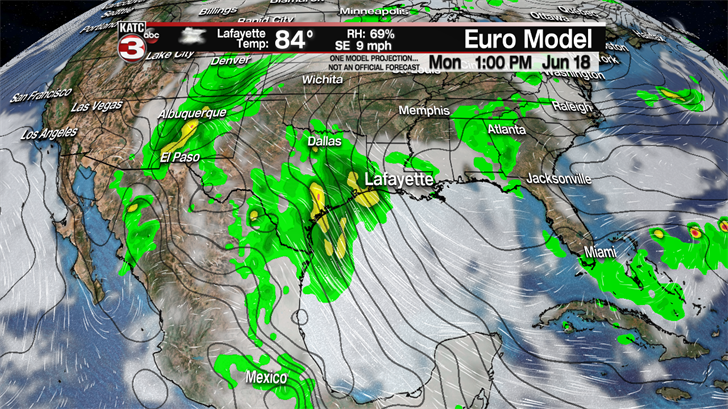 Thus, the Euro has the hot spot for the heavy rains staying over Texas with a large area of 4-8 inches possible from Beaumont to Brownsville, while Acadiana could only see 1-3 inches of rain. 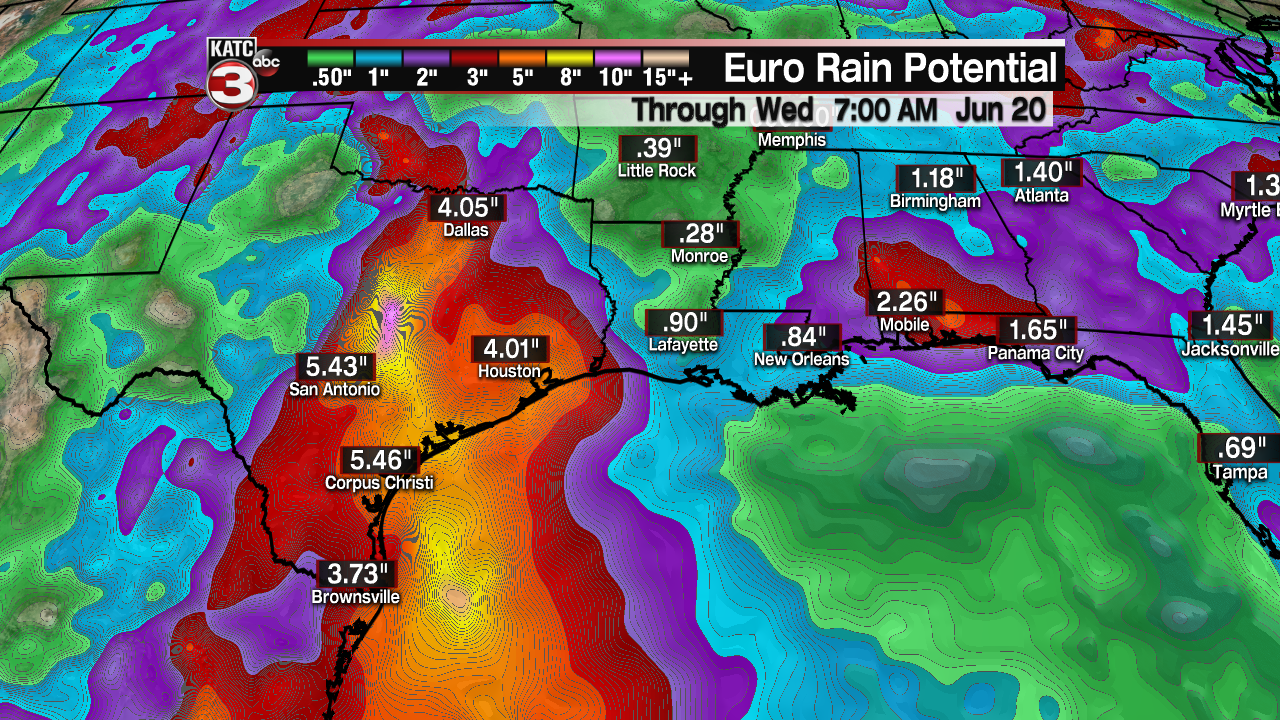 Either way we will have to watch this closely in the coming days and follow the trends of the models but the one certain thing right now is it looks like a decent amount of tropical moisture will be moving into the Western Gulf by next weekend and could potentially provide a heavy rain event somewhere along the Gulf Coast from Brownsville all the way east to about Mobile.