After Sunday’s storminess, things have calmed down to start your Monday. A front is still draped across the area, roughly along the coast. Storms have continued to drift toward the west and are dissipating over central Texas. Another shortwave  over far west Texas is moving east and will collide with the westward moving storms. The front over Acadiana will linger in the area for the next few days. High pressure at the surface over the Tennessee Valley will remain in place early this week. High pressure in the upper levels will dominate the west. 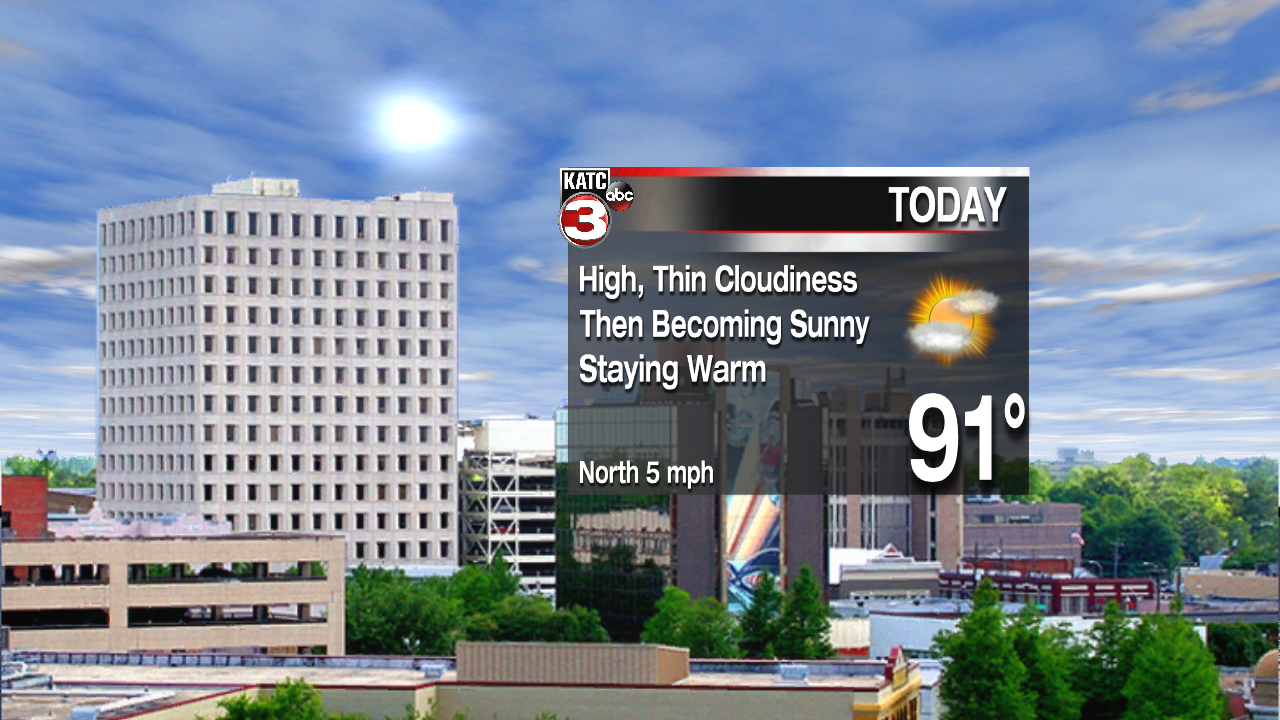 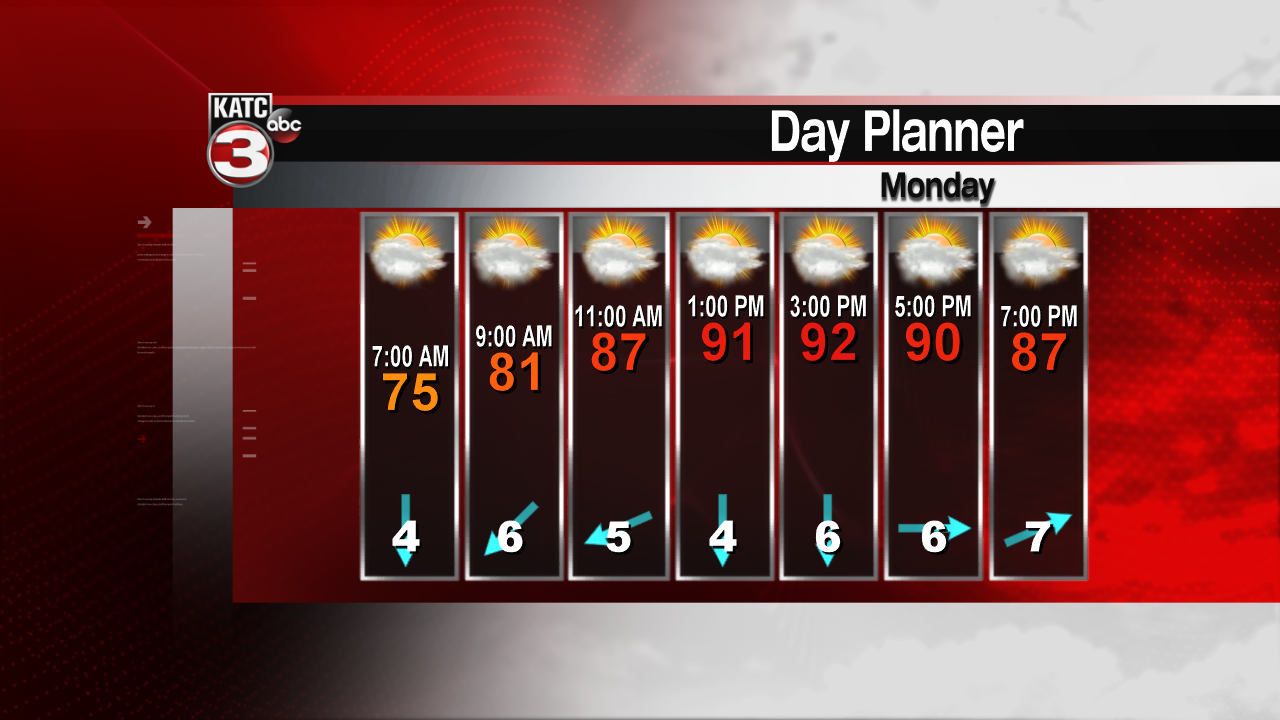 Shortwaves will squeeze in between drifting from the northwest to the southeast from the high plains to the Gulf Coast. With the stationary front in place, additional instability will be over Acadiana. As a disturbance moves southeast across Texas early Tuesday, some storms will break out. These storms are expected to move across Acadiana during the early and mid part of the day Tuesday. A secondary disturbance will follow on Wednesday. Both days will see rain chances in the 40-50% range. A few brief heavy downpours can be expected, and stronger storms can’t be ruled out.? Later in the week, the front will lift northward, and quiet weather will return. 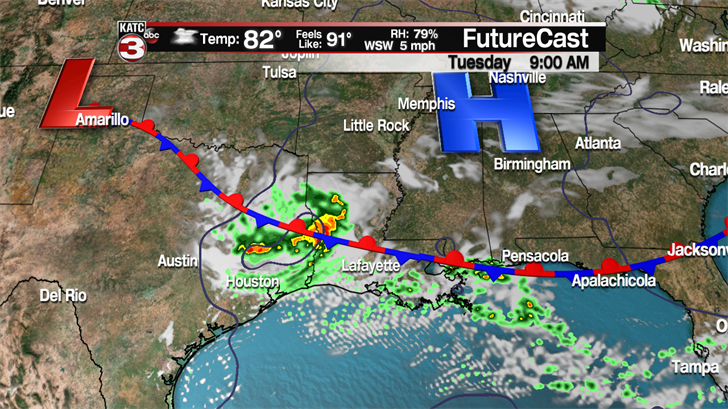 Temperatures should be running about average for this time of year. Expect highs to reach the lower 90s with lows in the low to mid 70s. Perhaps a bit hotter later in the week as the rains diminish. Into next weekend, we should be returning to a normal June pattern with scattered storms developing during the afternoon hours.

The tropics remain quiet. No development is expected over the next week or so.