Summer heat, humidity and heat indices will continue to inch upward for Acadiana into this weekend, but there could be a few storms to help ease our heat wave by late Sunday.

In the near term, expect fair to partly cloudy skies with temperatures topping out between 92 and 94F Friday. 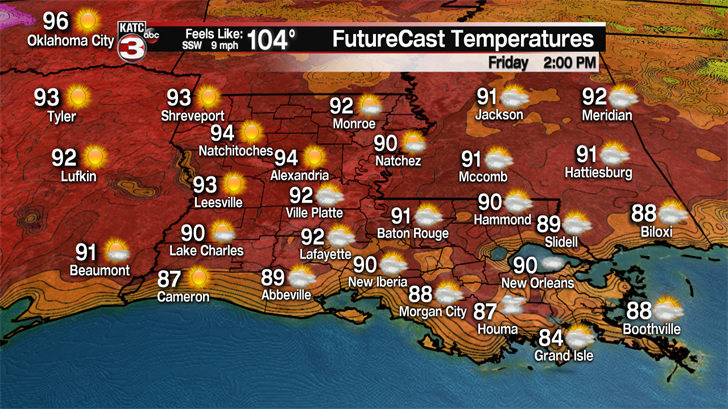 Rain chances will stay below normal, near 5% through Saturday.

Heat indices will be a little higher than the last couple of days climbing between 100-105 from late morning through the early evening Friday. 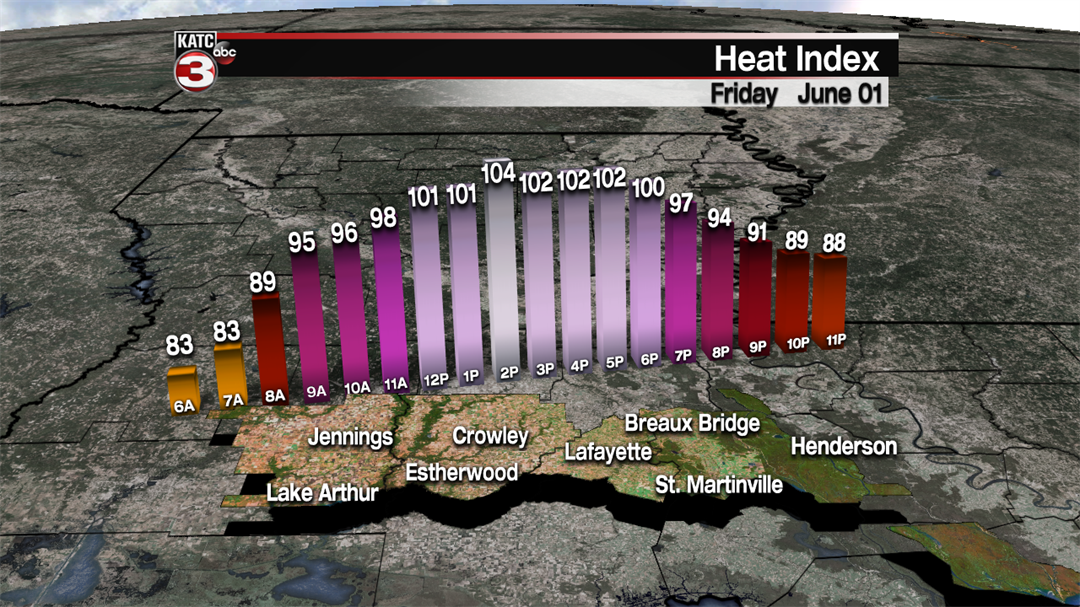 Similar temperatures and heat indices are expected Saturday, but it could become a couple of degrees hotter. 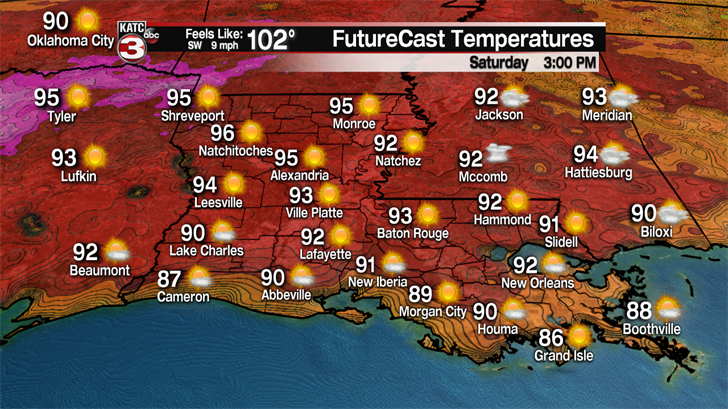 By Sunday, a weakening frontal boundary will likely be the focal point for scattered showers and a few strong thunderstorms to develop in the afternoon into the evening hours. 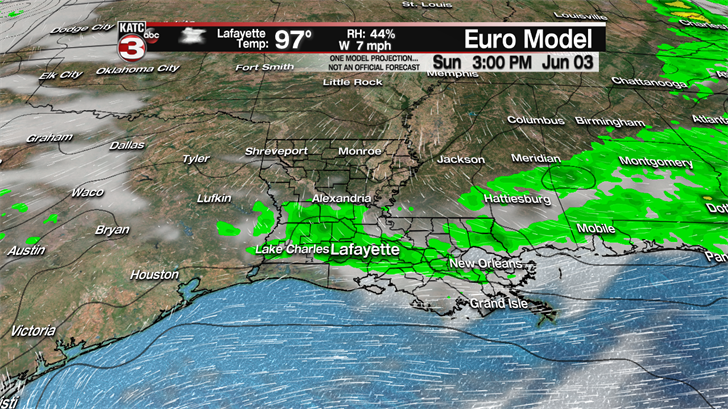 Readings near 100 will be possible across the northern parishes of Acadiana Sunday.

That high heat could add to a severe thunderstorm potential, with damaging winds the primary threat. For now, it’s not a done deal that everyone sees storms late Sunday, with rain chances currently in the 30% range…hopefully for the sake of our soil moisture, or lack thereof, the numbers go higher.

Much of Acadiana remains in the "Abnormally Dry" category per the Drought Monitor, but conditions will likely worsen before a significant improvement can occur after a rather dry April and mostly a hot and dry month of May. 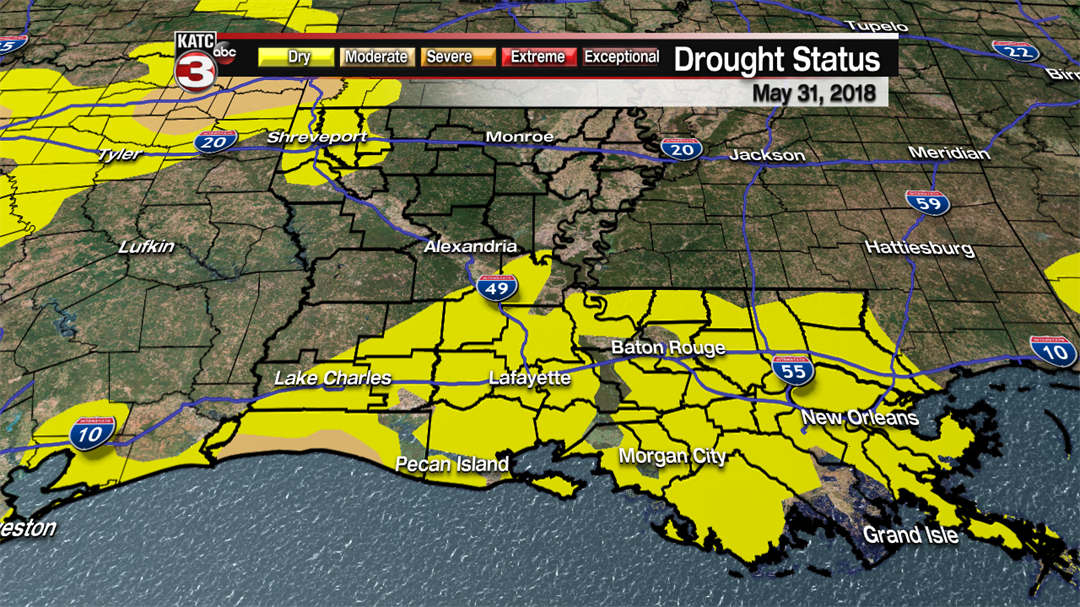 Klotzbach’s forecast today calls for near normal activity given the last 30 years with 14 named storms, 6 hurricanes and 2 major storms. 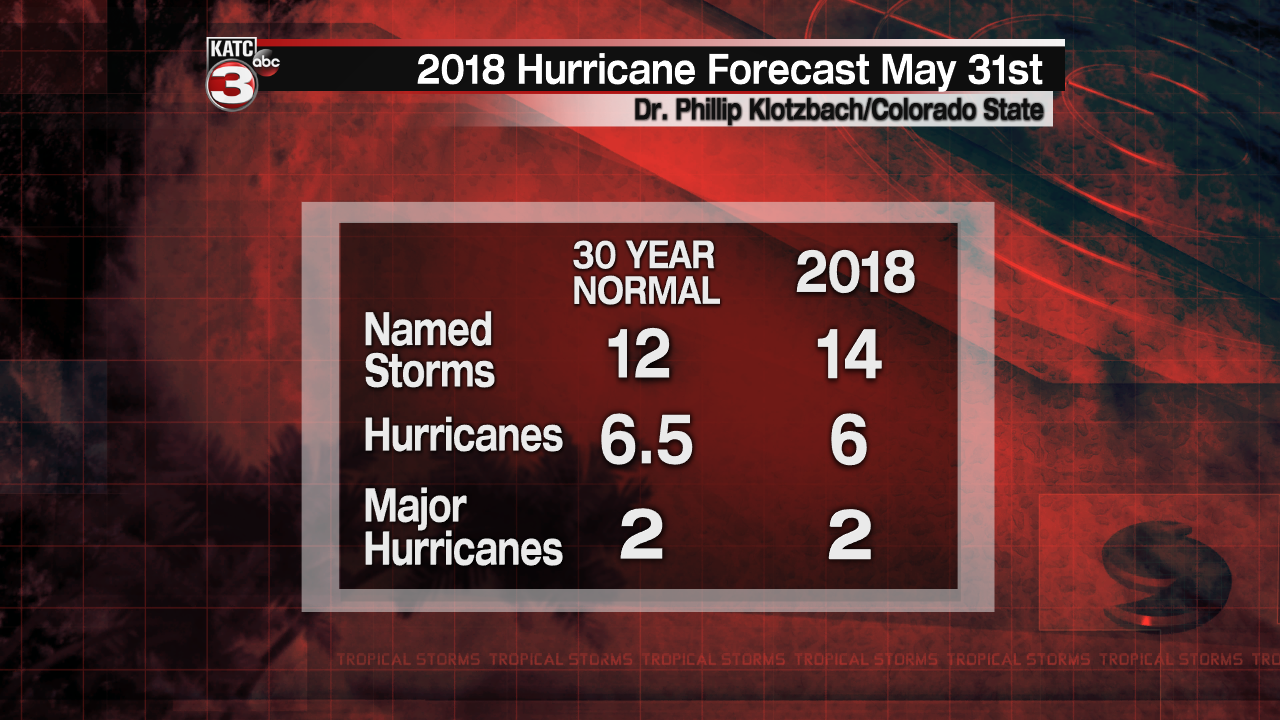 Klotzbach has subtly reduced his forecast numbers (from his early April forecast) to a near normal season, citing more prominently cooler than normal sea surface temperatures that have developed over the last month in the Atlantic, that may negatively influence the "main development region".  Cooler waters generally correlate well to less activity. 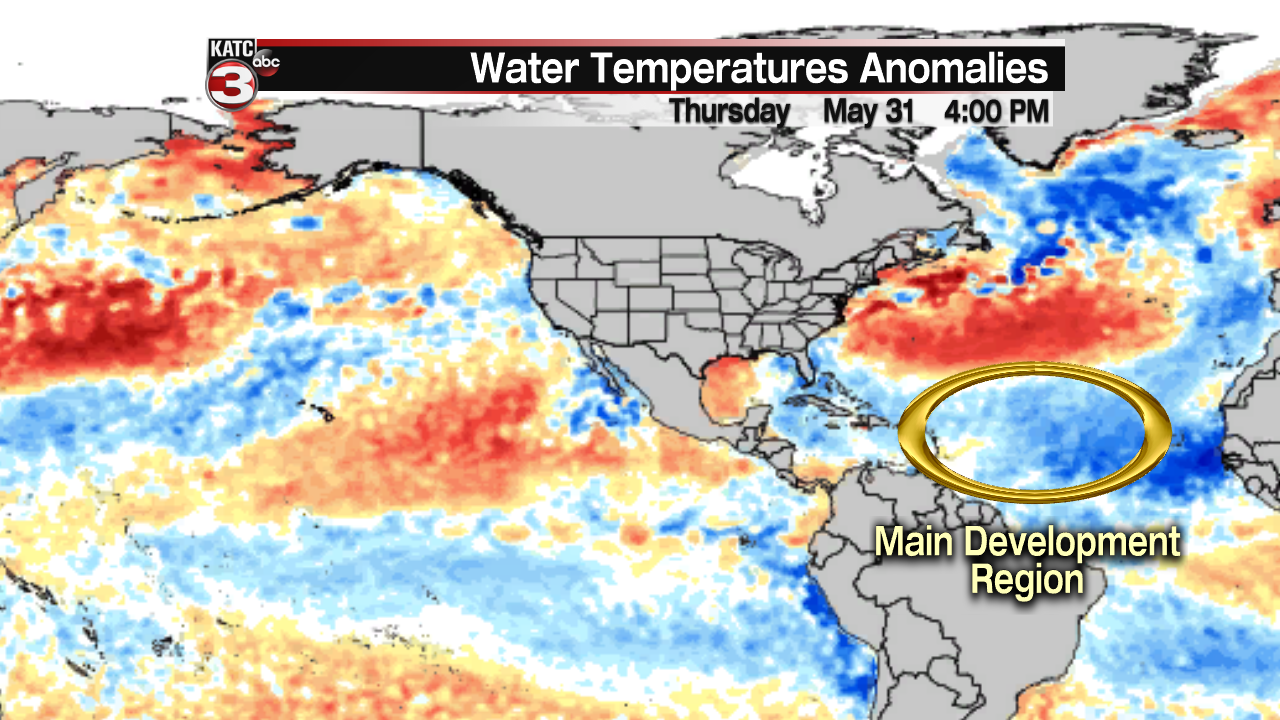 One wild card that may be a factor with storms that develop closer to the U.S. is that warmer than normal water temperatures in the Western Gulf and the Gulf Stream off the East Coast of the U.S. could provide fuel for marginal and/or potential systems, right when the are near to the coast.

So perhaps there won’t be nearly as many long-lived intense storms as there were in 2017, but this year could be the year the storms develop quickly closer to the coasts, with less time for preparation and reaction.

As always, whether the season is forecast to be a busy one or not, everyone is reminded that it only takes one storm at your location to make it a bad hurricane season.