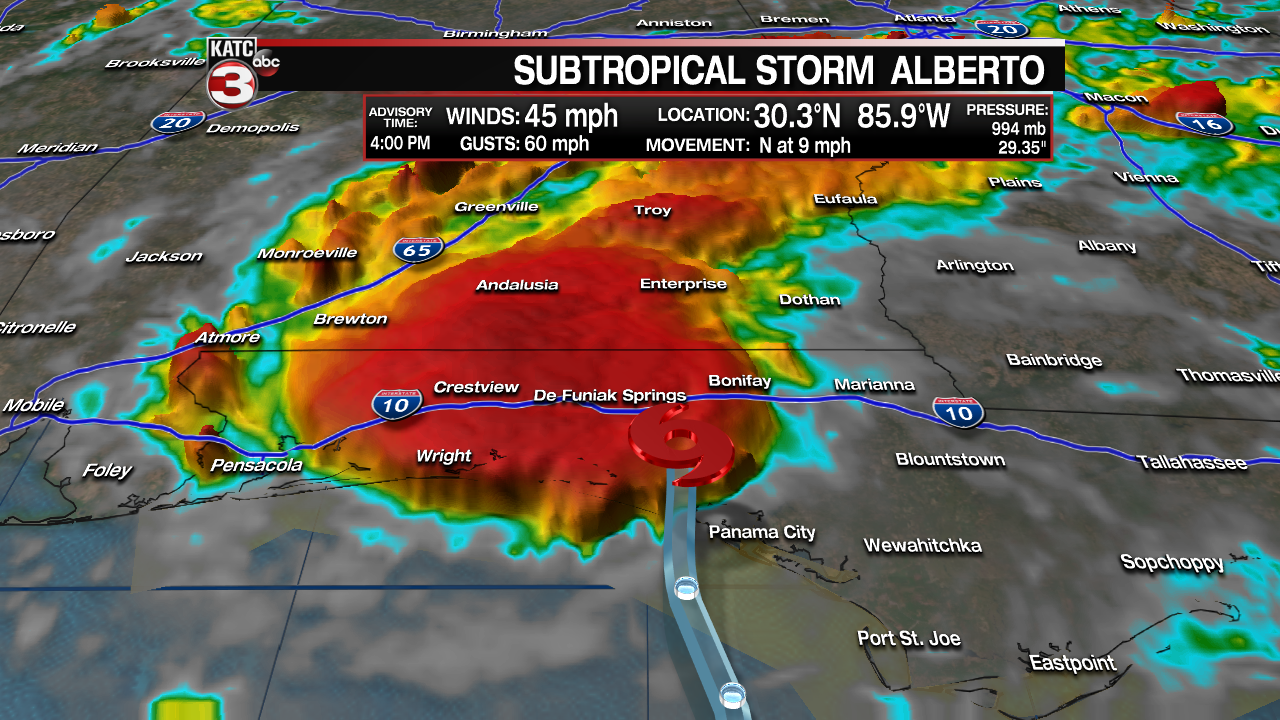 Heavy rainfall and flash flooding were occurring over parts of the Florida Panhandle into Alabama into Monday evening.

Steady weakening is in the forecast as the system moves inland but will remain a big rain-maker of 4-8" with isolated amounts up to 12" will be possible through Tuesday near and along the storm "core" track. 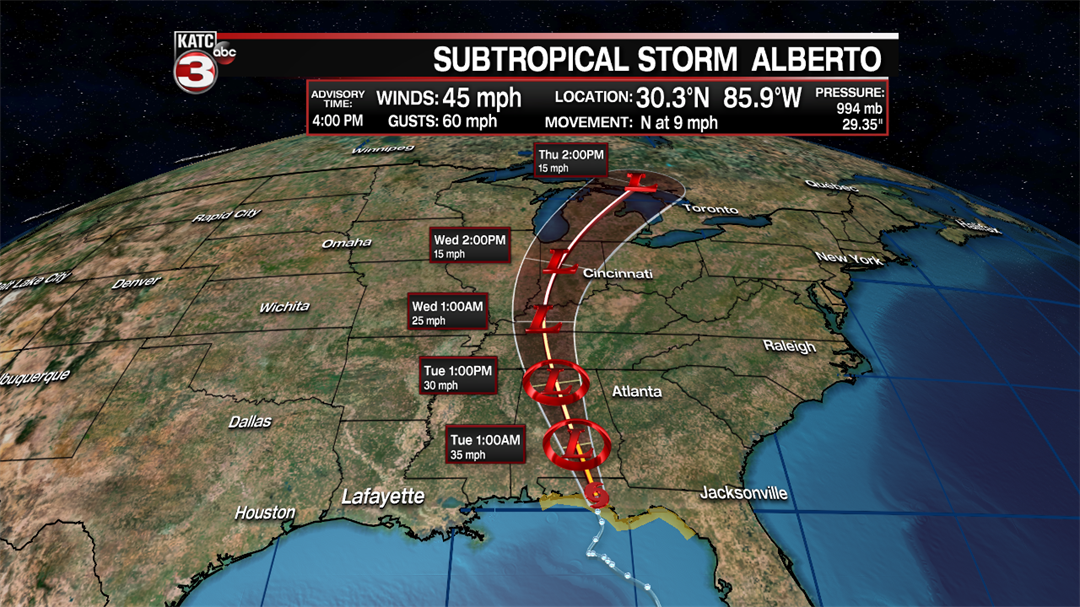 Alberto has had quite the circuitous route of a sub-tropical storm…it was quite difficult defining the center(s) at the start…and then what steered the system wound up also being a hybrid forecast.

Meanwhile, although a few showers showed up on the radar across Acadiana Monday afternoon, the trend of fewer showers and hot conditions are forecast for much of the week ahead.

Rain chances will drop to 10% or less Tuesday and closer to 5% or less for the remainder of the week. 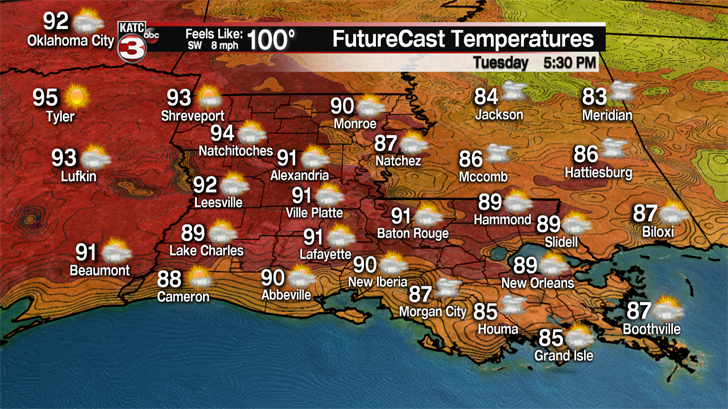 Although it will be drier rain-wise, the humidity will be inching upward, which means heat indices will climb to near 100 degrees Tuesday afternoon. 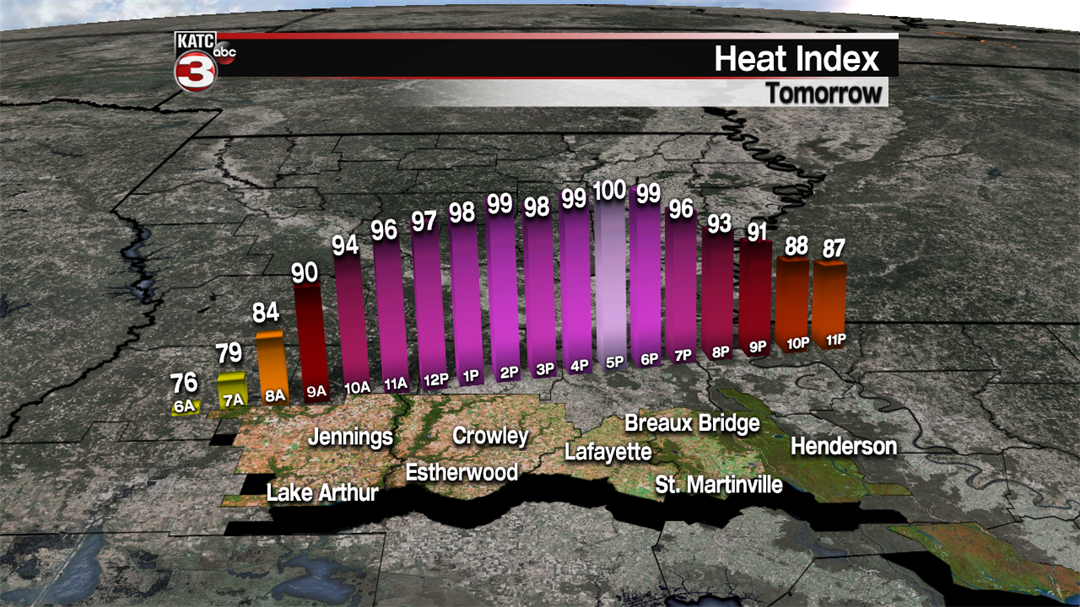 Fair to partly cloudy, hot and humid days will stay in the forecast through the weekend…and likely beyond, with big summer heat building across the region by this weekend as a ridge of high pressure aloft to our west strengthens.

This means that by the weekend, temperatures will be climbing into the mid-upper 90s, which may carry into next week; and commensurate heat indices will rise to the 104-108 degree range by this weekend, making it feel quite unbearable.

Prospects of any cooling afternoon storms will be low through the next 10 days, with the exception of an upper disturbance allowing for scattered afternoon/early evening storms perhaps for Sunday…but right now the rain chances won’t be much higher than 20-30%.

Overall, it appears that portions of the area that have not received rain recently may be pushing closer to moderate drought territory within the next couple of weeks.