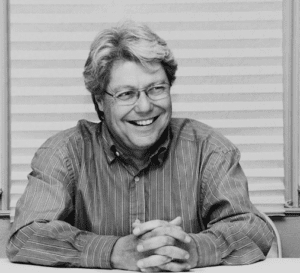 Alleged Abuse:  Accused of sexual abuse of at least 15 children in Covington and Lafayette Parish between 1978- 1983.  A lawsuit was settled; no criminal charges were filed before Primeaux committed suicide in 2012.

David Primeaux was accused of molesting boys while at a Catholic school in Covington and at two Acadiana churches.

Primeaux killed himself in December 2012 near his Virginia home. He was married and working as a university professor, and reportedly had been confronted about his pedophile past in Louisiana.

One of his alleged victims filed suit against him in 1991, accusing him of years of molestation while Primeaux was a priest in Milton and the boy was a preteen. The civil case was settled; no criminal charges were filed because the time to report them had passed.

That court case does provide some details of Primeaux’s history of molesting children, from his own statements to the psychologist whom saw him twice in 1984. The psychologist eventually diagnosed Primeaux as having a narcissistic personality disorder.

In the report, the psychologist states that Primeaux admits to molesting two children while he was a deacon at Our Lady of Fatima In Lafayette.

When he was a teacher at St. Benedict Monastery in Covington, one of his students reported sexual abuse. The priest in authority didn’t believe the boy, but when a second child came forward he confronted Primeaux and sent him away, the report states. Primeaux admitted to the psychologist that he molested at least four, possibly six, boys there. He also reports having maintained a sexual relationship with one of the boys even after he left the school.

Primeaux ended up back in Lafayette, where his patron, Monsignor Al Sigur, was in power. Sigur placed Primeaux in the Diocese’s media office, where Primeaux says he molested the son of an employee, according to the report. He became angry with his Bishop over contract disputes, and quit that job.

He ended up heading an adult education program based at St. Thomas More, again at the request of Sigur, the report states. But then he was assigned to be the pastor at St. Joseph in Milton, where he told the psychologist he molested seven children.

Primeaux left the church in 1985, the same year the psychologist wrote his report.

In the insurance lawsuit, a church document describes Primeaux as follows:

“Pastor – St. Joseph, Milton. A huge, looming problem! …  Known as pedophile and under treatment. The parents of the children involved apparently do not know, at least as of this date. This case demands our attention, since David is under treatment but still working as pastor in a parish. We need statements from his psychiatrists/psychologists as to why they think he must stay in the parish and assurance he is no present threat, Diocesan attorneys must review cases of Primeaux and Limoges and advise Diocese, Parents of children must be advised (by whom and how?)”

1978-1978:  Report indicates Primeaux had sexual contact with five students, asked to leave the school by officials.  Told to get counseling.

January 1980:  Director of Office of Communications

May 1982:  Our Lady of Wisdom, Lafayette, Associate Pastor

1985:  Left the diocese; Report from counselor outlines all the sexual abuse allegations.

1991:  Lawsuit filed, accusing him of molestation