Acadiana will continue to enjoy fair and warm mid-spring weather as we head into the new month of May, but relative humidity will be increasing from Wednesday into the weekend, until a cool front arrives by late Saturday.

Look for a mixture of clouds and sun again for our Tuesday, with mostly sunny skies likely during the afternoon hours. Highs will be in the mid-80s Tuesday. 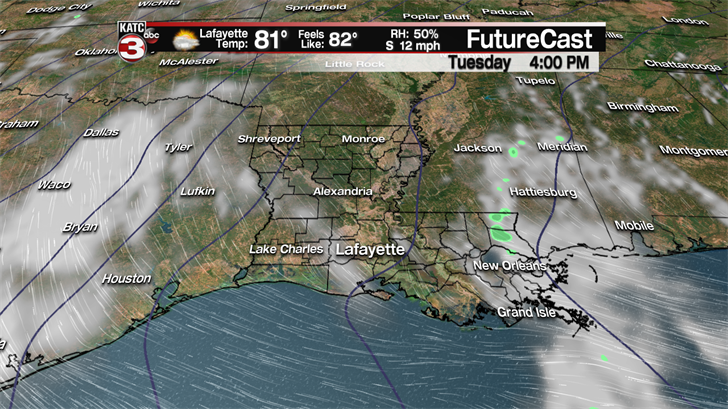 There will be a nice afternoon breeze from the south-southeast Tuesday, which will also begin to usher in higher dew points into the area. 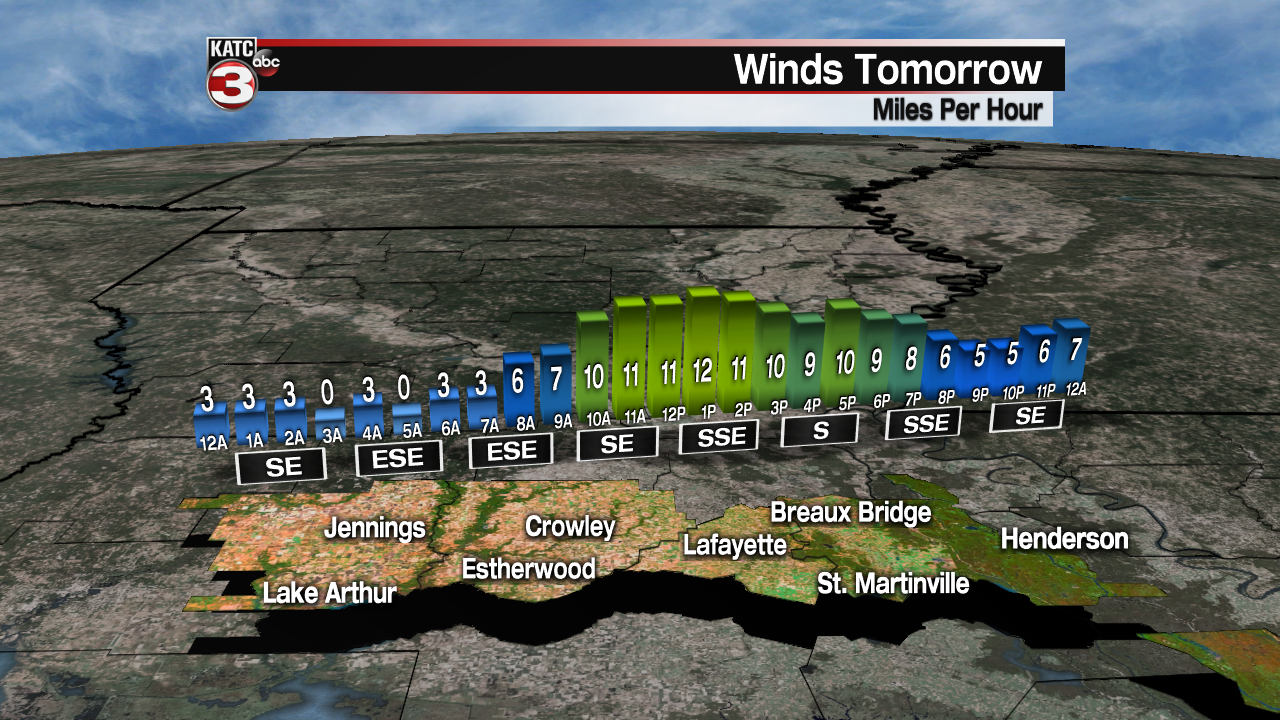 Much of the same weather can be expected Wednesday, but with the humidity will begin to become a factor.

And with temperatures topping out in the mid-80s, accompanied by higher dew points, heat indices (yes, it is that time of year we start talking about that metric) will be pushing the upper 80s. 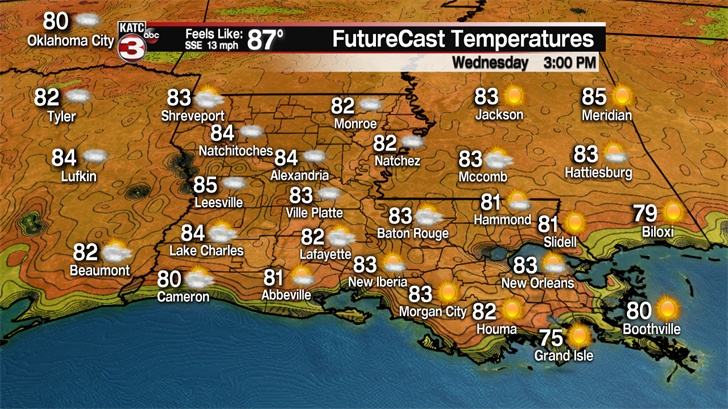 Thursday and Friday should bring much the same, although there will be an increasing trend of morning cloudiness marked with fewer intervals of afternoon sun.

And by Friday, there may be enough moisture and heat for a few scattered afternoon showers or thundershowers.

Rain chances look to ramp upward Saturday as a front passes through the region. 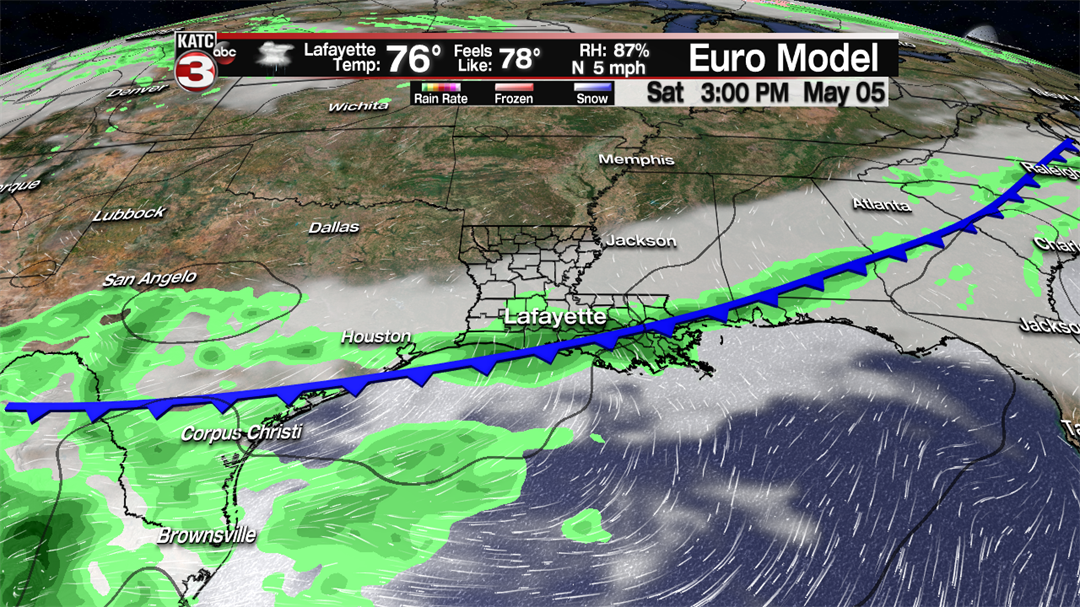 Both the Euro and GFS models are similar in their model solutions Saturday, but the GFS stalls the front Sunday keeping rain chances in the area. 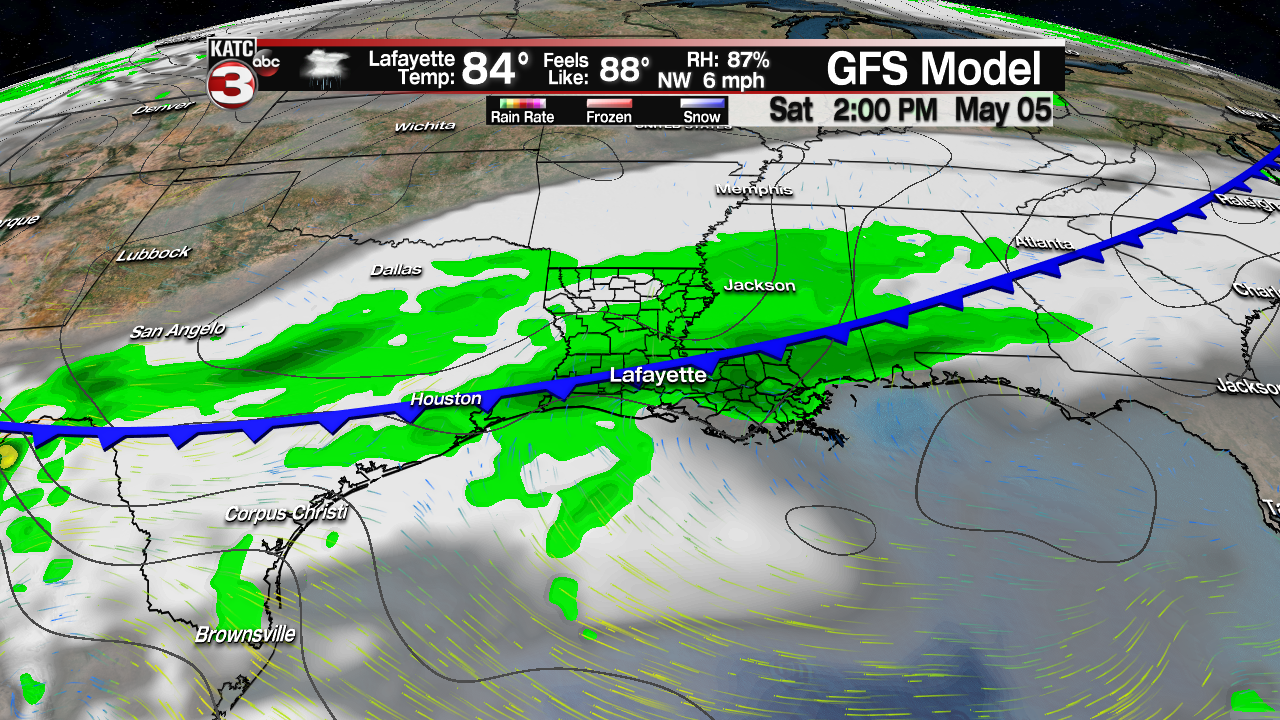 For now, we’ll side with the more progressive Euro model and salvage Sunday with partly cloudy skies…hopefully this will hold true for those planning on attending the Breaux Bridge Crawfish Festival or Jazz Fest in New Orleans.

Elsewhere, across the U.S. the weather story will be the increasing risk of severe weather across the high plains through mid-week.

The deeper Gulf moisture that will be passing through Acadiana will manifest into strong to severe showers and thunderstorms ahead of the same cool front that will arrive here this weekend.

Per the Storm Prediction Center, there will be at least an enhanced risk of severe storms containing damaging winds, large hail and tornadoes across the Great Plains Tornado Alley, including portions of Nebraska, Iowa, Missouri, Oklahoma and Texas Tuesday into Wednesday. 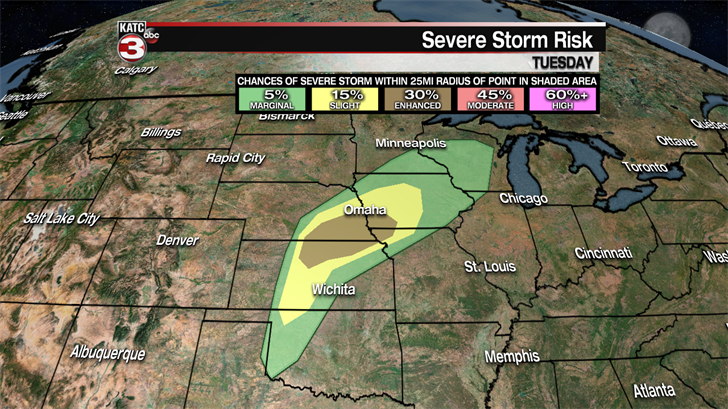 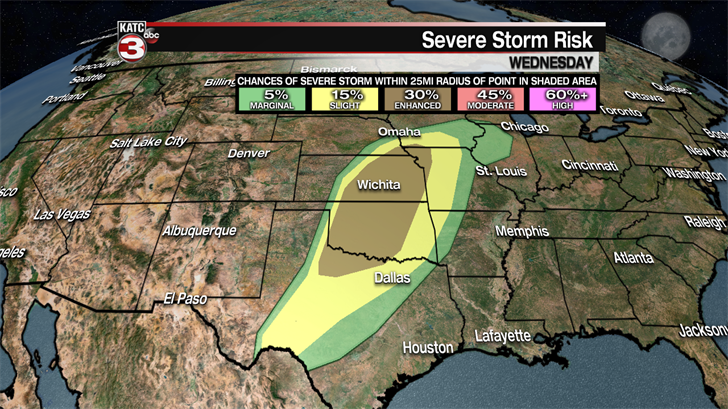 It’s been a quiet severe weather season in this part of the country so far this spring, but that will likely change this week.

By the time the same front reaches Acadiana, the risk of severe weather should be significantly lower, and at worst be minimal, and at best, non-existent.