Warmer temperatures are on the way for Acadiana this weekend, but there will also likely be a window for thunderstorms, primarily Sunday morning.

In the near term, expect partly, to eventually mostly cloudy skies Saturday, as temperatures warm from the 50s in the morning, to the mid-upper 70s during the afternoon. 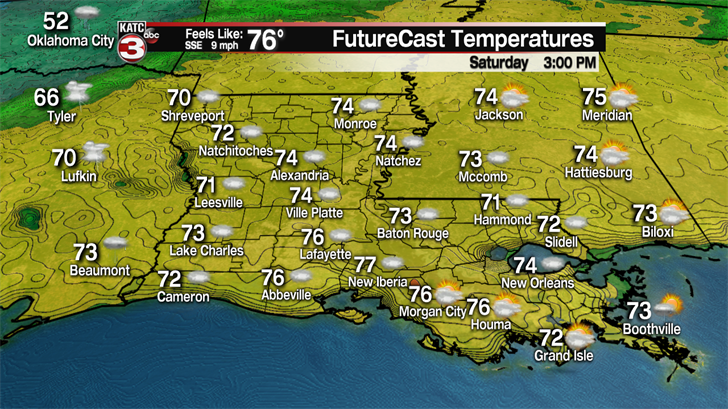 There will be a slight chance of a pop-up shower or storm late Saturday afternoon as a warm front moves northward through the area ahead of a low pressure system that will bring showers and storms to the area by Sunday morning.

Per the Storm Prediction Center (SPC), at worst, portions of the area will be under a marginal risk of severe storms, or level 1 out of 5.

This means that there might be a couple of isolated severe storms in store for Acadiana, but there may not be enough in the way of dynamics ahead of this system to warrant any severe weather "watches".

But that doe not necessarily mean there won’t be any "warnings". If severe storms do materialize, damaging winds would be the primary threat, but an isolated tornado or some hail, cannot be completely ruled out. 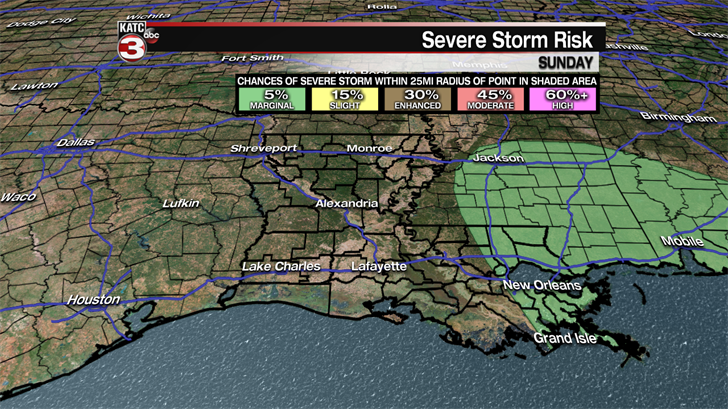 Flooding will not be a problem for Acadiana this weekend, with rain totals in most spots likely to be the the one half to one inch range, but a few isolated spots may see up to 2" where storms become most intense and where a few cells may travel over the same spot. 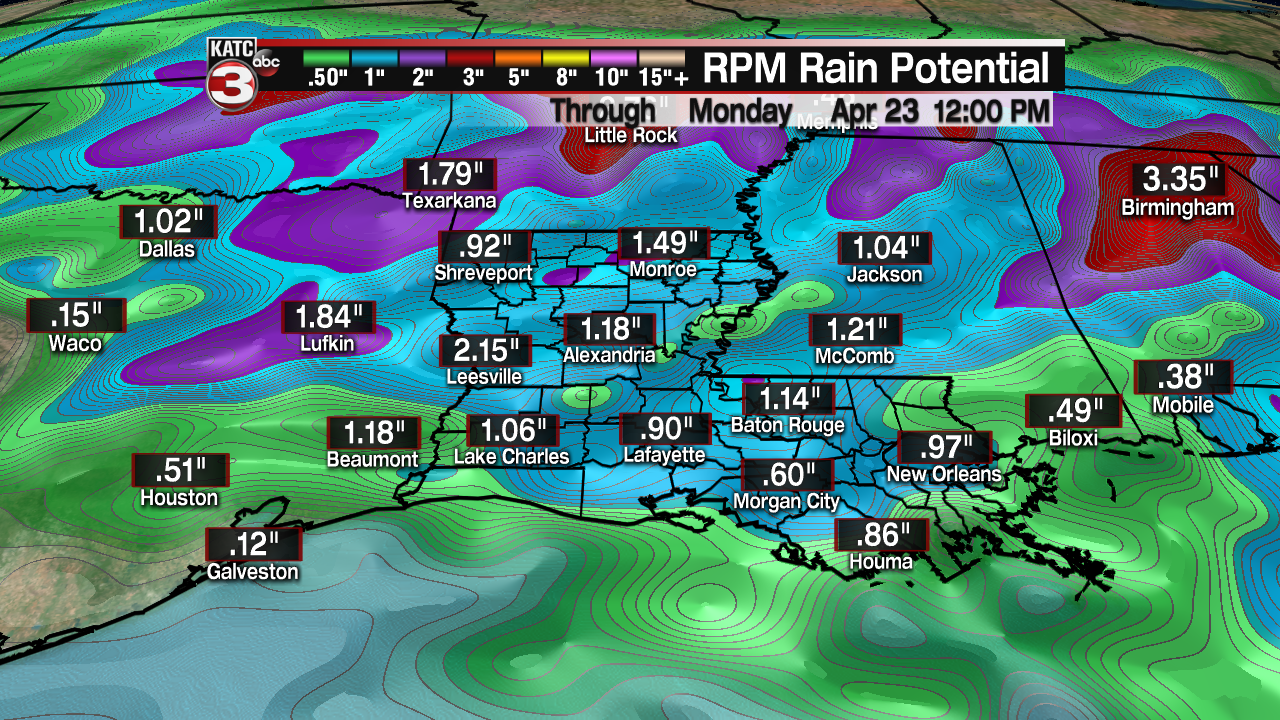 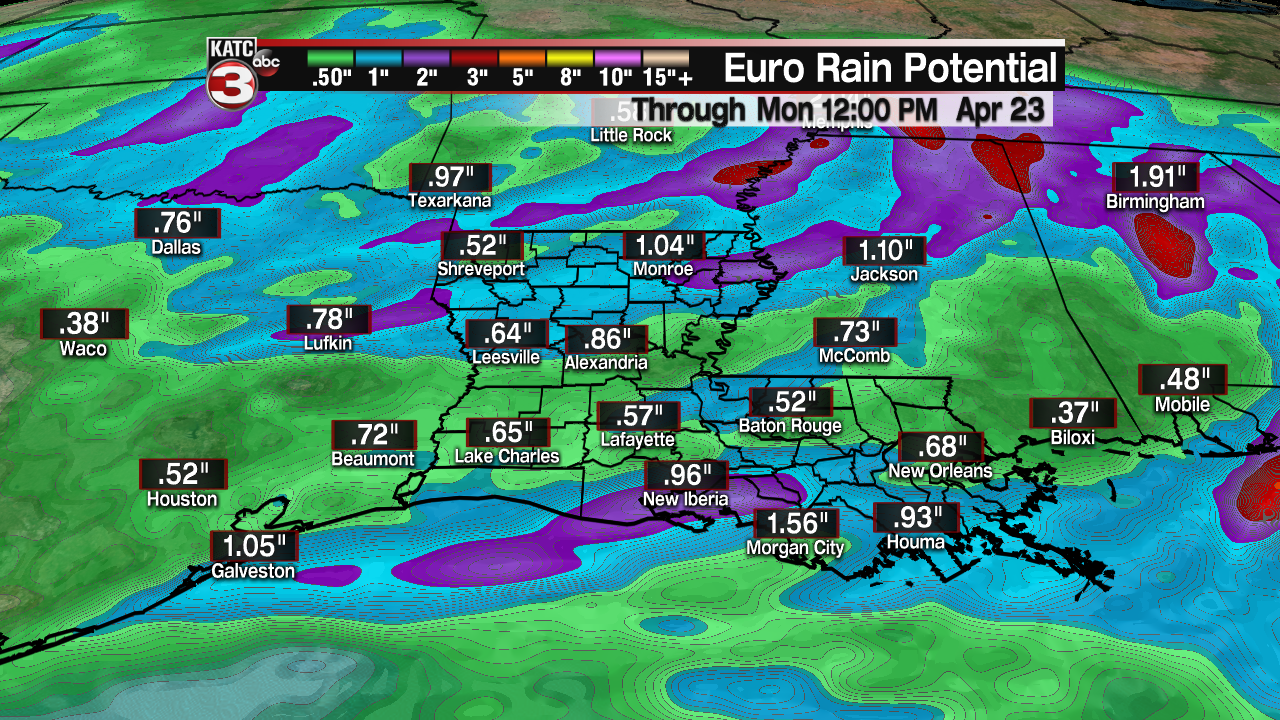 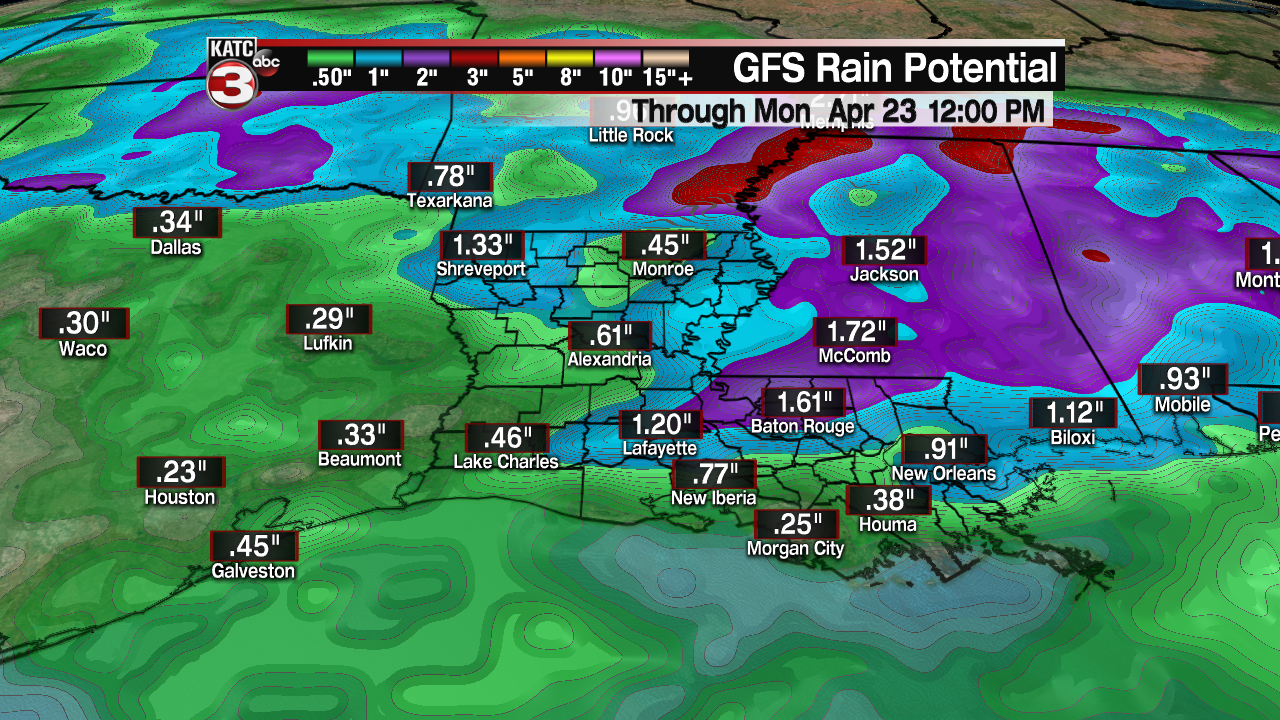 And don’t cancel any of your outdoor plans for Sunday afternoon, as drier air and possible clearing may move in for the mid- to latter part of the afternoon.

Temperatures may top out in the upper 70s to near 80 Sunday afternoon (depending on any sunshine) before slightly cooler air moves in early next week. 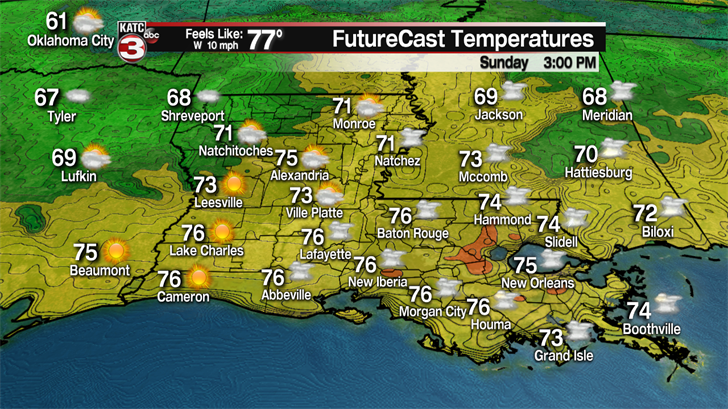 Speaking of next week, look for more clouds than sun Monday, then more sun than clouds Tuesday into Wednesday.

A weak front may generate a few scattered showers early Thursday, but overall the pattern looks dry into the weekend.

Temperatures will be mostly in the mid-upper 70s all of next week, perhaps rising into the upper 70s next weekend.

Overall the weather looks outstanding for Festival International, and a little cooler than normal, with dry and cool conditions anticipated for the evening events through Friday, followed by a mostly sunny and warm Saturday and a partly cloudy and warm Sunday.