Acadiana will get a nice and cool day to finish the work and school week Friday, but changes are on the way for the weekend, with a good chance of storms by early Sunday.

In the near term, expect a chilly night ahead with Friday morning readings in the mid-40s…normal for February, but not mid-April where lows are generally expected to be closer to 60 degrees. 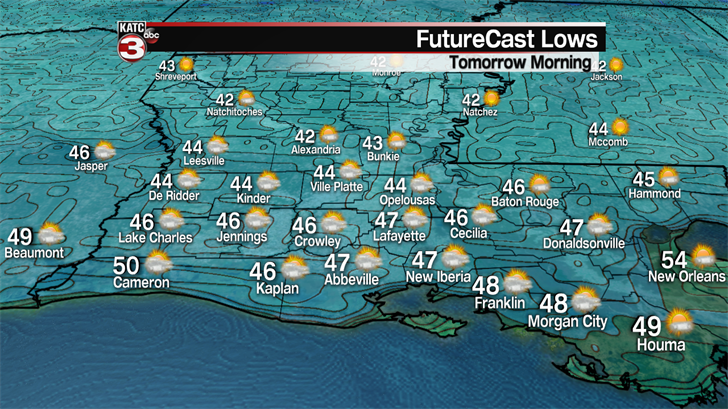 Below normal temperatures (normal is 80 degrees) will continue for our Friday under mostly sunny skies, with some high level cirrus clouds to punctuate the blue skies. Highs Friday afternoon will reach the lower 70s between 3 and 5 pm. 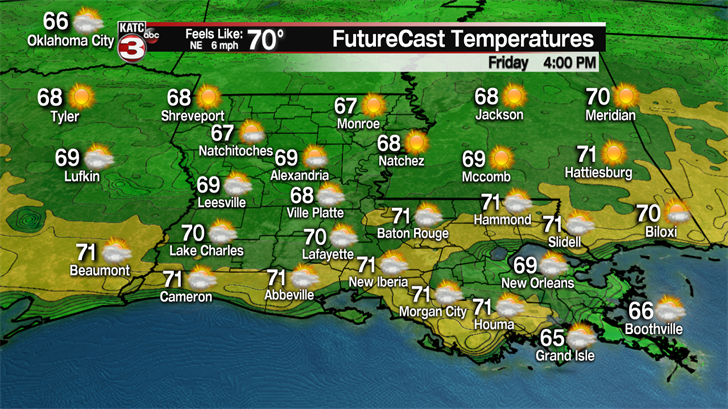 It will be cool again Friday night into Saturday morning, but low temperatures will be closer to the lower 50s.

Moving into the weekend, a storm system traversing Texas Saturday will engender plenty of clouds and milder temperatures across the area.  Highs Saturday will be in the mid-70s.

An isolated shower or thunderstorm will be possible Saturday afternoon, at 20%, but the bigger action won’t arrive into the area until after midnight Saturday moving toward Sunday morning as a low pressure system and trailing cool front approaches.

As advertised over the last several days, a few thunderstorms could be potentially severe, but per the Storm Prediction Center (SPC), there will be a "marginal" risk (level 1 out of 5) of severe storms…the main threat could be an isolated tornado or two, and/or a storm that could produce damaging winds, and perhaps some hail.

But, if the instability and quality of moisture return from the Gulf late Saturday into Sunday is a little higher, or more robust, we could see portions of the area get upgraded to a "slight" risk, or a level 2 out of 5.

Just for reference, the last three severe weather events that the area experienced, Acadiana was hatched in for a marginal to slight risk…so stay weather aware early Sunday, have your KATC Weather App (KATC WX) set to "notifications" and for your set for your location.

Rainfall totals shouldn’t be an issue with regard to any flood threat, with generally one half inch to an inch and a half possible across the Acadiana area…totals could be higher mainly into the central and northern part of the state. 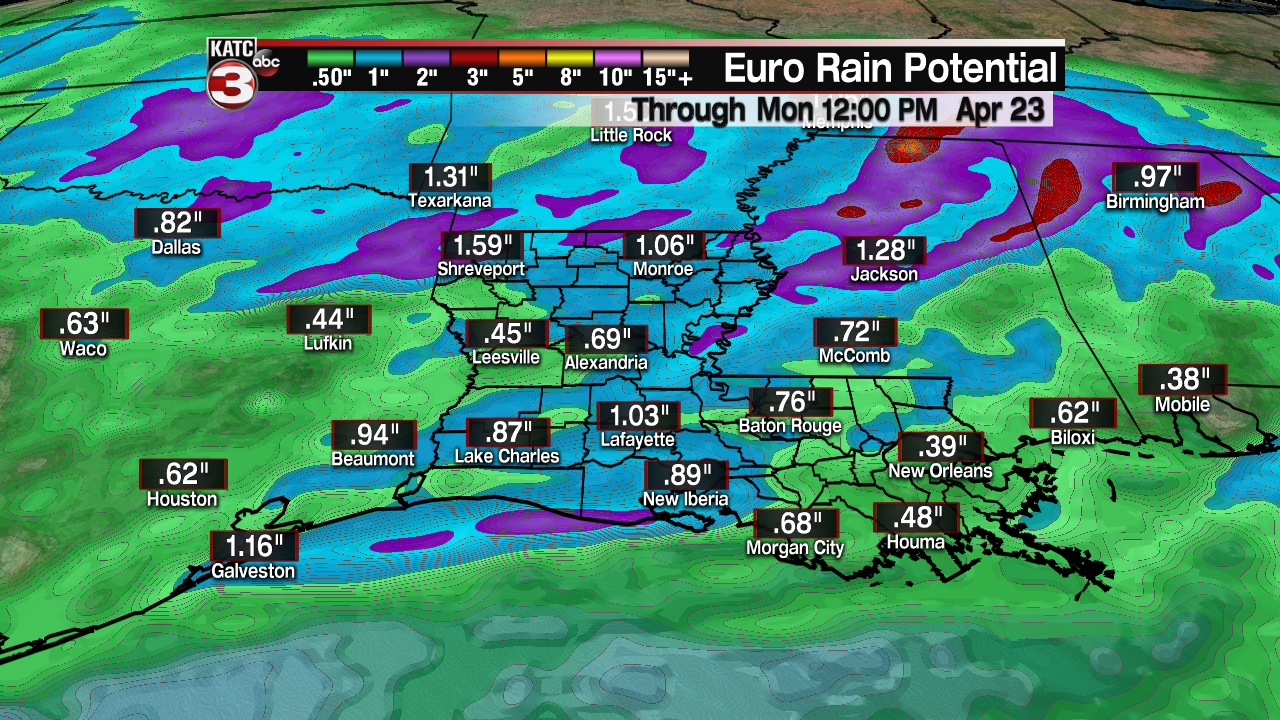 Part of Sunday may be salvageable however, with showers and storms ending by the midday, and even with the chance of some clearing by the late afternoon/early evening.

Moving into next week, plenty of clouds and a few intervals of sun, but generally dry conditions, are expected Monday and Tuesday, with mostly sunny and pleasant weather anticipated Wednesday.

A weak front may produce a few (20%) daytime showers Thursday, but the pattern remains favorable for the balance of Festival International with highs ranging from the mid-upper 70s to lower 80s into next weekend along with "cool-ish" night-time lows in the mid-upper 50s.