Acadiana will get to enjoy another couple of days of fair and seasonably cool weather before changes return this weekend, including a good chance of storms by early Sunday.

In the near term, a cool front will push through the area overnight into Thursday morning, with perhaps a few light showers and/or sprinkles well after midnight.

Skies will clear by Thursday morning with a mostly sunny, breezy and cooler day expected. Temperatures will top out in the upper 60s to lower 70s Thursday, some 10 degrees below normal. 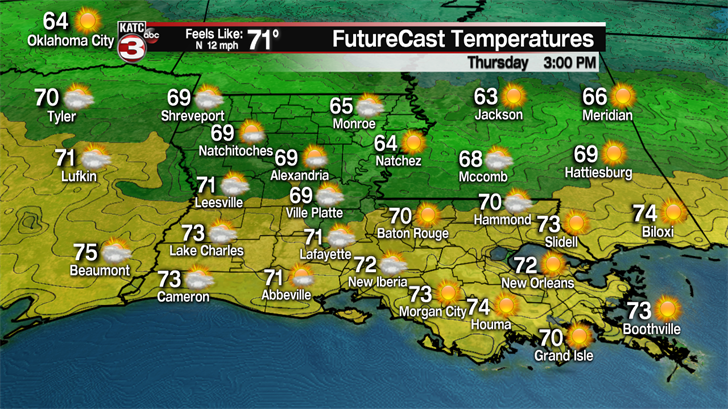 Add a fresh breeze from the north Thursday, and it will feel that much cooler. 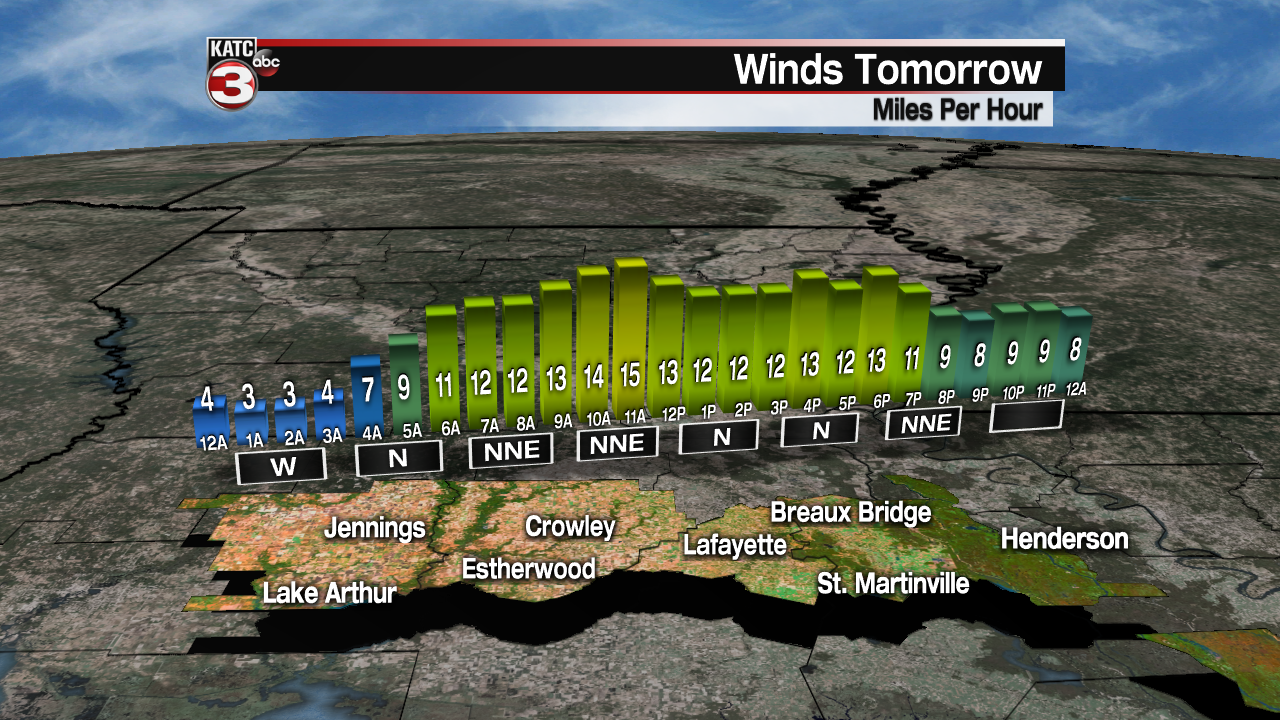 Temperatures drop further into Thursday night with readings by Friday morning dropping into the mid-40s…enjoy the free "a/c" before the real "a/c season" kicks in…which is more than likely. just weeks away. 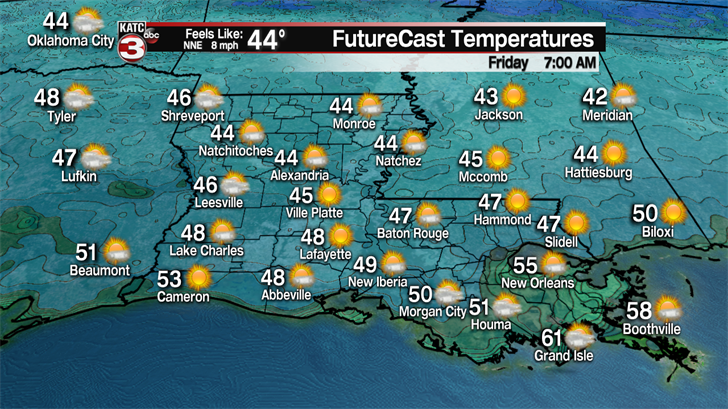 Moving into the weekend, milder temperatures accompanied by breezy southerly winds and more cloud will develop Saturday ahead of a slow moving storm system that moves through Louisiana Sunday.

The chance of showers and storms will likely increase and move in from the west well after midnight Saturday night, with highest rain chances arriving by Sunday morning.

While it continues to remain unclear as to the threat, if any, of severe weather with this system, the latest model runs show a definitive weakening trend in the potential for severe storms dynamics.

With that being said, the risk of severe storms will likely not be zero early Sunday, but we might be in "marginal to slight risk" territory…see the latest Storm Prediction Center forecasts, especially as we near the end of the week.

While the chance of strongest, most concentrated storms will arrive early Sunday, there could be some lingering showers through the afternoon into the evening hours.

Rainfall totals for this weekend at this point, are not a concern, with 1-2" at most, possible.

And with the upper support for this area of low pressure not only weakening, it will also become cut-off from the jet-stream, so a slow departure of the system could translate to a couple of mostly cloudy days to follow into early next week.

Moving beyond toward the mid-latter part of next week, the weather pattern still looks rather favorable for the start of Festival International, but there are still no promises on a rain-free weekend to follow…but it still does look promising at this point…fingers crossed!