You Can Now Buy Chocolate Hummus At Trader Joe’s 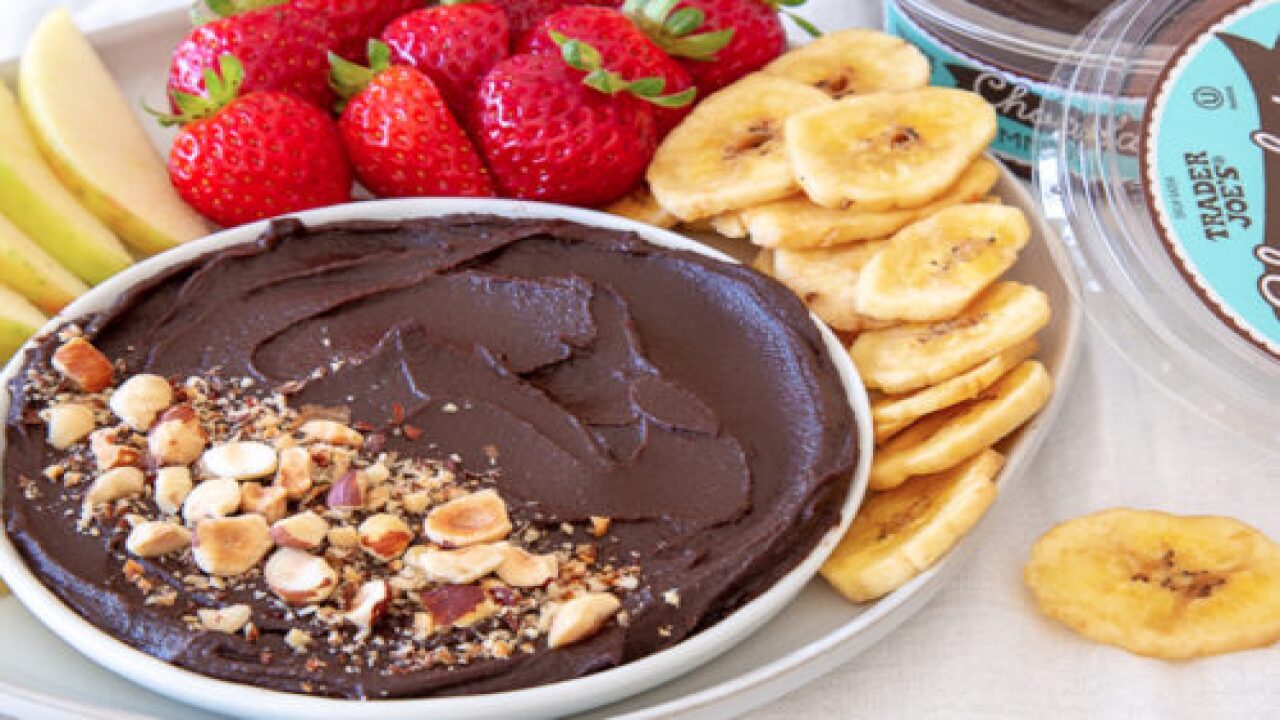 There’s another sugar-craving buster on the market, and we are here for it: Trader Joe’s just put chocolate hummus on its shelves.

The dessert hummus only has 50 calories per serving. It’s a healthier choice to complete any meal, for sure.

The Trader Joe’s Chocolate Hummus is made from a standard base of cooked chickpeas, tahini, expeller pressed canola oil and sea salt. It has a typical creamy hummus texture and is made by a Trader Joe’s vendor that makes some of its other hummus varieties.

“We’ve swapped the savory for the sweet — instead of garlic, roasted red peppers, eggplant, or any of the other typical hummus mix-ins, we’ve added in cane, sugar, cocoa, and natural flavor in their place,” Trader Joe’s says on their website. They call it a “sweet-but-not-too-sweet” chocolaty spread with a “subtle sesame undertone.”

Trader Joe’s recommends eating the dessert hummus with fruits such as sliced apples, strawberries, bananas or snacks such as pretzels and graham crackers. Or, just eat it by the spoonful.

TJ’s made the announcement about their chocolate hummus on Instagram, and commenters flooded the post with likes:

We love #chocolate… and we love #hummus… but Chocolate Hummus?! Admittedly, we were skeptical. Until we tried it. Folks, this stuff is GOOD. Like, really good. Made from a standard hummus base of cooked chickpeas, #tahini, sea salt, & expeller pressed oil, its texture is much like any other smooth & creamy hummus. Flavor-wise, however, #TraderJoes Chocolate Hummus presents a whole new world. We’ve swapped the garlic & spices for #cocoa & cane sugar, and the result is a sensibly #sweet, chocolaty spread with subtle sesame undertones… headed straight for the Hummus Hall of Fame! ð — | 50 Calories | 1.5g of Fat | 1g of Fiber | 90mg of Sodium | 9g of Carbs | 5g of Sugar | 2g of Protein |* — *Per serving (2 Tbsp)

The 8-ounce tubs cost $1.99 and are be found in the store deli cases. Even the price is low enough to enjoy!

Of course, this isn’t the first dessert hummus out there in grocery stores, and there are plenty of recipes for chocolate hummus you can follow if you’d like to create and tweak your own version of chocolate dip with a garbanzo bean base at home.

But if you’d rather not commit to making your own before you try it and there isn’t a Trader Joe’s near you, we also found it on the shelves at Aldi, which carries Brownie Batter dessert hummus, as well as a vanilla bean flavor. These dessert hummuses come in six-packs of single-serving cups.

It’s safe to say we’ll be having dessert first at dinner tonight!