UL Volleyball Follows Wisnoskie to Another Sweep, Moves to 4-0

Keeps best start for the Ragin’ Cajuns since 2014 going 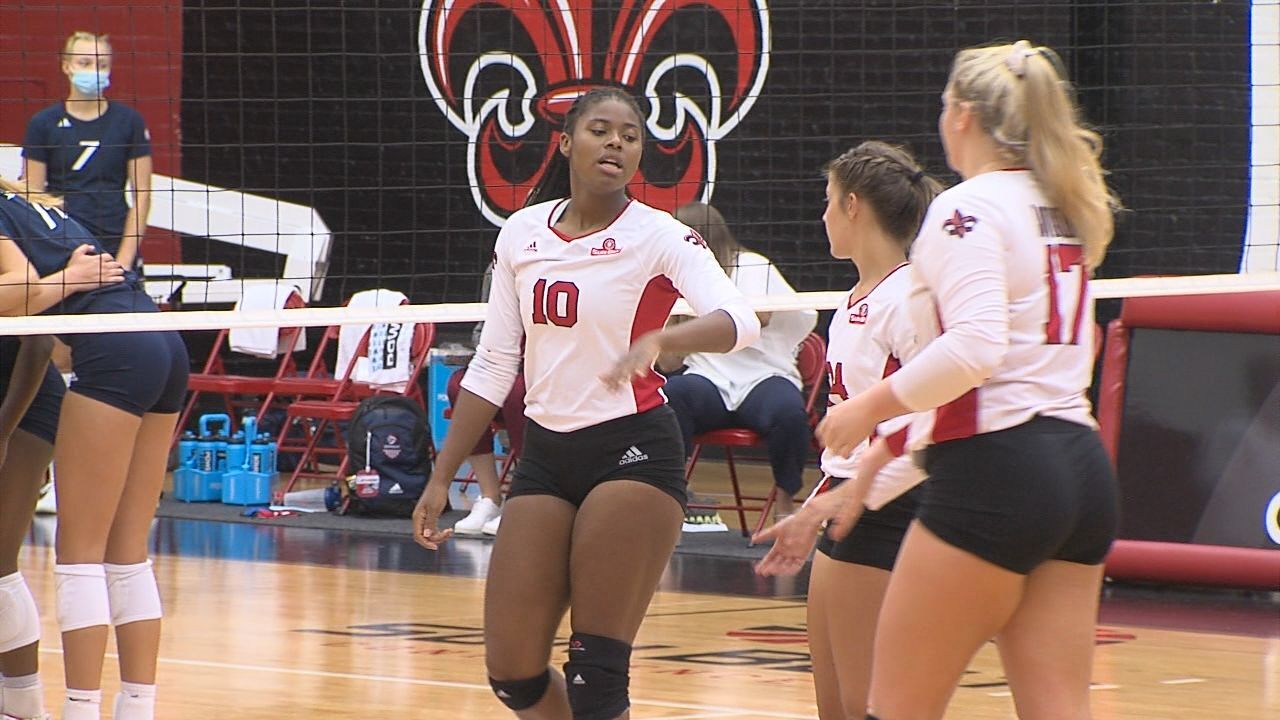 Wisnoskie willed Louisiana to a commanding 2-0 lead in the contest, firing off 18 kills on 31 error-free swings (.581) over the first two stanzas combined.

The Columbus, Texas product landed six kills early on in the match with the latter keeping the Ragin’ Cajuns ahead, 12-10, in the first set. In that same frame, the senior outside hitter produced each of the team’s final three points with a kill.

A 10-3 start for the Jaguars to the second had the Ragin’ Cajuns in recovery mode. The bounce back began when Hannah Ramirez served up four straight points to slice the deficit to 10-8. Later on, it was Wisnoskie totaling five of her eight kills in the frame to lift the hosts into a 20-17 lead.

Freshman Taylor Gates delivered three timely kills in the closing moments of the key second set triumph, then sparked a tie-breaking 5-0 run to give Louisiana a commanding 10-5 advantage in the final set. The Jaguars would get no closer than four points the remainder of the contest.

Wisnoskie extended her streak of consecutive matches with double-figure kills to 15 straight dating back to last Oct. 18, and also collected her fourth career outing of 20-plus kills. She ended the two-match series against South Alabama with 39 kills at an average of 6.5 per set on a .449 hitting percentage.

Gates, wrapping up her first full weekend at right side hitter, found the floor for a kill a season-high nine times.

Kelsey Bennett added seven kills off 18 swings and was tied with Kara Barnes and Tia Jade Smith for team-high honors with three blocks.

Five different Ragin’ Cajuns scooped double digits in digs led by Ramirez who rounded up 15. Avery Breaux joined her in double figures with 10 digs, and when added to 32 assists resulted in her second double-double of the season.

Louisiana stays at home for a third consecutive weekend for a pair of matches on Saturday, Sept. 19. Play begins at 11 a.m. vs. Lamar.