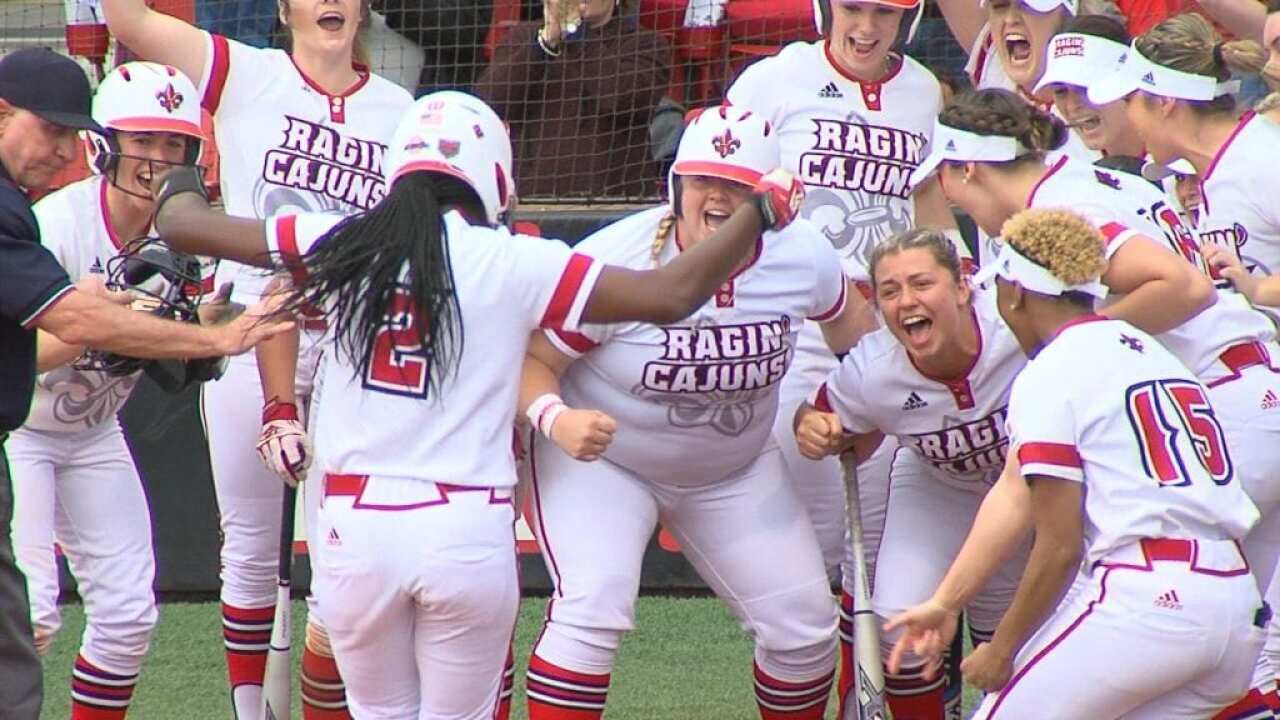 LAFAYETTE – A total of 14 non-conference games against programs that finished with a Top 25 RPI rating in 2019, plus a visit to Yvette Girouard Field at Lamson Park by Louisiana State, highlight the 2020 schedule for Louisiana Ragin’ Cajuns Softball.

In addition to a home-and-home with Louisiana State, the marquee non-conference dates include matchups with Oklahoma State, Ole Miss, Texas, Florida, Florida State and Alabama. By March 1, the Ragin’ Cajuns will have completed 11 games against the group.

“This schedule was made with the intention of providing our team a chance to prove themselves on the field against some of the top teams in the country,” Louisiana Softball head coach Gerry Glasco said. “The focus was also for our program to have an opportunity to possess one of the strongest strength of schedule ratings this spring.

“Without a doubt this schedule is going to challenge and test our club very early in the season,” Glasco added. “In all we’ll compete against seven opponents who advanced to the Super Regionals or WCWS in 2019 – all but one game away from home.”

Louisiana is scheduled to play 28 games at Yvette Girouard Field at Lamson Park and in Sun Belt Conference play will host rivals Texas State and South Alabama. The Ragin’ Cajuns are competing at home at least two weekends of each month throughout the season.

The third campaign of the Glasco era begins Feb. 7-8 at Lamson Park with the 34th Annual Louisiana Classics. The Ragin’ Cajuns meet Ball State, UTSA and North Texas on the opening weekend.

The following weekend is highlighted by the matchups with Louisiana State – the first regular season contests between the two programs since 2001. The Ragin’ Cajuns and Tigers meet at Lamson Park on Feb. 15, then in Baton Rouge the next afternoon.

Over the final two non-conference weekends, Louisiana travels to Birmingham, Alabama, for the UAB Blazer Classic (Feb. 21-23), where the squad will face off with Oklahoma State and Ole Miss, and then to Gainesville, Florida, for a three-game series with Florida (Feb. 28-March 1).

In between the trips to UAB and Florida, the Ragin’ Cajuns travel to Austin, Texas, during Mardi Gras break for a Feb. 25 doubleheader with the Longhorns.

The Texas State (March 27-29) and South Alabama (April 3-5) series occur in back-to-back weekends at Lamson Park. In the middle of those two weekend sets is a midweek game with I-10 neighbor McNeese State on April 1.

The regular season concludes at Lamson Park starting with a midweek visit from Louisiana Tech on April 29, immediately followed by an SBC series with ULM (April 30-May 2). The next week, Louisiana travels to Atlanta for the 2020 Sun Belt Conference Tournament set for May 6-9 at Georgia State’s Robert E. Heck Softball Complex.

The NCAA Tournament begins May 15-17 with 64 teams playing across 16 regional sites. Louisiana has an active streak of 21 straight NCAA Tournament appearances and is one of only nine programs to appear in the field every year since 2000.

Louisiana seeks to build upon one of the program's most successful seasons ever. The 2019 squad swept the Sun Belt regular season and tournament championships, boasted a Top 10 national ranking, earned the program's 21st consecutive NCAA Tournament bid and recorded the first 50-win campaign since 2012.