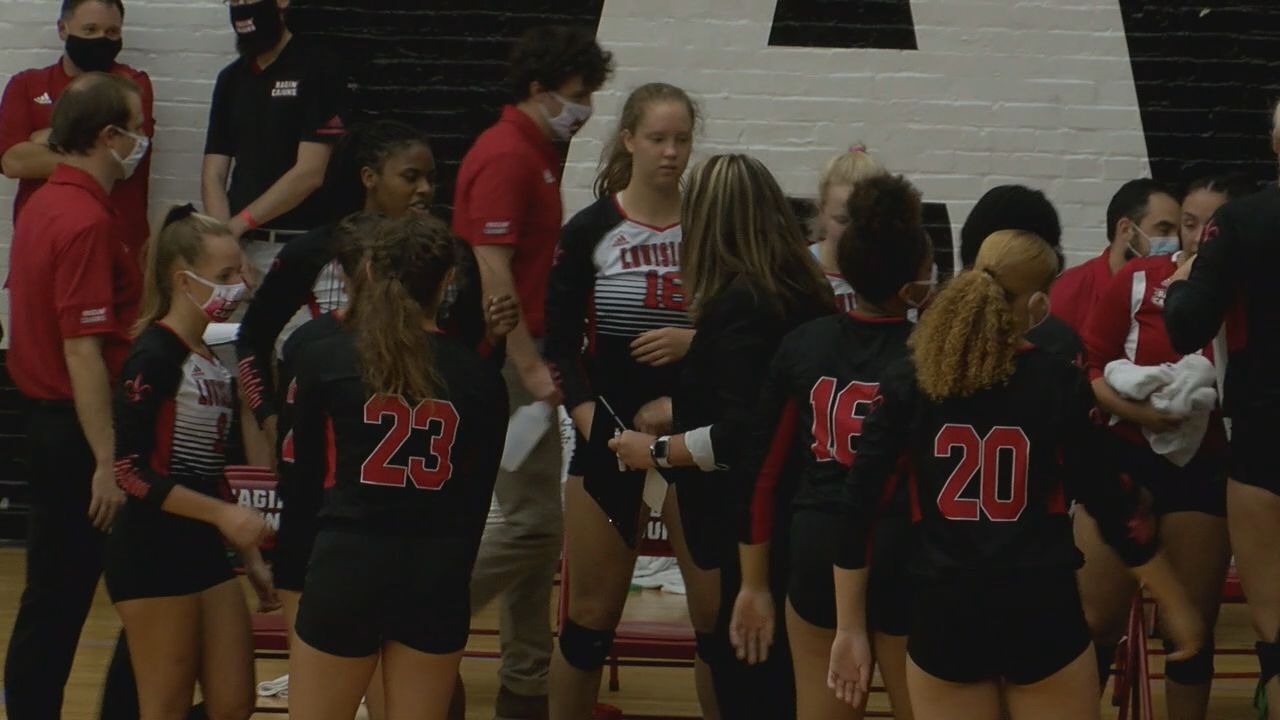 LAFAYETTE — Louisiana Volleyball seeks to build upon a 2-0 start to the 2020 season as the squad embarks on the second weekend of play in the 2020 season, hosting South Alabama in a pair of matches Friday-Saturday, Sept. 11-12 at Earl K. Long Gym.

The Ragin’ Cajuns (2-0) and Jaguars (0-0) start the two-match series on Friday at 6:30 p.m., followed by a Noon matchup on Saturday. Both meetings between the two Sun Belt Conference members will be recorded as non-conference matches.

Louisiana is continuing its season-opening, six-match homestand which began with a sweep of Houston Baptist last weekend. It marked the first undefeated opening weekend since 2014.

Due to facility capacity constraints, Louisiana Volleyball’s attendance policy for 2020 is that home matches will not be open to the general public.

Home and visiting teams will operate pass lists for admittance into Earl K. Long Gym, as spacing and safety protocols ahead of each event will allow.

13: Consecutive matches reaching double digits in kills for Hali Wisnoskie, a streak which dates back to last season (began Oct. 18, 2019).

20.7: Digs per set averaged by the Ragin’ Cajuns in last weekend’s sweep of Houston Baptist.

- During the 2019 season, South Alabama finished second in the Sun Belt East Division and posted its first 20-win season since 1989.

- The Jaguars return seven letterwinners, led by senior outside hitter Meaghan Jones who was a second team All-Sun Belt selection. Jones has recorded 10 or more kills in five consecutive matches dating back to a Nov. 2 win over Appalachian State last season.

- This weekend’s play marks the start of the 2020 season for the Jaguars who are entering their second season under the guidance of head coach Alexis Meeks-Rydell.