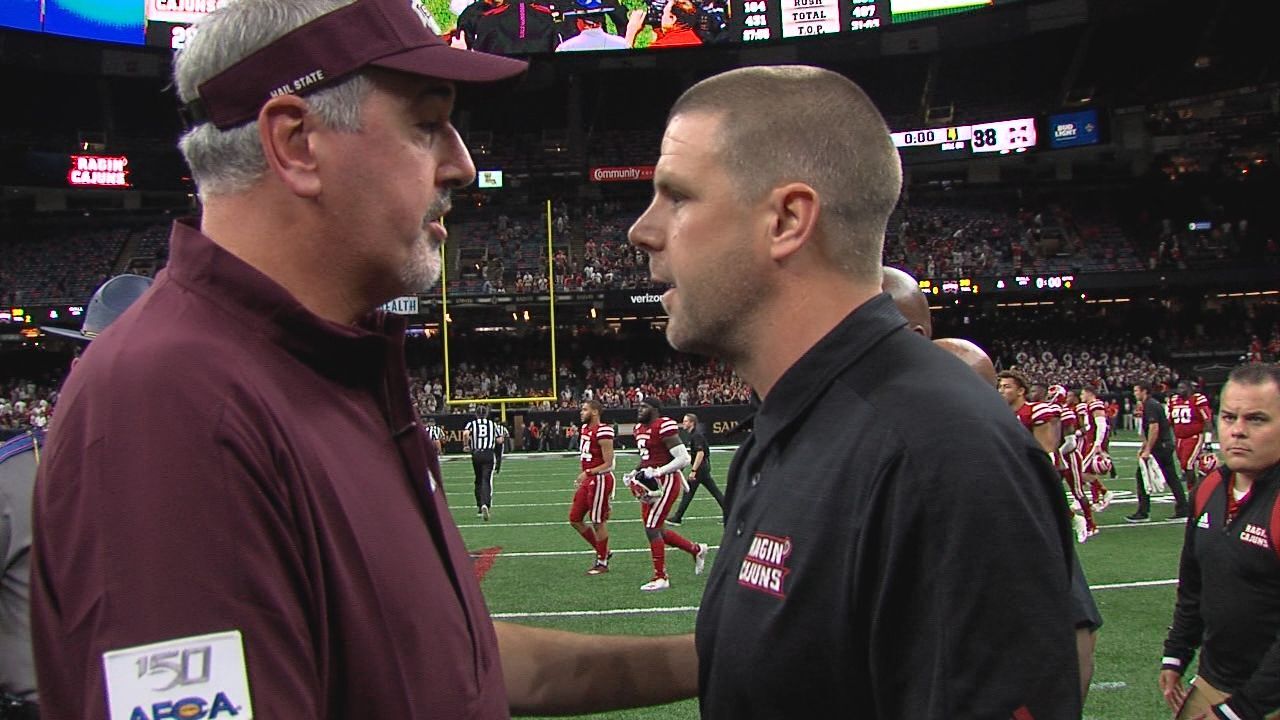 LAFAYETTE — For many, Louisiana's hard fought loss to Mississippi State was a moral victory. (If you believe in such things.) After all it had been years since the team even hung around an SEC foe.

For coach Billy Napier, however, there is a bitter taste in his mouth.

"We need to use the emotional things that came from this, knowing we were in the fight and had a chance to win the game the damage that does to you and now you have to lay in bed at night and think of what you could have done better," Napier said in his opening statement Monday.

Louisiana made mistakes, the Cajuns turned the ball over and still the team was down just seven points with 2:30 to play.

"I've got tons of respect for Mississippi State. They play in a tough, competitive league and they're a good team, but when we screwed up, it's because we screwed it up," Napier said.

Napier referenced the idea that the team played down a man on about four occasions during his Monday press conference, challenging the team's execution on both sides of the ball. One of the more glaring issues came in Louisiana's run defense. The Cajuns finished near the bottom in the nation in that category in 2018 and allowed 200-plus yards for the fifth time in six games.

"I think there were gap integrity issues. We were gaped out a couple of times. Maybe guys move in a gap, and we didn't get where we were supposed to. That's what I mean we need 11 out of 11. When we're short a guy we go 10 for 11 and there is a crease or we make a miscommunication and there is a guy where there shouldn't be. There has to be a high level of execution," he said.

After 60-minutes of football, Napier was clear that he is impressed with the team's ceiling and expects many of the team's mistakes to be cleaned up when Louisiana hosts Liberty on Saturday.