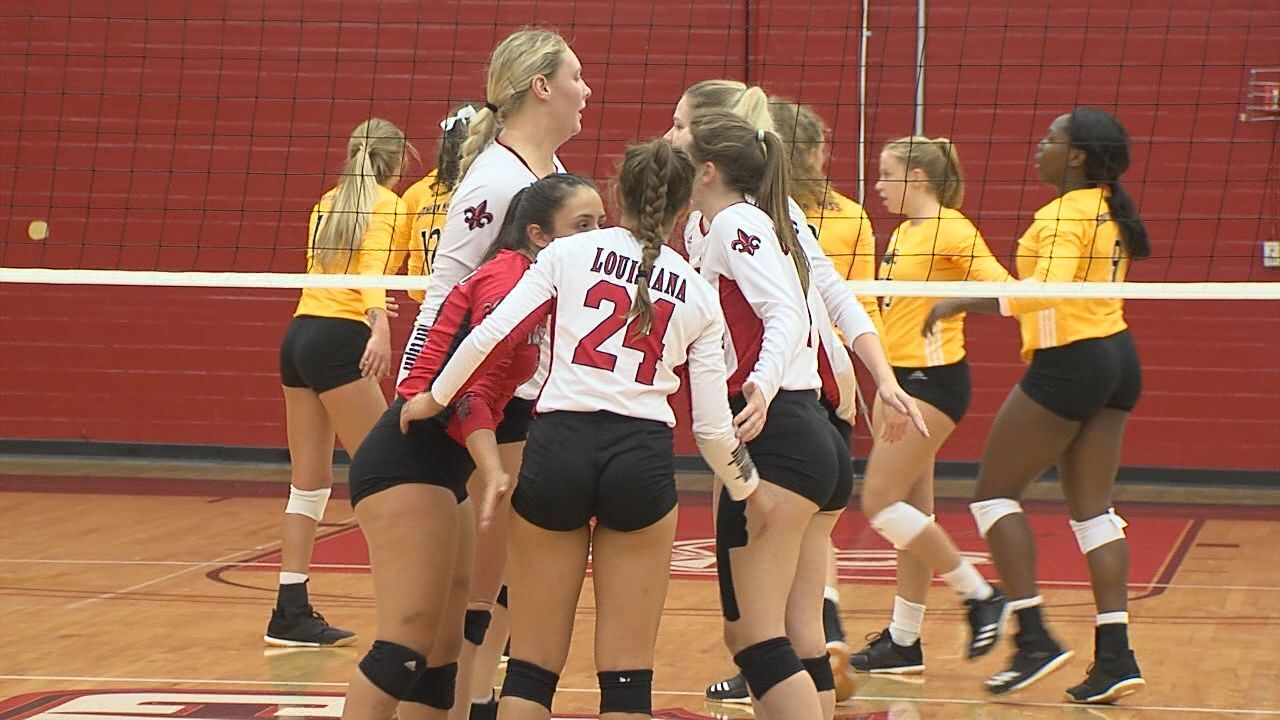 The offensive efficiency had the Ragin’ Cajuns, who trailed only once the entire night, in control from start to finish. The defense kept USM from posing a threat, holding the Golden Eagles below a .100 hitting percentage until the final stages of the third set.

While the offense did its part in building a commanding 2-0 lead, hitting .250-plus each of the first two sets, it was from the service line where Louisiana shored up key wins in the first and third set.

Hali Wisnoskie served up a pair of three-point runs that were key in the opening frame – when USM held and 11-9 edge in kills – the latter stretching the lead to 20-14. Then in the third set, Lexi Hebert sewed up the sweep by serving Louisiana out to a 7-0 lead to start the frame.

The offense was spread evenly between five players who scored at least five kills. Tia Jade Smith led the way with eight kills off her 16 swings.

The frontline defense was a group effort as well, with six different players having a hand in at least one block. Abram was involved in three blocks – one solo stuff and two assisted blocks.

The Ragin’ Cajuns open tournament play on Friday meeting Arizona State at 11 a.m. and Georgia Tech at 5 p.m., then conclude their stay in Oklahoma on Saturday facing the host-Sooners at 11 a.m.