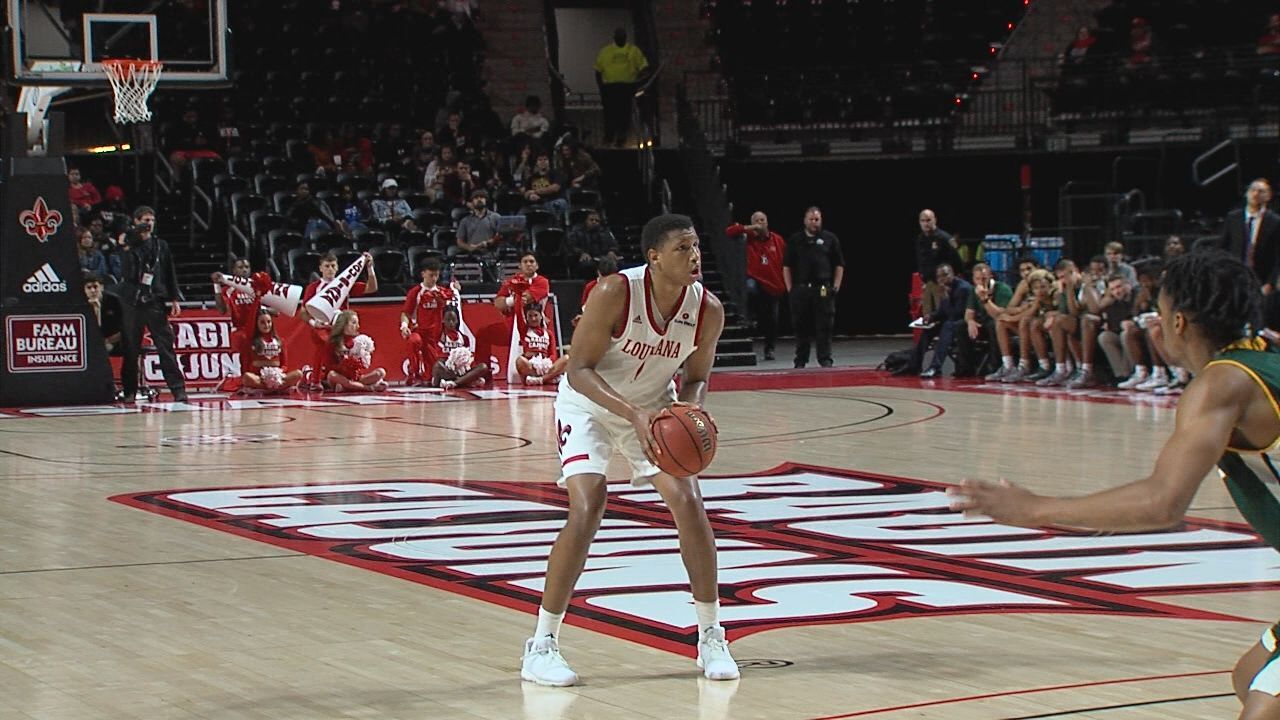 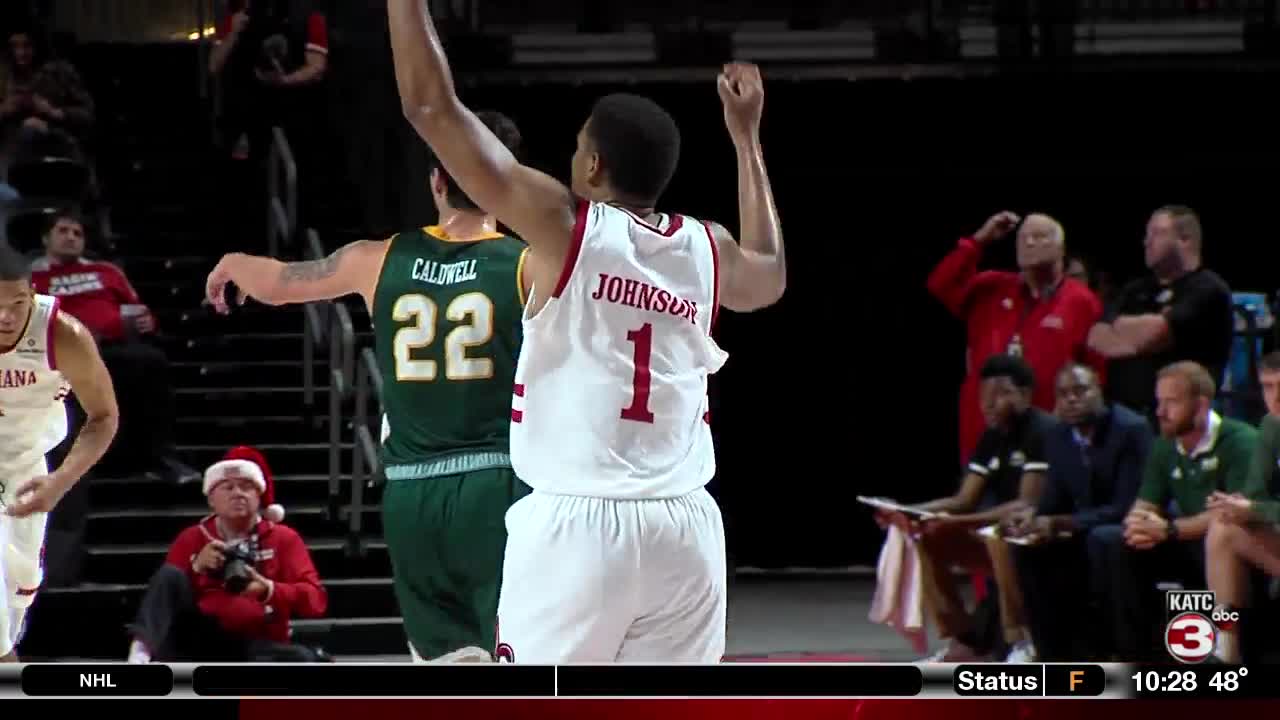 LAFAYETTE – Jalen Johnson notched his second double-double of the season, posting a career-high 26 points with 10 rebounds, and the Louisiana Ragin’ Cajuns Men’s Basketball team shot a season-high 57 percent from the floor in defeating Southeastern Louisiana, 98-81, on Tuesday at the Cajundome.

Cedric Russell added 16 points with Kobe Julien scoring 12 as Louisiana (5-3) erased an early 14-point deficit outscoring SLU (2-6), 19-4, over the final 6:10 of the first half to lead 43-42 at the break. Tirus Smith came off the bench to score 11 points while grabbing a season-high seven rebounds while P.J. Hardy added 10 points, including three 3-pointers.

The Lions opened the game with a 12-2 run, capitalizing on five Ragin’ Cajuns turnovers while making six of their first seven attempts from the floor. Louisiana would settle down as Johnson would drain a 3-pointer and Julien would follow with a three-point play to cut the SLU lead to 12-8.

SLU would hold off the Ragin’ Cajuns and eventually build their lead to 38-24 after a bucket by Byron Smith at the 6:30 mark of the first half. But the Lions would go scoreless for the next five minutes as Louisiana would take a 39-38 lead on Julien’s bucket with 2:37 remaining in the half.

Louisiana, which finished 32-for-56 (57.1 percent) from the floor, opened the second half with baskets by Johnson and Julien and forcing SLU into a quick timeout.

Louisiana held a decisive 41-27 advantage on the glass while committing four turnovers in the second half after posting 15 in the first 20 minutes.

Johnson, whose previous career-best (24) came two years ago while playing for Saint Louis University, finished 10-for-14 from the floor for the Ragin’ Cajuns and 3-for-4 from behind the 3-point line. Julien notched career-bests in both assists (7) and steals (4) for Louisiana while Dou Gueye dished out a season-best five assists.

Brewer scored 17 of his team-high 23 points for SLU, which went 17-for-34 from the floor in the first half before going 13-for-34 (38.2 percent) in the second. Freshman Nick Caldwell scored 16 points for the Lions, who dropped all four games on a roadtrip that began at Tulsa on Nov. 20.

Jeremiah Saunders added 12 points – all from behind the 3-point line – for SLU with Brewer grabbing a team-high seven rebounds.