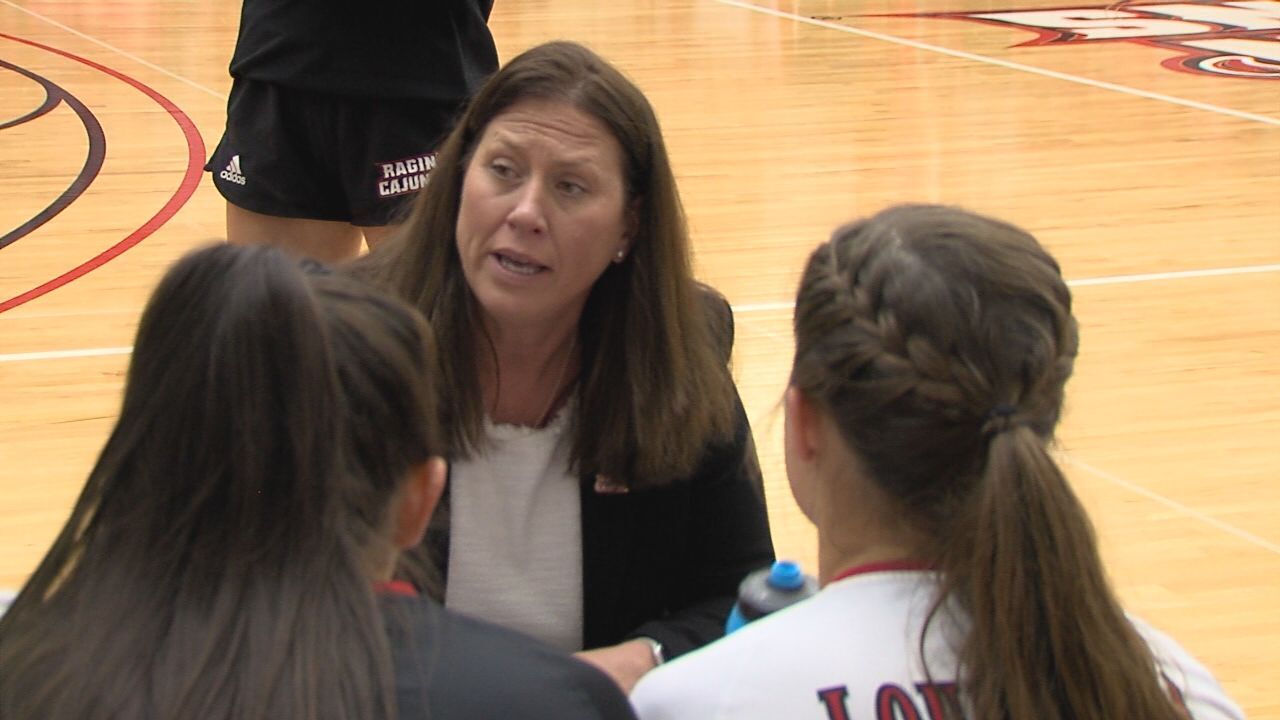 Louisiana Ragin’ Cajuns Volleyball pushed Sun Belt East leader Coastal Carolina to the very end of the first two sets Saturday at Earl K. Long Gym, but the visitors used their edge on offense to claim those frames and then another push to pull away in the sweep-clinching third frame.

Louisiana was either ahead or leading through 10-9 in the first set, until a four-point run pulled CCU into the lead. A block thrown up by Dree’Ana Abram and Avery Breaux cut the Chanticleers’ lead to 13-12, however a 16-6 edge in kills eventually paid dividends for the visitors.

The Ragin’ Cajuns raced out to a 6-2 lead in the second stanza and pushed it to 9-4 keyed by back-to-back kills from Hali Wisnoskie and Tia Jade Smith. Louisiana maintained the lead until the Chanticleers landed three straight kills to forge ahead 19-18.

A total of 18 kills on a .419 hitting percentage from Coastal Carolina in the third set kept the Ragin’ Cajuns from catching up.

Celeste Darling and Wisnoskie each posted a team-leading seven kills. The duo charged the push in the second set with a combined seven kills.

Kelsey Bennett rounded up 12 digs and was joined in double figures by Breaux who scooped 10 digs. With 18 assists, Breaux picked up her team-best ninth double-double of the season.

Abram had a hand in three of Louisiana’s four blocks. She pushed her career total to 284 blocks which has her in fifth place on the rally scoring era career charts.

The Ragin' Cajuns begin a stretch of four straight road matches against Sun Belt East Division teams with a trip to Alabama set for Friday-Saturday, Oct. 11-12.

Louisiana faces South Alabama in Mobile on Friday, then travels to Troy for a Saturday evening matchup. Both contests begin at 6:30 p.m.