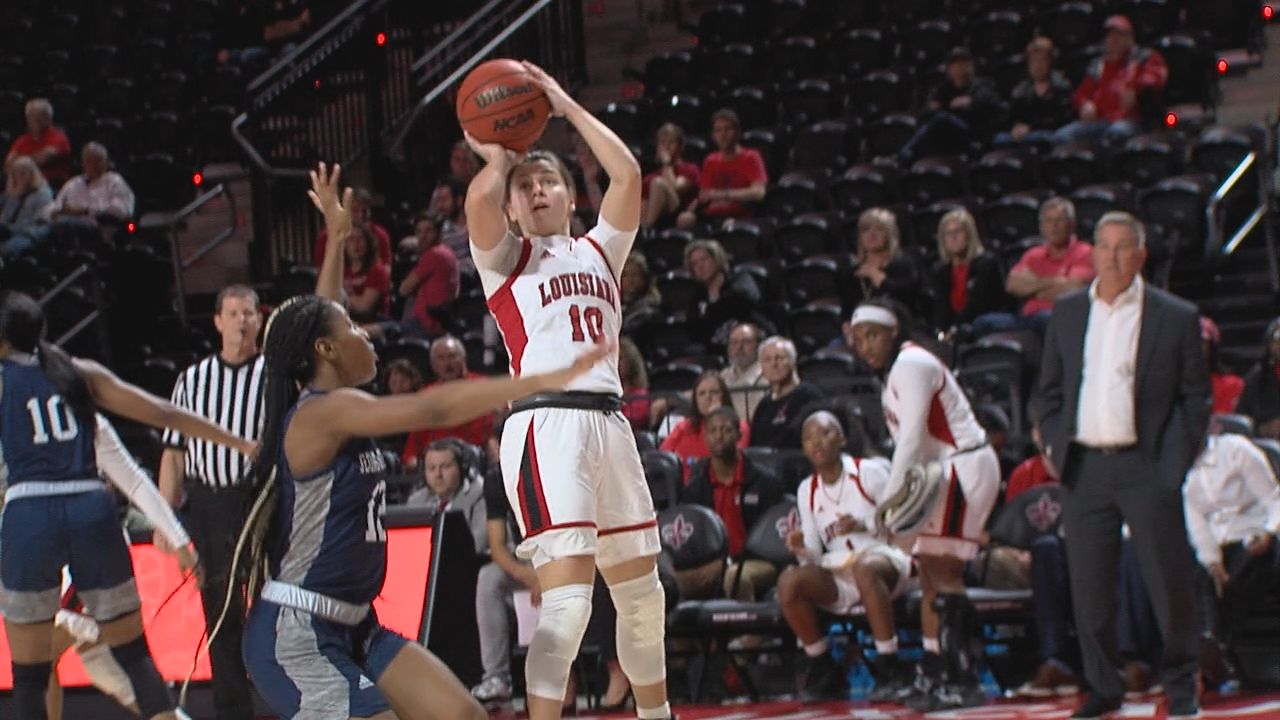 Cajuns hold off late push from Eagles to advance

Georgia Southern fought back from a 21-point third-quarter to push Louisiana, but in the end the Cajuns offense was too much in their 81-64 victory to open the Sun Belt Tournament.

Louisiana set the tempo in the first quarter scoring 27 points when Mathis tallied 8 of her game-high 18 points.

The Cajuns host Little Rock Wednesday in the team's second round match-up. Louisiana lost to the Trojans at home 59-44 on February 1. Little Rock advanced to the second round with a 48-47 win over Appalachian State. The Mountaineers went scoreless for the final three minutes in the game, allowing Little Rock's comeback. Wednesday's tip-off at the CajunDome is 7:00 p.m.