Cajuns' win Saturday resonating beyond the the Sun Belt

Louisiana ranked for first time since 1943 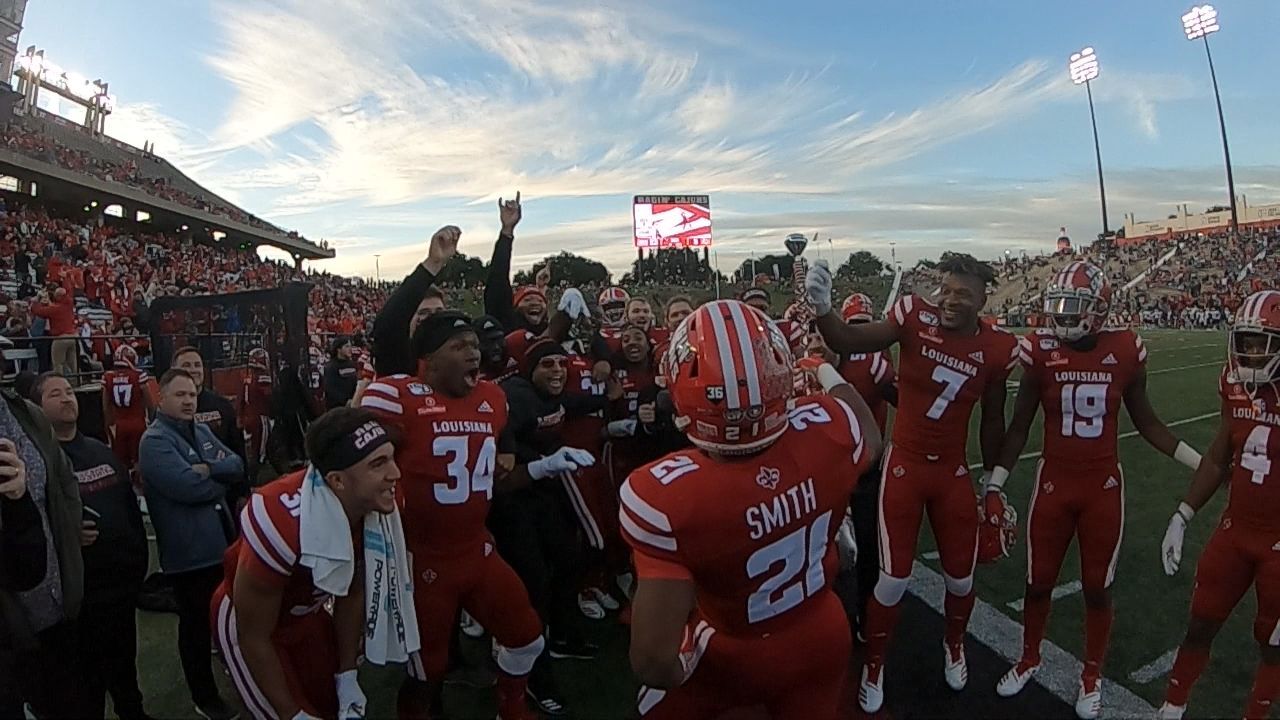 The "24-hour-rule" was in full effect for Louisiana football who had turned the page to Georgia State Monday after Saturday's historic win over no. 23 Iowa State.

While Saturday's win in the Cajuns' past, it's still the talk of college football Monday.

"We’re all a product of the experience we have and the people that we’ve been around. And I’m certainly no different," said Billy Napier in a 9-minute interview with Paul Finebaum. "I think one of the things I’ve learned over time is you’ve got to create urgency on the task at hand.”

Head Coach Billy Napier made a guest appearance on ESPN's The Paul Finebaum Show hours after an array of awards were handed out, including the program's first Team of The Week from the Football Writers Association of America.

But perhaps the biggest news came Sunday when Louisiana earned it's first top-25 rankings since 1943.

"That was a thing of mine since I been at UL. I always wanted to be in the top 25 and it feels great but that's not the end of it," said defensive End Joe Dillon."

"I know a lot of guys on the team that have been here for a long time. Always wanted to be in a position, to where the school they've worked so hard for and put in countless hours for is finally ranked," added Gardner.

Louisiana is ranked 19th by the Associated Press, 21st in the USA Today/Coaches Poll.

Like everything in College Football this year, the rankings are a little weird. The Pac12, Big Ten, and all conference teams not playing have been taken from the equation. Louisiana is the third highest Group of Five school, behind UCF and Memphis.

But the fine print isn't taking anything away from this for Cajuns. Saturday's win resonated beyond Lafayette, beyond Louisiana and the Sun Belt.

Louisiana plays at Georgia State Saturday, kickoff is scheduled for 11 a.m. on ESPN2