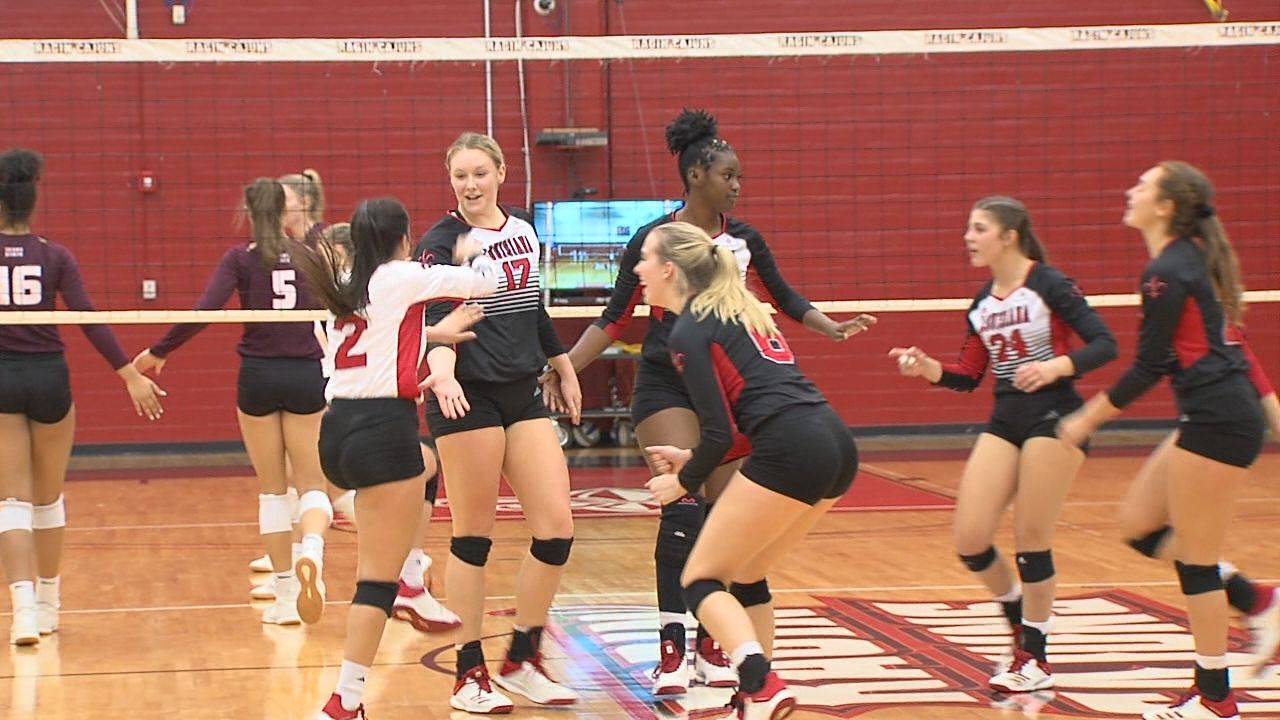 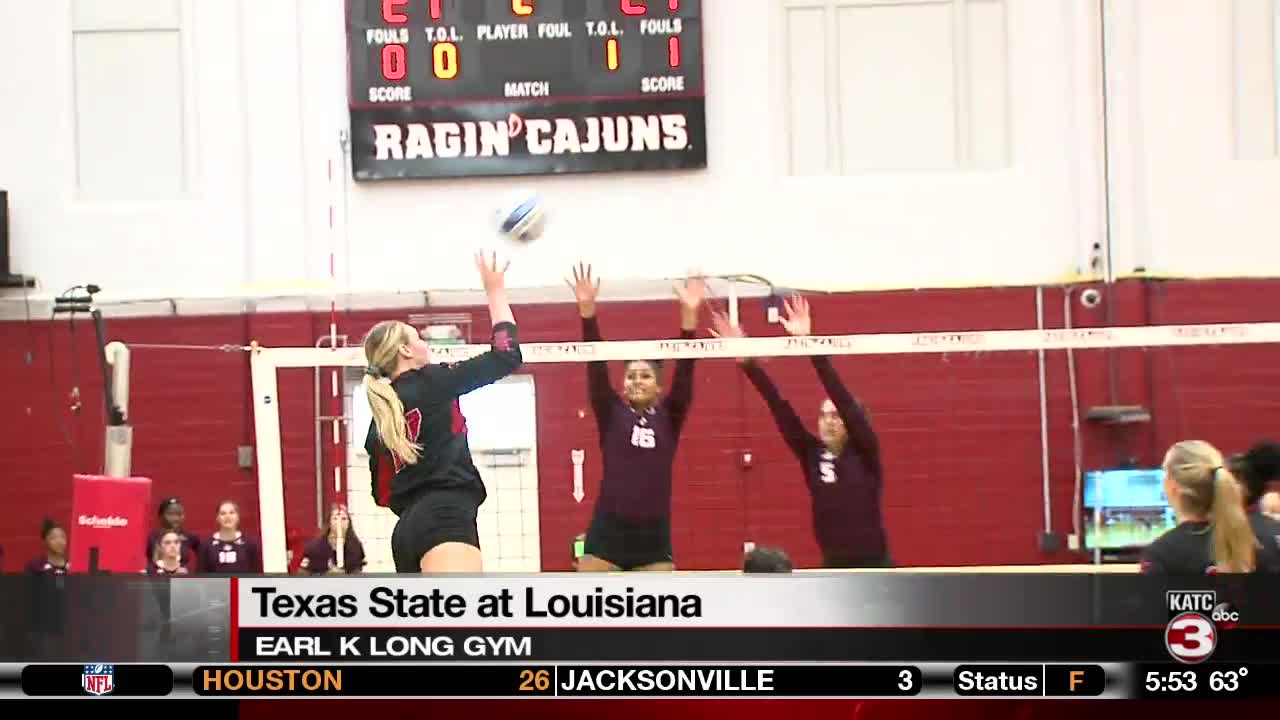 The Ragin’ Cajuns, who dominated a must-win fourth set with 15 kills on a .361 hitting percentage, kept the momentum rolling into the fifth frame. Behind three kills, two aces and a block Louisiana stormed out to a 7-1 lead and the Bobcats (19-8, 11-2 Sun Belt) never fully recovered.

Texas State didn’t go away quietly, running off four straight points to trim the Louisiana lead to 12-8. The Ragin’ Cajuns collected a key sideout off a Cheyenne Huskey attack error, then two points later a key dump kill into the back corner from Avery Breaux placed the hosts at match point.

The win, which allowed Louisiana to keep pace with UT Arlington for second place in the SBC West, was seemingly willed by Wisnoskie when the squad had its backs against the wall in the fourth set. She totaled eight kills in the fourth set: one which erased the Bobcats final lead and the final four resulting in the points which put the visitors away.

Not much separated the two squads the entire contest with the Bobcats holding a slim edge in kills (62-61), digs (79-73) and blocks (10.0-7.0). Louisiana found its separation at the service line, out-acing Texas State 8-2 including two critical ones by Breaux in the early fifth-set run.

Wisnoskie reached double digits in kills for the sixth straight match and the total eclipsed her previous career-best of 22 kills set as a freshman in 2017 vs. Nicholls.

Wisnoskie’s 25 kills marked only the second time this season that an opposing player hit the 20-mark against Texas State. It also increased her season total to 266, inching her ever closer to a potential third straight 300-plus kills campaign.

Celeste Darling scored 13 kills and Kelsey Bennett landed 10 kills as the duo supplemented Wisnoskie in charging the offense. Darling’s production came without error and on just 31 swings resulting in a .419 hitting percentage.

Breaux turned in an all-around effort of 47 assists, four kills, four aces and nine digs. The kills effort marked a career-high tying effort, while the aces represented her new career-best.

Bennett had four blocks (1 BS ,3 BA) and Tia Jade Smith added three blocks (1 BS, 2 BA) to lead the front line efforts. Hannah Ramirez scooped a season-high tying 24 digs which led her to match-high honors and marked her second 20-plus effort of the weekend.

Bennett collected 17 digs to exit the weekend with back-to-back double-doubles. She now has four double-doubles this season – all in Sun Belt play.

The two teams meet Friday in Monroe in a 6 p.m. contest at Fant-Ewing Coliseum, then conclude the weekend set on Sunday at Noon inside Earl K. Long Gym in Louisiana's Senior Day match.