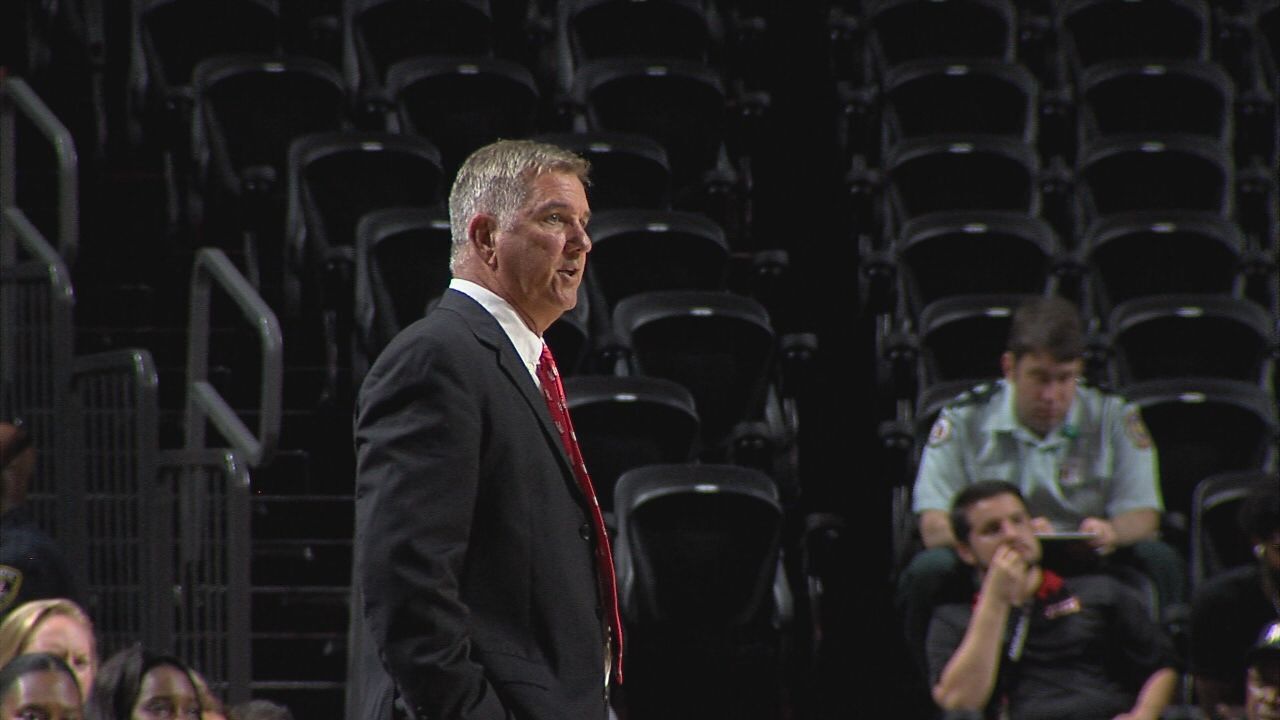 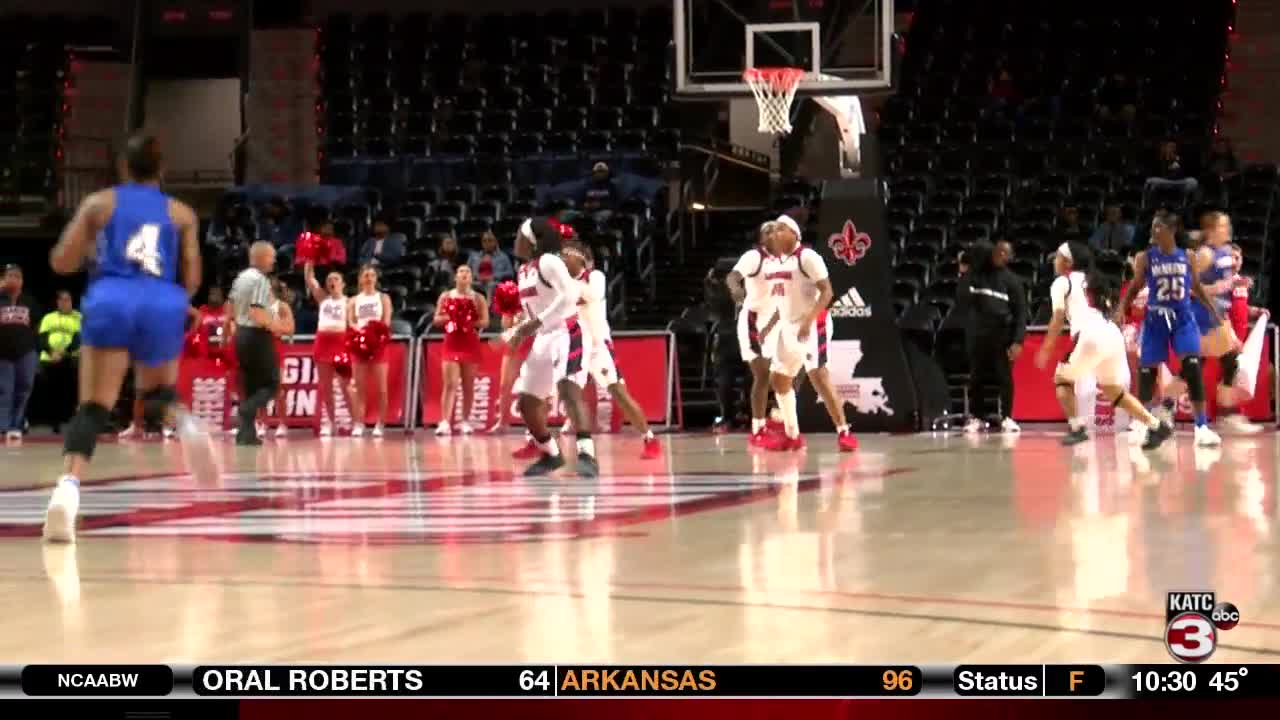 Louisiana outscored McNeese State, 29-9, in the third quarter of Thursday night’s I-10 rivalry game to send the Ragin’ Cajuns to a dominant 75-55 victory over the Cowgirls in the Cajundome.

Thursday’s 20-point victory marked the largest by the Ragin’ Cajuns in the series since it defeated the Cowgirls, 89-68, on Feb. 23, 1984, in Lake Charles. Louisiana has now defeated McNeese State in five-straight meetings.

Ty’Reona Doucet and Brandi Williams once again led the way for the offense, with Doucet scoring 14 points and bringing down seven rebounds. Williams also notched 14 points and finished the night with five boards.

The Ragin’ Cajuns out-rebounded the Cowgirls 43-39 in the ballgame and finished the night shooting 42 percent (27-for-64) despite a sluggish opening 10 minutes. The defense also forced 20 turnovers, which it turned into 19 points.

McNeese State (1-3) came out firing in the first quarter, shooting 53 percent from the floor to open and early 9-6 lead before closing out the opening 10 minutes up 17-13. Louisiana’s offense began to heat up to start the second period when it used an 18-8 run to go ahead 31-25 at the 4:24 mark following two Cournoyer free throws.

Leading 33-30 at the break, the flood gates opened up in the third quarter when the Ragin’ Cajuns outscored the Cowgirls, 29-9, with Doucet and Cournoyer each scoring five points to lead nine different scorers in the period and push Louisiana’s lead to 62-39 with 10 minutes to play.

The lead grew to as large as 75-50 with just over a minute to play in the fourth when Wren connected on a layup before the team rode out the remaining time on the clock to clinch the 75-55 victory.

Louisiana returns to action on Sunday, Nov. 17, when it welcomes Southeastern Louisiana to the Cajundome for a 4 p.m. tip on ESPN+.

The Ragin’ Cajuns will celebrate Fansgiving during the game against the Lions. Fans are encouraged to bring a canned good to the Cajundome box office, which will be redeemable for a free ticket.