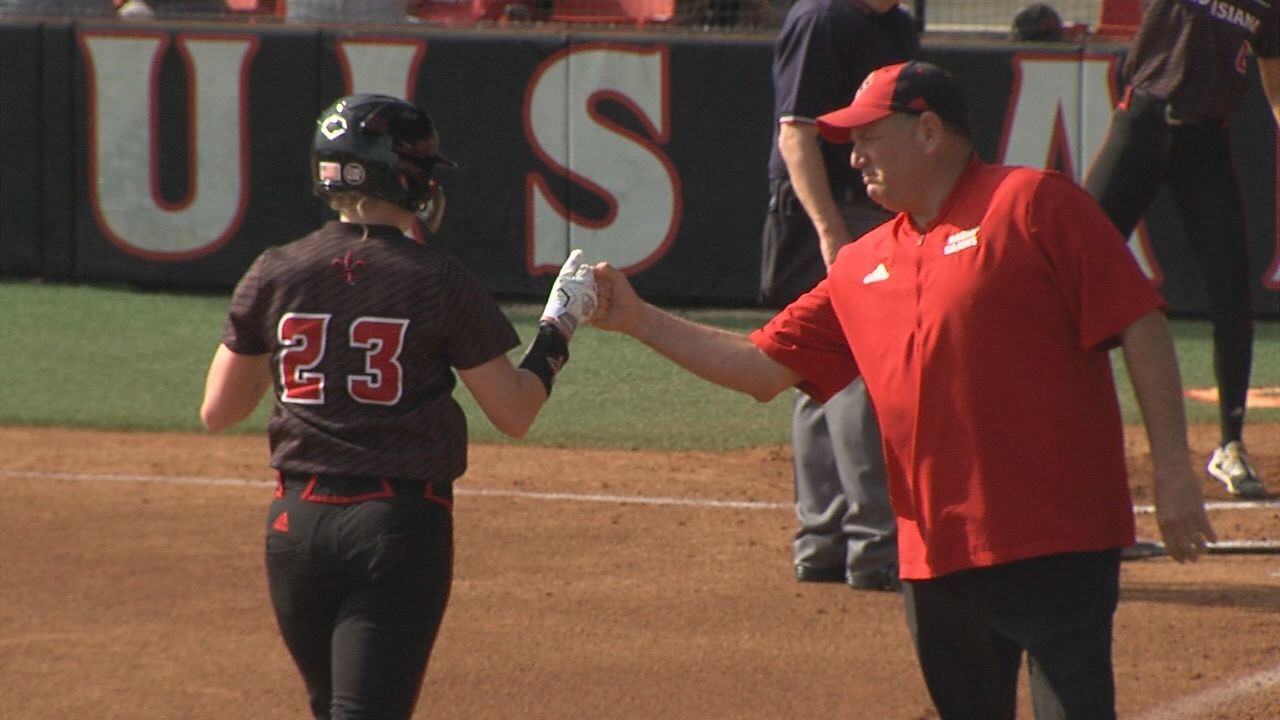 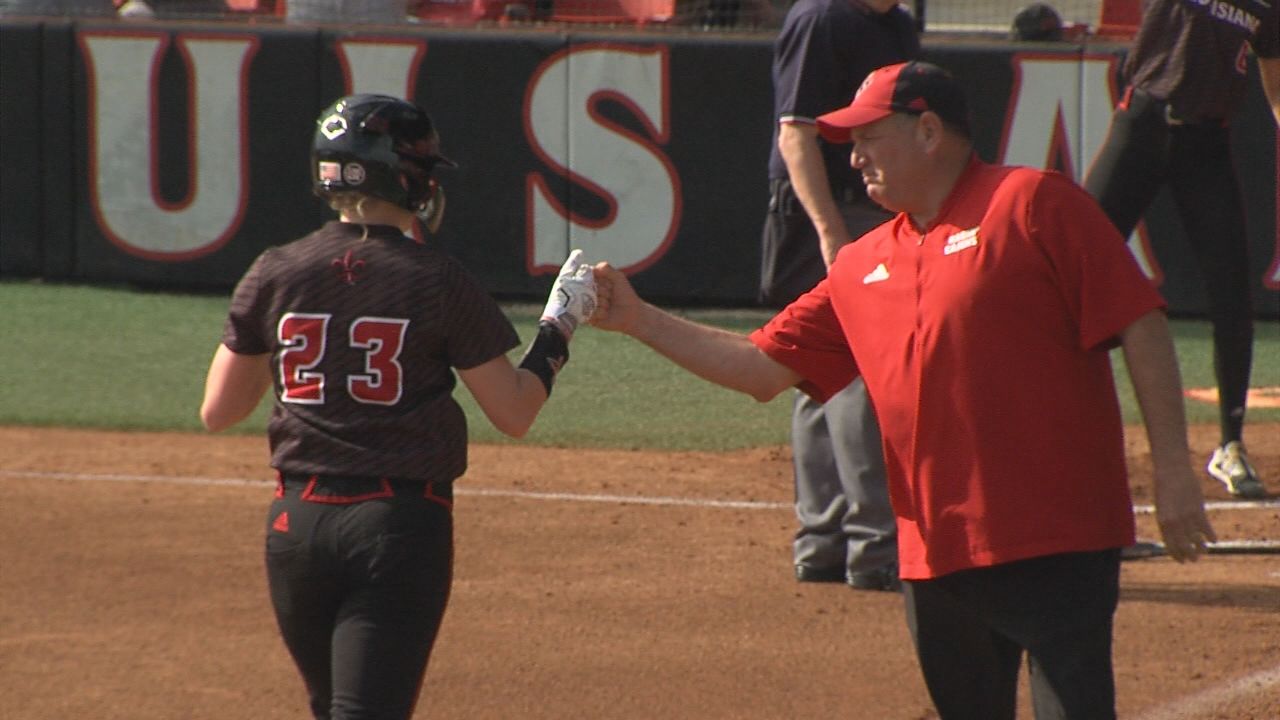 LAFAYETTE — No. 7 Louisiana Ragin’ Cajuns Softball scored in bunches in both ends of a doubleheader with Sam Houston State on Wednesday at Yvette Girouard Field at Lamson Park, claiming 19-0 and 15-0 wins in five innings.

It was a 13-run third inning which allowed the Ragin’ Cajuns (18-6) to bury the BearKats (9-17) and break free from a 4-0 contest in Game 1. Freshman Taylor Roman’s first collegiate grand slam and a bases-clearing triple from Melissa Mayeux were the big hits in the inning.

Summer Ellyson and Casey Dixon combined for the two-hit shutout. Ellyson worked four innings and faced only two batters over the minimum.

In the nightcap, Louisiana plated at least four runs each inning from the second through the fourth to pull away after a scoreless first inning.

Megan Kleist was a hit batter away – which came with two outs in the BearKats’ final at bat – from a perfect game. Kleist fanned six SHSU batters and only two of the 15 outs recorded left the infield.

With the sweep the Ragin’ Cajuns stretched their home winning streak to seven games.