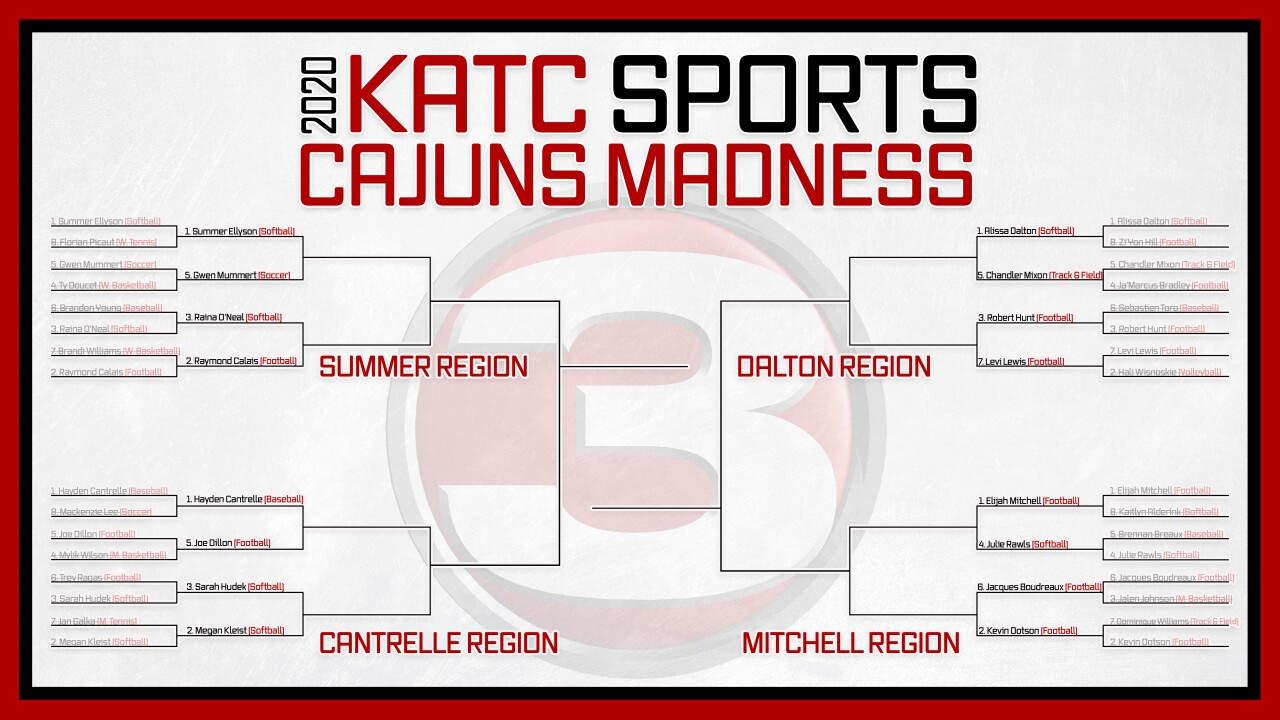 No NCAA Tournament, no problem. This March we're bringing the dramatics of the NCAA Tournament to our Cajuns Madness bracket as we name the best Louisiana Ragin' Cajun Student Athlete. We've paired up the athletes in a championship-like bracket, you vote for who should move on.

We've moved into the Sweet 16. Today our second round match-ups between the Ellyson and Cantrelle Regions.