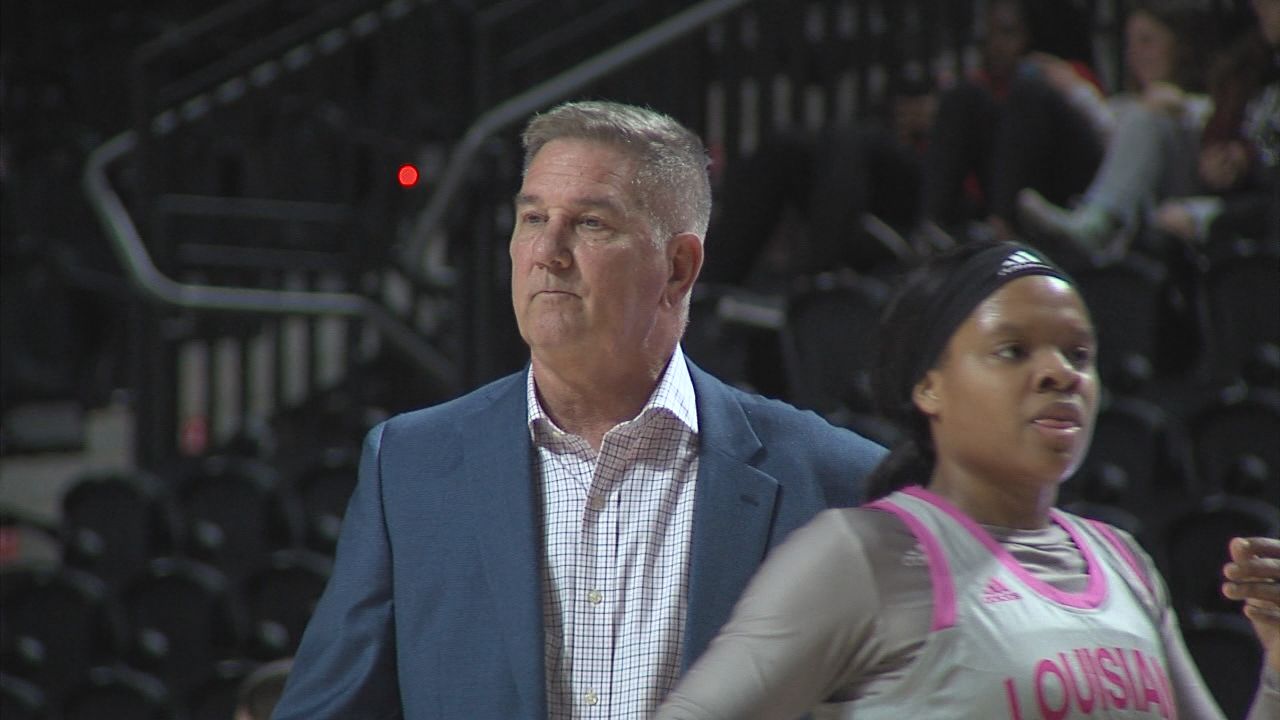 LAFAYETTE — The Cajuns offense goes quiet in the second half, as Louisiana drops its fourth-straight against Georgia State 61-53.

Kim Burton's close jumper with 4:21 to play in the third quarter built the Cajuns a seven point lead Thursday night. But that bucket would be the team's final one for more than seven-and-a-half minutes.

The Panthers went on a 14-point run into the fourth before two Andrea Cournoyer threes breathed life back in the Cajundome.

Louisiana pulled within three in the final quarter, but never really threatened the lead after Cournoyer left with a shoulder injury with less than three minutes to play.

The loss is Louisiana's fourth-straight. In their last four games the Cajuns are shooting 36-percent from the field, 23-percent from three-point range. Garry Brodhead says he believes the team has lost its confidence.