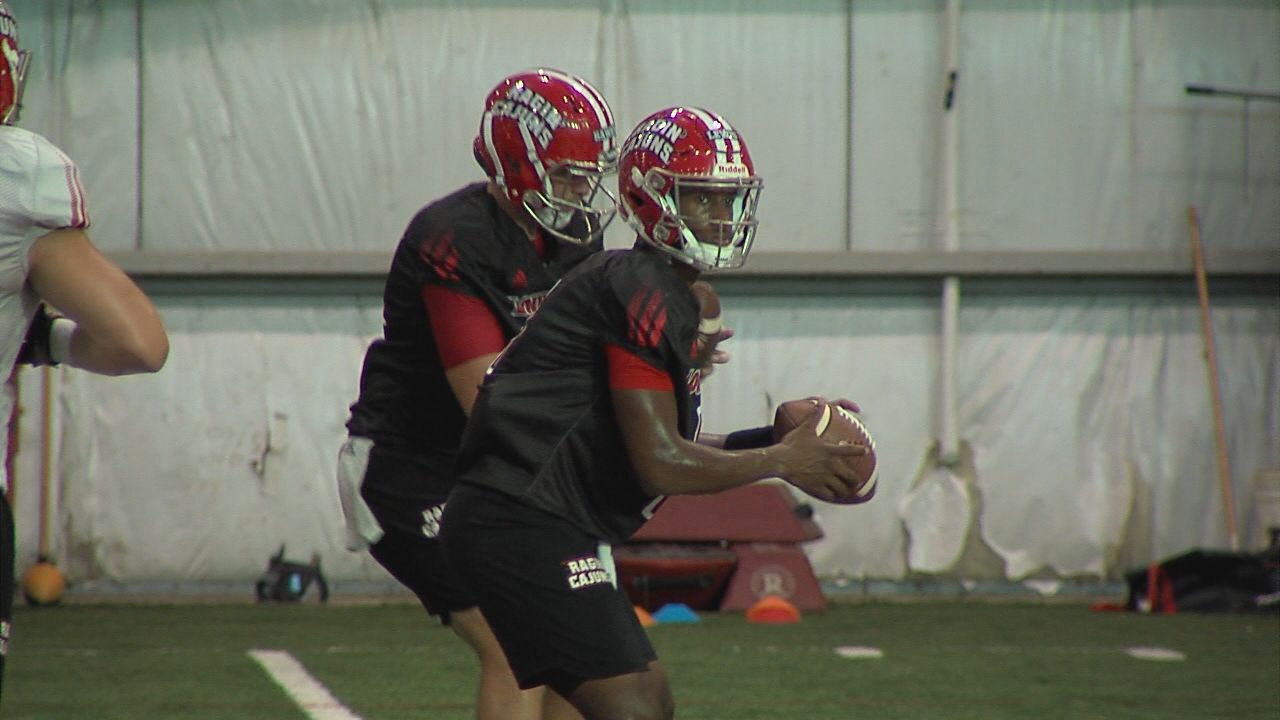 Not only is Mississippi State quarterback Tommy Stevens new to the Bulldogs. The graduate transfer also is set to make his first college start against Louisiana in the Superdome on Saturday.

"You can't dismiss the emotional component of having your first start," said Bulldogs second-year coach Joe Moorhead, a former college quarterback at Fordham in the early 1990s. "He's really just got to do a great job managing that."

The good news for Stevens is that he is quite familiar with Moorhead, who was Penn State's offensive coordinator when Stevens was deployed as a dual-threat, change-of-pace reserve for the Nittany Lions.

"His familiarity with our offensive scheme, his familiarity with me and then his ability to compete for a job and win in a great conference were the things that probably ended up leading him to Starkville," Moorhead said. "Tommy was always a vital part of the game plan, maybe in more of a specialty role ... (but) he's completed touchdowns in games. He's caught touchdowns in games. He's run for touchdowns."

While Mississippi State is unranked, the Bulldogs received votes in the AP Top 25 and could continue to garner such consideration with a convincing victory over the Ragin' Cajuns, who are seen as contenders in the Sun Belt Conference.

The Bulldogs are listed as three-touchdown favorites, but Moorhead insists that season openers aren't so easy to forecast.

"Just like us, they have had an entire (offseason) to study what they do, find out what they do well, fix what they don't do well and look into (playing) other people," Moorhead said. "So that is something in the first game where you don't have any game film from this year and that element of the unknown is something you need to be prepared for."

Moorhead said the Bulldogs also need to brace for a well-coached team, given Cajuns coach Billy Napier's background working on staffs with both Alabama's Nick Saban and Clemson's Dabo Swinney.

"Coach Napier has worked with two of the greatest minds and most storied coaches in college football," Moorhead said.

Napier coached the Cajuns to a bowl game last year, but said he can't be sure his program will remain on the upswing until about 50 new players and 36 others in just their second year become more established.

"This will be our first opportunity to start creating an identity for this team," Napier said. "I don't think you really know your identity until you're in the middle of a fight, until you're in the fray and you get challenged, and people get out of their comfort zone and you have to respond."

Here are some other story lines in the neutral site opener for Mississippi State and Louisiana:

BIG SHOES
The Bulldogs lost three defensive starters in the first round of last year's NFL draft: Defensive tackles Jeffery Simmons and Montez Sweat, and safety Johnathan Abram. Those players helped Mississippi State rank second in the nation against the run in 2018. In the Bulldogs' first game without them, they meet a Ragin' Cajuns offense featuring three rushers - Trey Ragas, Elijah Mitchell and Raymond Calais - who combined for 2,920 yards on the ground last season.

"They have three very talented running backs," Moorhead said. "They are all powerful and very quick."

ON THE RUN
Mississippi State has rushed for at least 250 yards in 20 different games since 2016, the highest total of any SEC team during that stretch. Louisiana-Lafayette allowed nearly 5 yards per carry last season and now will have to contend with both the dual-threat Stevens and with Kylin Hill, who led all Bulldogs running backs last season with 734 yards rushing on 117 carries.

SEEKING SEC SUCCESS
Louisiana-Lafayette has faced an SEC team every season since 2012, but has never beaten an SEC school. The Ragin Cajuns did beat Texas A&M 29-25 in 1996 - when quarterback Jake Delhomme and receiver Brandon Stokley starred for what was then known as Southwestern Louisiana, or USL. But that was long before the Aggies left the Big 12 for the SEC.