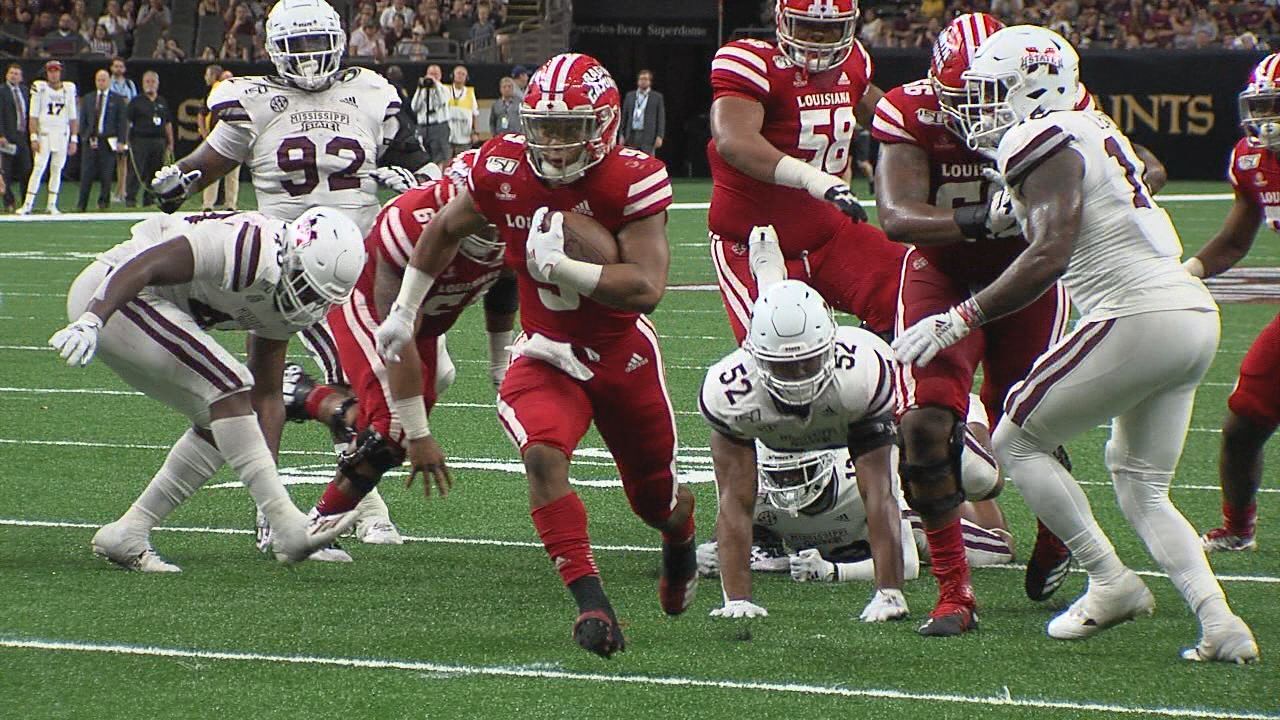 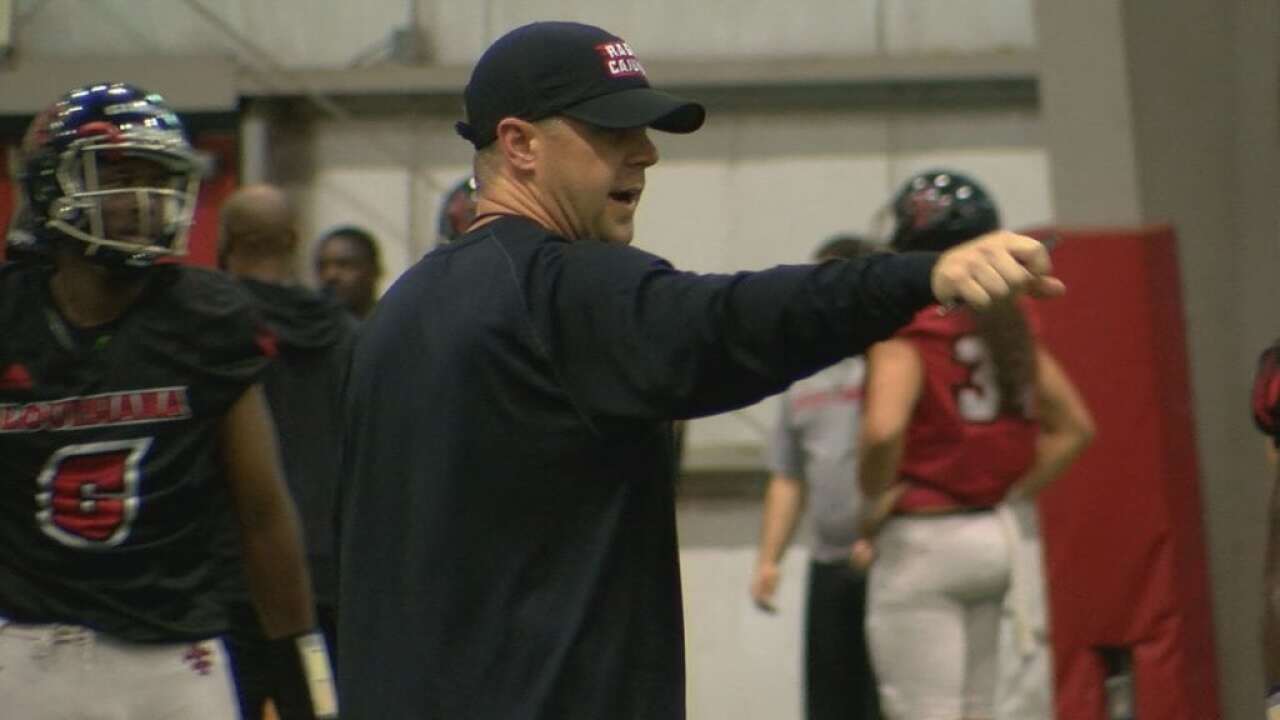 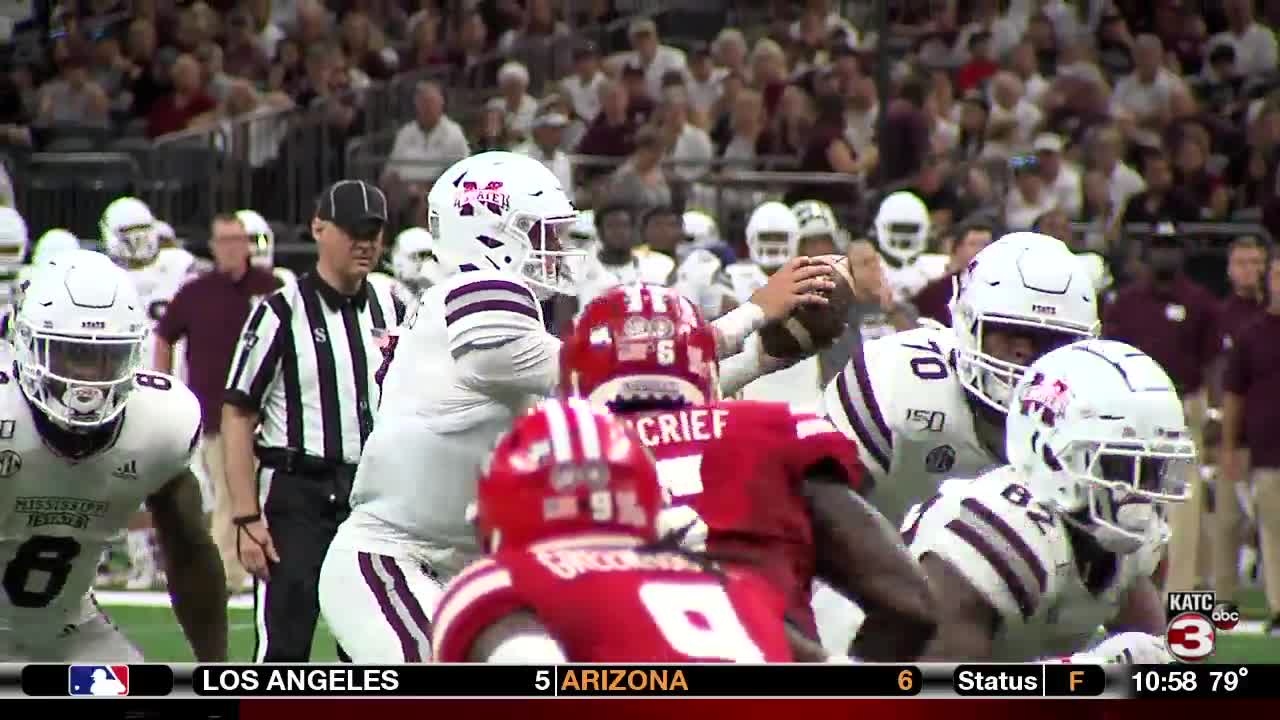 Trey Ragas’ 17-yard touchdown run with 2:45 in the fourth quarter cut Mississippi State’s lead to 35-28, but the Louisiana comeback ultimately came up short as the Bulldogs held on for a 38-28 victory over the Ragin’ Cajuns at the Mercedes-Benz Superdome on Saturday.

Despite the score line, there were plenty of bright spots for the team to build off, including a monster performance by Jamal Bell. Bell finished the afternoon with eight receptions for 113 yards, both career highs.

Redshirt senior Raymond Calais paced the ground game with 80 yards rushing on eight carries, Ragas notched nine carries for 63 yards and a score. Elijah Mitchell added an additional 31 yards on 14 carries and a touchdown as well.

The defense forced two turnovers on the game and were led by Percy Butler, who recorded a career-best nine tackles against the Bulldogs. Jacques Boudreaux also had strong day with eight tackles.

After trading touchdowns in the first quarter, Mississippi State’s Nick Gibson put the Bulldogs back in front with 9:18 in the first half with an eight-yard touchdown run. Nick Ralston helped Louisiana answer the call at the 4:31 mark, hauling in an 11-yard pass from Levi Lewis to knot things up at 14 points apiece.

Mississippi State (1-0) took the momentum back in the final minute of the opening half when Tommy Stevens scored from four yards out to send the visitors into the locker room ahead 21-14.

That momentum carried into the second half when the Bulldogs rattled off 14 unanswered points to open a 35-14 lead. Down 21 points with less than 10 minutes to play, Louisiana responded with rushing touchdowns from Lewis and Ragas to pull within 35-28 with 2:45 to play.

After a failed onside kick attempt by the Ragin’ Cajuns, Mississippi State was able to march the ball into field goal range and convert on a 37-yard kick off the foot of Jordan Lawless to seal the 38-28 decision.

Louisiana returns to the gridiron on Saturday, September 7, when it hosts Liberty at Cajun Field. Kickoff is slated for 6:30 p.m. and will be broadcast on ESPN+.