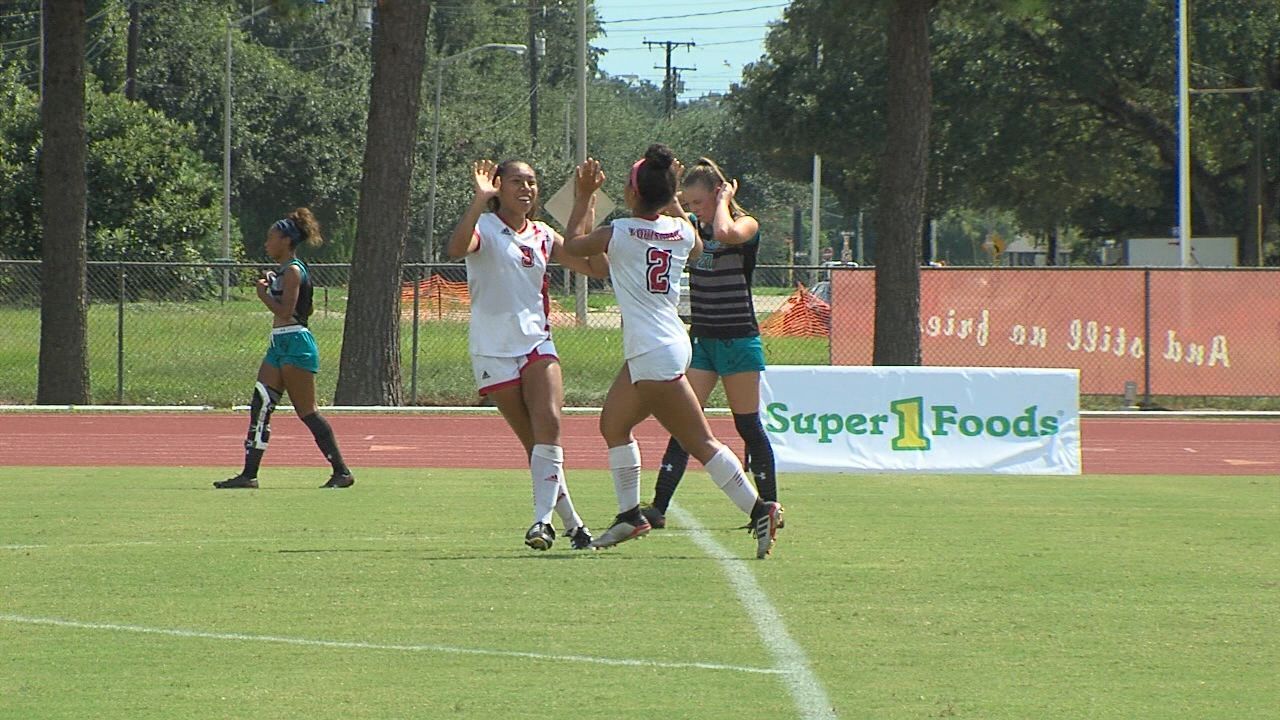 The win for Louisiana was its first over Coastal Carolina (4-6-2, 2-2-1 Sun Belt) in five matches and helped the Ragin’ Cajuns move past the Chanticleers into fourth place in the Sun Belt Conference standings. The match was halted by a lightning delay in the 86th minute before alter being called to accommodate the Chanticleers’ travel plans.

Louisiana got on the board in the 11th minute of the match when Alexis Arnoult was taken down in the 18-yard box by CCU goalkeeper Ky Hudson. Mummert converted the penalty kick for the Ragin’ Cajuns into the lower, left corner of the box for a 1-0 lead.

The Ragin’ Cajuns kept up their pressure in the 20th minute to increase their lead to 2-0. Arnoult slipped a pass to Powell just outside the 18-yard box where her crossing attempt bounced off the right post and deflected towards a wide-open Sykes, who collected the rebound and blasted a shot past Hudson for her team-high fourth goal of the season.

Einarsdottir, who missed the second half of last week’s match at Little Rock with a leg injury, gave Louisiana a 3-0 lead in the 56th minute after blasting her third goal of the season. The junior took a throw-in along the right touch line from Newland and worked through a pair of CCU defenders before her left-footed strike found the lower left corner of the net.

CCU cut the lead to 3-1 in the 61st minute as Hannah Miller scored her fourth goal of the season after getting a long pass from Mackenzie Cherry and beating Louisiana goalkeeper Mackenzie Lee in the lower right corner. The goal by the Chants was the first allowed by Louisiana at home in 451 minutes of play.

Louisiana will hit the road for its next three matches beginning on Friday at defending Sun Belt regular-season champion Texas State. The Ragin’ Cajuns will also face ULM (Oct. 13) and Georgia State (Oct. 18) before wrapping up the regular-season with home matches against Georgia Southern (Oct. 25) and Troy (Oct. 27).