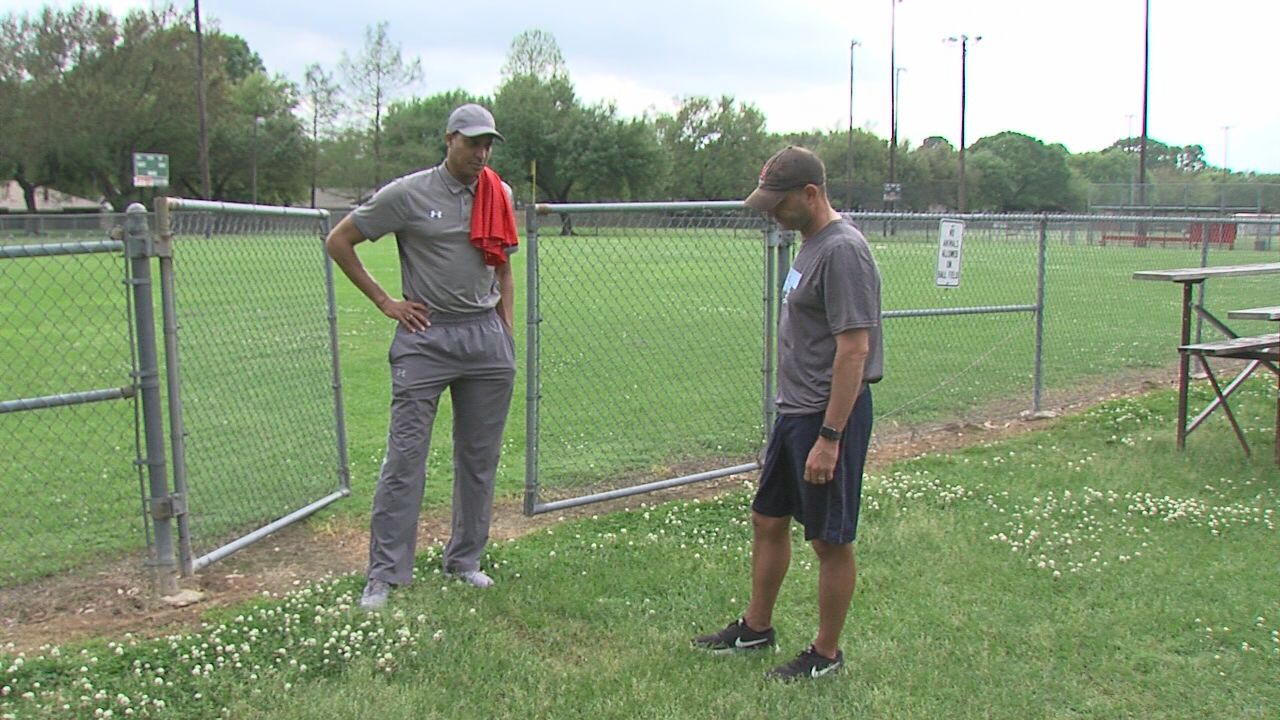 With less than 12 seconds to go, Louisiana senior guard Eric Mouton toed the free-throw line. On the night he'd missed his only shot taken. He had zero points. As the Cajuns clung to a narrow lead the weight of the game sat on his shoulders.

"I felt the pressure, but I also felt confident," Mouton said 28-years later. "I took a deep breath, went through my routine and knocked them both down."

In the final 12 seconds of Southwestern Louisiana's 1992 NCAA Tournament win over Oklahoma, Mouton sunk four free-throws, his only points of the night.

"I was a pass first point guard. I think that's why I was inserted into the lineup my senior year early in the season," he said. (Mouton is now the Athletic Director at Ascension Episcopal High School.) "I was a 5th year senior and all I wanted to do was set-up guys like Byron Starks, Marcus Stokes and Todd Hill."

Friday, March 20th marked the 28-year anniversary of that win. It's the Cajuns only NCAA win, after victories in the 1970's were vacated. That night the 13th seeded Cajuns beat 4th seeded Oklahoma 87-83. Sophomore Byron Starks scored a team-high 21 points.

"All I was doing was playing a basketball game," he says. (Starks is now the head basketball coach at LSUE.) "I was a sophomore and young. I came from a winning program and it just so happened I was hot that day."

That NCAA win was the second-consecutive win for USL over Oklahoma. The two teams met the year before and as Mouton recalls, he was excited to see the Sooners again.

"I still remember going to Peat's, we had the party there and the March Madness reveal," he recalled. "To see Oklahoma pop up, a team we beat the year before, the only loss for Billy Tubbs, ever, when his team scored more than 100 points. So when we saw Oklahoma, again, we felt good about it."

USL advanced to play New Mexico State in the second round.

"We actually thought we could make it to the sweet 16 that year," said Starks.

Louisiana led at halftime, but the Aggies powered past the Cajuns in the second half, winning 81-73.

Like coaches usually say, every season ends in a loss. The Cajuns' season did. Still, 28 years after, one day in Tempe, Arizona remains one of the brightest moments in the program's history.

"In my four year career, with the Cajuns, we won 65 or so percent of games. We never had a losing season," remembers Starks. "I feel we had a lot of good wins in between, but this one definitely ranks high."