U of Kentucky cheerleading coaches fired after investigation found hazing 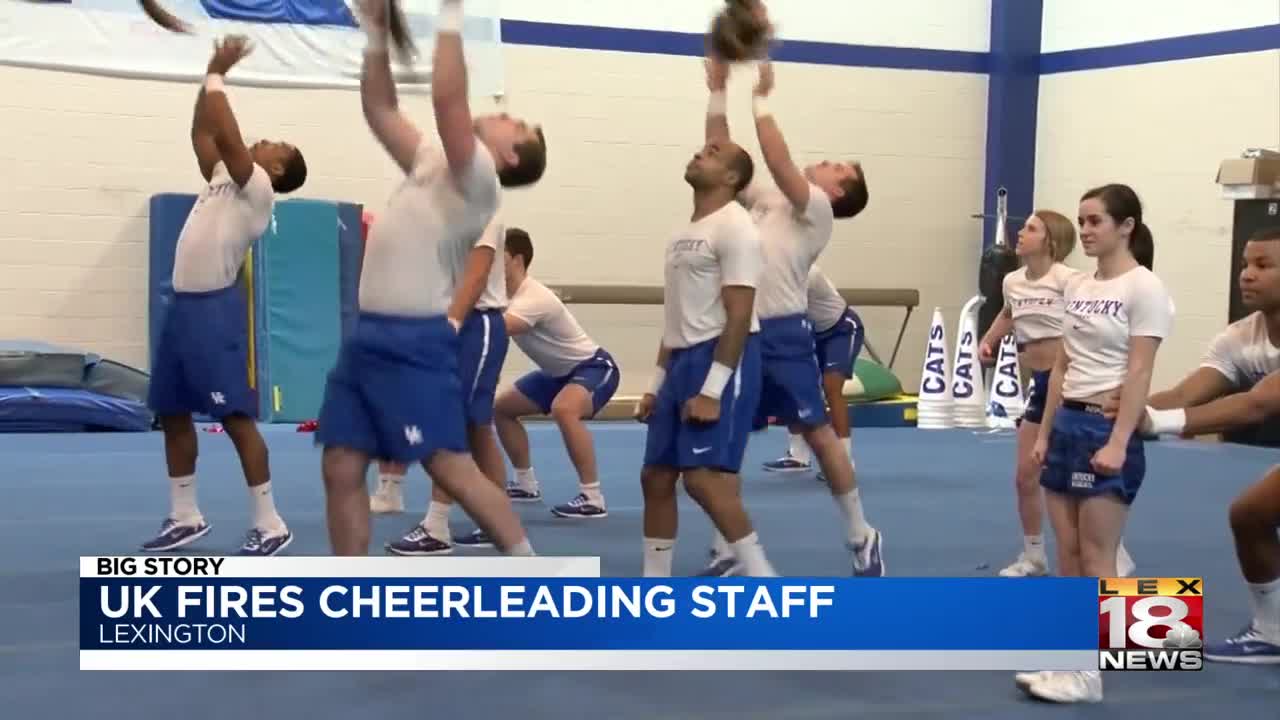 Four cheerleading coaches with the University of Kentucky have been fired from the program after a three-month investigation found they failed to provide reasonable oversight during off-campus events.

Head Coach Jomo Thompson and Assistant Coaches Ben Head, Spencer Clan, and Kelsey LaCroix are no longer with the program. The university says they did not take action after inappropriate conduct by members of the cheerleading squad. It took place at off-campus events, including hazing activities, alcohol use, and public nudity.

The three-month process included interviews with more than 60 students, coaches, and administrators in the cheerleading program.

"We place the safety and health of our students above all other priorities as a university," Blackwell said. "We cannot truly have a championship cheerleading program if we do not protect the health, safety, and well-being of our students."

The investigation found no evidence of sexual assault or sexual misconduct during these trips.

T. Lynn Williamson served as the cheerleading program's advisor for four decades and retired days after learning of the investigation. It found he lacked oversight and had poor judgment. Williamson's primary university job was principal deputy general counsel. He's told to have no contact with the cheerleading squad.

"The advisor and the coaches failed to stop a culture of hazing, alcohol use, and public nudity at off-campus activities where they were present," said Monday. "Our students deserve more responsible leadership, and the University of Kentucky demands it."

Monday has assigned oversight of the cheerleading program to the University of Kentucky Athletics to help hold the program accountable.

Athletics Director Mitch has directed Sandy Bell, executive associate athletics director, to lead the program, including the hiring of a new coaching staff. A national search will be conducted for a new coach.

"This must be a championship-level program both on and off the court and playing fields," Barnhart said. "And as with all our sports, that will be our goal — every day."

Bell said they're getting rid of the annual retreat, and off-campus trips will be closely supervised.

"Cheerleading squad members will be held to the same standards as all our student athletes," Bell said. "It's a new day for UK cheerleading."

Athletics officials are meeting on Monday with current members of the current squad to share the news and discuss the timeline for hiring and tryouts.

UK Athletics will immediately begin the national search for a new head coach, who will be part of the selection of assistant coaches and the 2020-21 team members this summer.

UK's cheerleading program has won 24 national championships in the past 35 years.

This article was written by Jordan Mickle for WLEX.