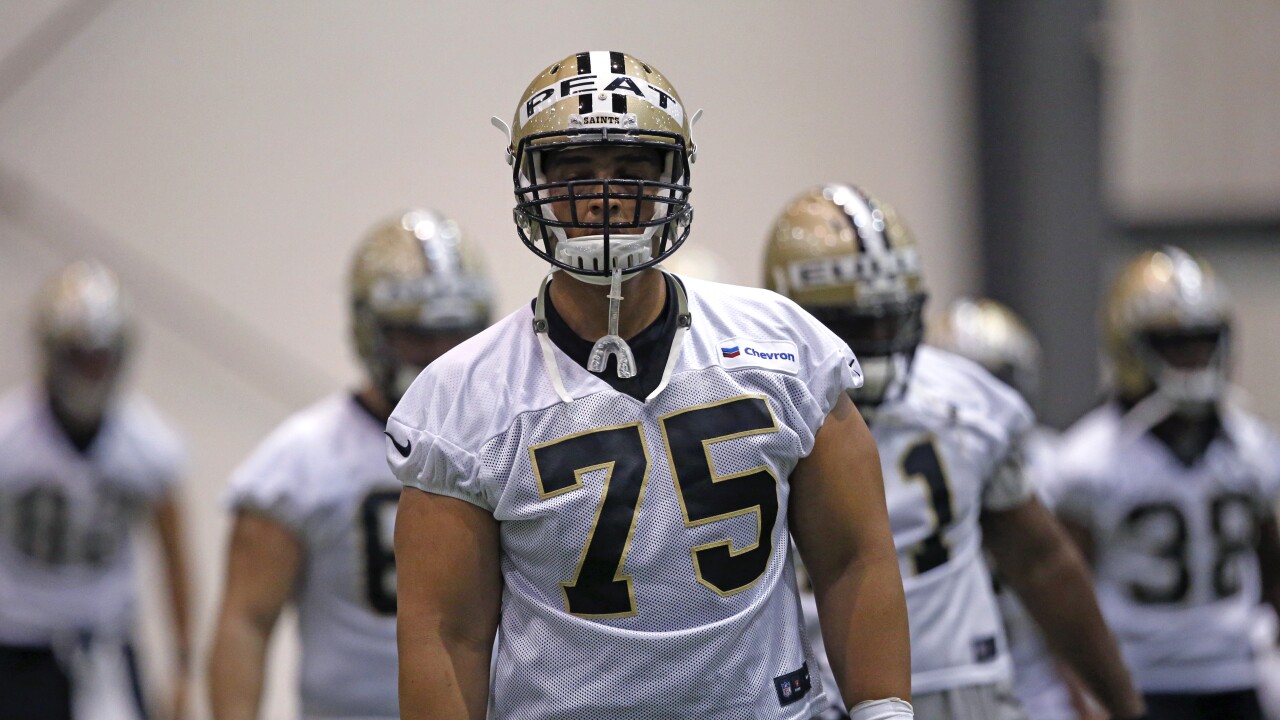 Saints general manager Mickey Loomis announced the agreement Friday and disclosed the length of the deal.

A person familiar with the contract said it is worth a total of $57.5 million - an average of $11.5 million per season. The person spoke to The Associated Press on condition of anonymity because financial terms have not been released.

"There was some interest from other teams," Peat said on a conference call.

Peat's versatility has been useful to New Orleans, which converted him to a guard but has continued to also use him as a substitute tackle as needed.

Peat said he was not actively seeking an opportunity to play more at tackle and said other teams that explored signing him largely discussed keeping him as a guard. He did not specify which other teams shows interest in him.

"I've definitely settled in at the left guard, but always I'm ready to have versatility," Peat said. "Whatever the team needs me to do I feel like I'll do that to contribute to the overall success of the team."

Peat has been selected to the Pro Bowl each of the past two seasons and has contributed to an offense that has averaged an NFL-best 394.8 yards per game during the past five seasons.

An Arizona native and son of former NFL lineman Todd Peat, he started at guard in all 10 regular-season games in which he played last season. He missed six games with a fractured forearm but was back in time for New Orleans' regular-season finale and lone playoff game.

"I'm healthy now and just looking forward to this next season and just improving from last year, really," Peat said.

"It's really important that we build that continuity," Peat said. "I've been playing next to Terron my whole career. Larry, Ryan and Erik, they're all really talented and great players. So, I'm excited to get back and keep building with this group."