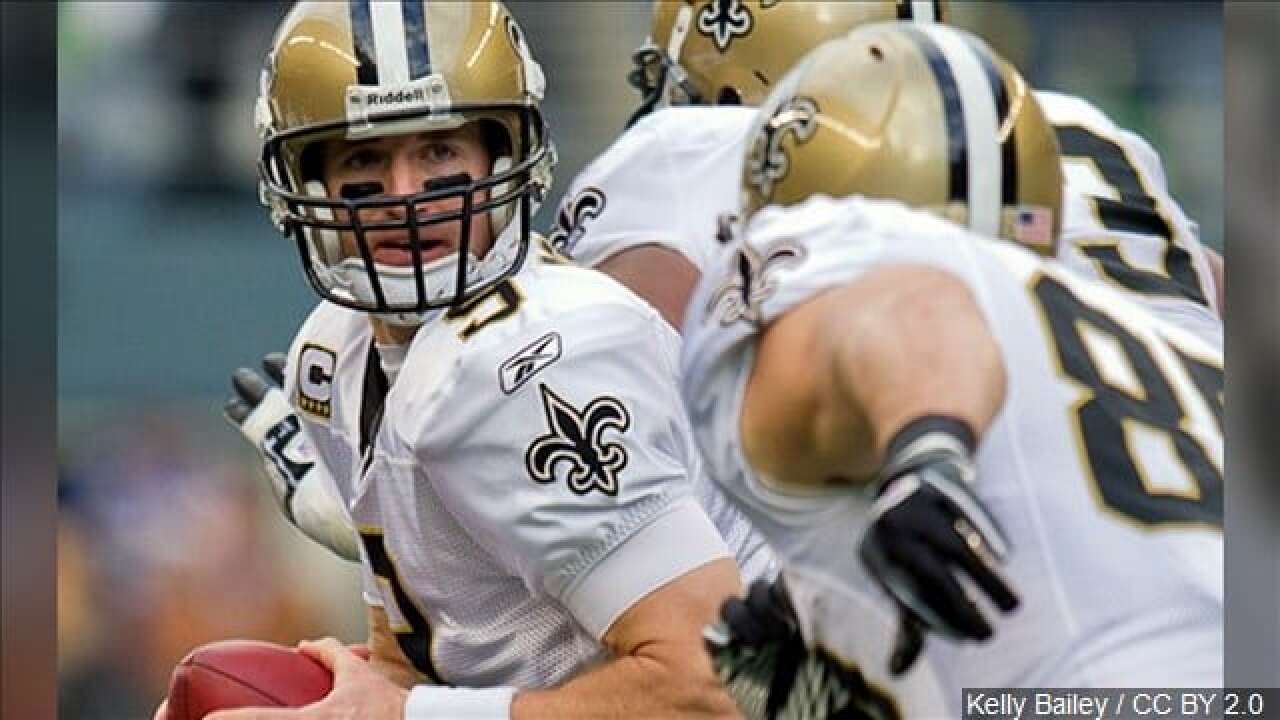 According to a source, Brees said he is unsure of how much time he will be forced to miss before returning to start for the Saints.

Brees is reportedly suffering from three fractured ribs on his left side and two on the right, possibly more.

According to ESPN, the two broken ribs on his right side occurred in the first half of the Saints' victory over the San Francisco 49ers. The three fractured ribs on the left side are believed to have occurred in the game against the Tampa Bay Buccaneers last week.

Right now the New Orleans Saints are sitting atop the NFC South and are tied with Green Bay for the top playoff seed.

The Saints will have to continue their push to the playoffs without Drew Brees.

Brees suffered broken ribs and a collapsed lung after being sacked on this play.

San Francisco's Kentavius street landed on top of Brees after making the hit causing the injury.

"Between 3 to 6 weeks to get enough healing that it's less painful for an elite athlete to return. With this type of injury including a collapsed lung this then becomes serious because the collapsed lung has to be healed prior to getting involved in any further collisions."

Dr. Thomas Montgomery, with Our Lady of Lourdes Regional Medical Center, predicts the force of the collision contributed to Brees' collapsed lung.

Although rib fractures are common in football... a collapsed lung isn't.

"We don't frequently see a collapsed lung but on the professional level it's such high forceful impacts you can't see them, but that's not as common as the rib fractures,” Montgomery added.

While there's no set timeline on when Brees will take the field again, Dr. Montgomery suspects he won't be on the shelf too long.

"Usually they just take time to heal because really there's nothing that we can do to accelerate the recovery. There's no surgery usually indicated to fix a rib fracture."