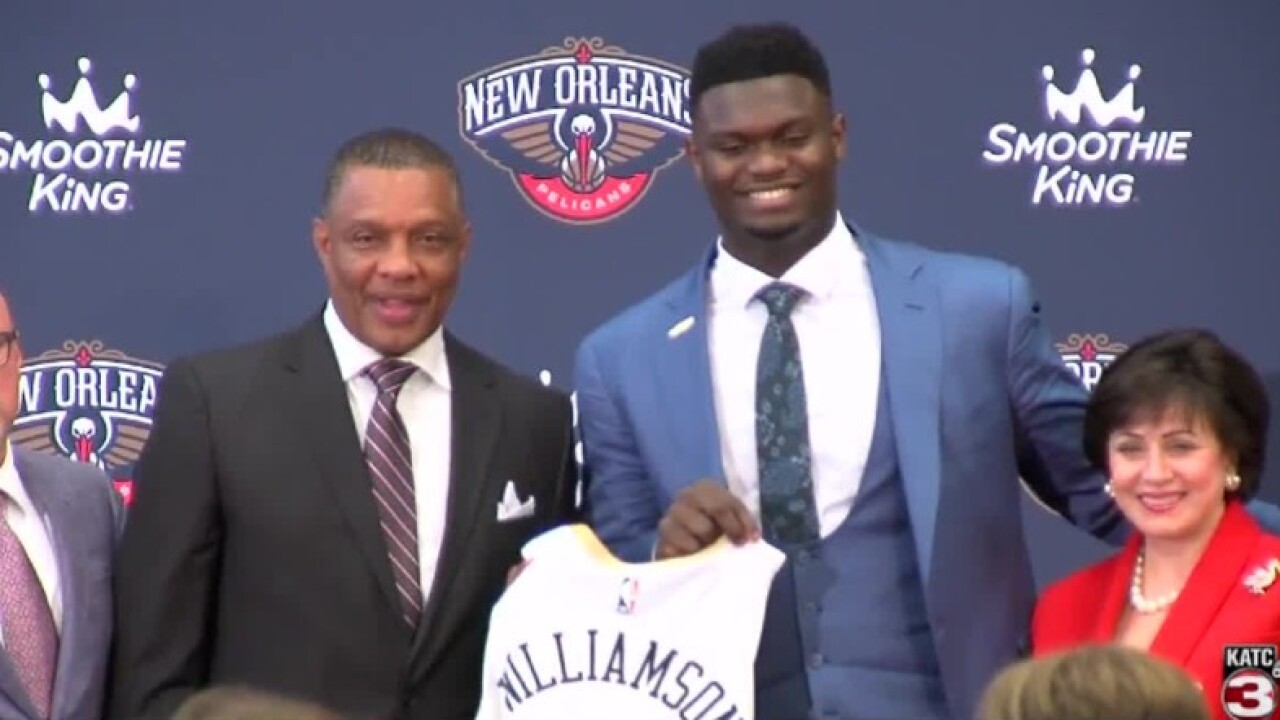 NEW ORLEANS (PRESS RELEASE) — The New Orleans Pelicans announced today that the team has signed rookie forward Zion Williamson. Per team policy, terms of the deal were not disclosed.

Williamson, 6-7, 285, who was selected by the Pelicans with the first overall pick in the 2019 NBA Draft out of Duke University, was the unanimous college player of the year, winning the Associated Press (AP), Sporting News, National Association of Basketball Coaches (NABC) and United States Basketball Writers Association (USBWA) player of the year honors, while also being the recipient of the 2019 Naismith Award and John R. Wooden Award. Williamson is just the third freshman to win AP Player of the Year honors, joining Kevin Durant (Texas - 2007) and Anthony Davis (Kentucky - 2012). Additionally, the Spartanburg, South Carolina native was the recipient of the 2019 Karl Malone Award as the nation’s top power forward, was named the National Freshman of the Year by the NABC and USBWA, the ACC Player of the Year and a consensus First Team All-American.

Williamson appeared in 33 games for the Blue Devils, averaging 22.6 points (16th in the nation; 2nd in ACC) on .680 shooting from the floor (ranked 2nd in the nation), 8.9 rebounds, 2.1 assists, 2.1 steals and 1.8 blocks. Williamson helped Duke capture the 2019 ACC Championship, earning ACC Tournament MVP honors, and an appearance in the Elite Eight of the NCAA Tournament, averaging 26.4 points and 9.1 rebounds in postseason play.