Orgeron: Most LSU players have had, recovered from COVID-19 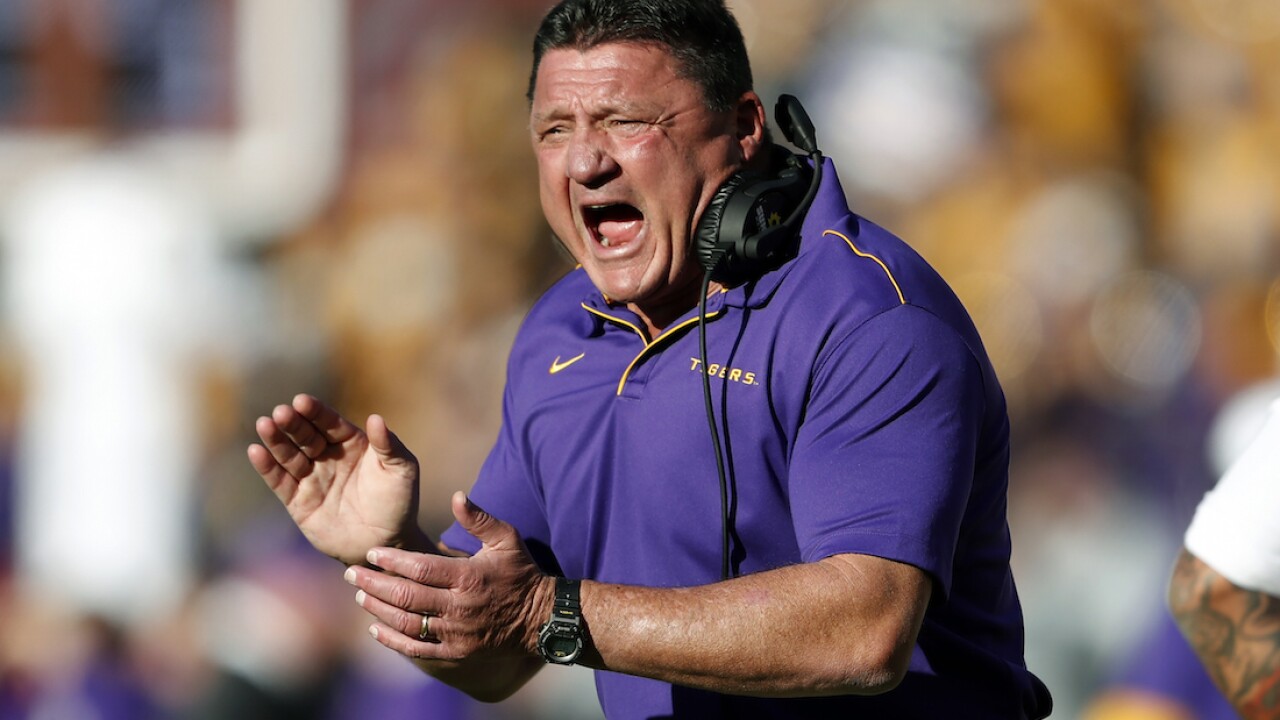 Copyright 2019 The Associated Press. All rights reserved
John Bazemore/AP
FILE - In this Saturday, Nov. 9, 2019 file photo, LSU head coach Ed Orgeron reacts after a LSU touchdown in the first half of an NCAA football game against Alabama in Tuscaloosa, Ala. This is the rare SEC team whose schedule might have gotten a tad easier by playing a conference-only slate. The SEC opponents added to LSU’s schedule last month were Missouri (6-6 last season) and Vanderbilt (3-9). LSU had to drop a scheduled home date with No. 14 Texas, though its other non-conference games would have been lackluster matchups with Rice, Nicholls and Texas-San Antonio. (AP Photo/John Bazemore, File)

Orgeron says that gives him hope that much of his roster will be eligible play for at least the bulk of the season before Southeastern Conference protocols would require them to test for the virus again.

The SEC currently does not require players who have recovered from COVID-19 to be tested again for 90 days because of antibodies developed while fighting it off.

Orgeron says he doesn't know the precise percentage of players who've had the virus.

He didn't go into detail about whether they've had symptoms or discuss the larger implications of an outbreak on his team.