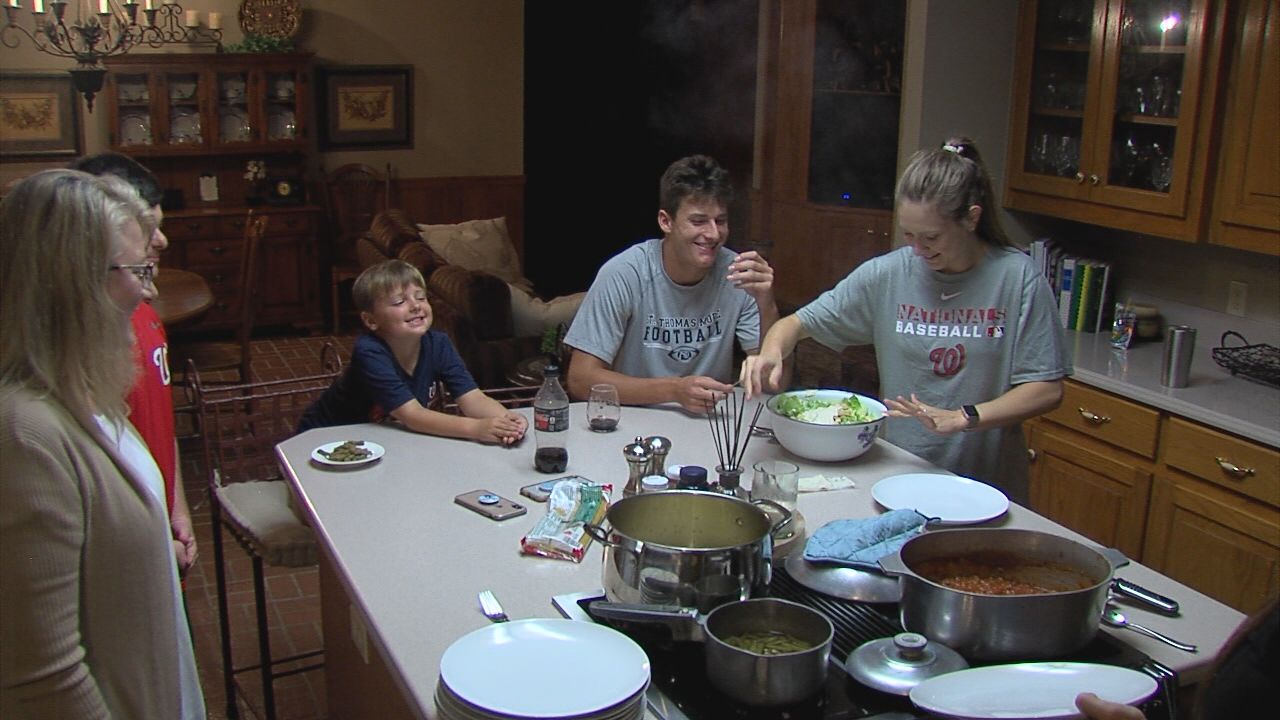 YOUNGSVILLE — Monday night is family dinner night in the Stevenson Household. William, Stephanie, Hailey, Will, Michelle, Josh, Matthew and Liam all gather for spaghetti. But tonight things are different.

"Every moment, it's so prideful," said Stephanie, the mother of Nationals outfielder Andrew Stevenson. "We're very proud of him and to be able to experience that as a family is something we'll always remember."

The Stevensons are anxiously awaiting the start of the World Series between the Astros and Nationals, and hoping Andrew makes the 25-man roster.

"You go from, haha, we're going to enjoy this to, now it's more serious," added his dad William. "We're going to wait and see. but either way, go Nats!"

The 25-year-old Nationals outfielder spent time between Syracuse (AAA) and Washington this season. In 30 at-bats he hit .367 and scored 18 runs.

"I'll tell you, we high five each other, we hoop and holler. It's just so exciting," said Stephanie.

Andrew's biggest moment came in Nationals' wild card game. In as a pinch runner, Stevenson scored the tying run in Washington's 4-3 win over the Brewers.

"We're all in the living room, not really expecting him to get in," said William. "We knew he was on the roster, and all of a sudden he comes running out of the dugout and then to watch him score was really cool."

Andrew's wife Michelle will join him in Houston this week, the rest of the family will fly to DC for games three and four.

"The cool thing about Andrew is he's very quiet, shy and humble. When someone like that achieves a goal he's been working for his whole life. it's really special," said Stephanie.