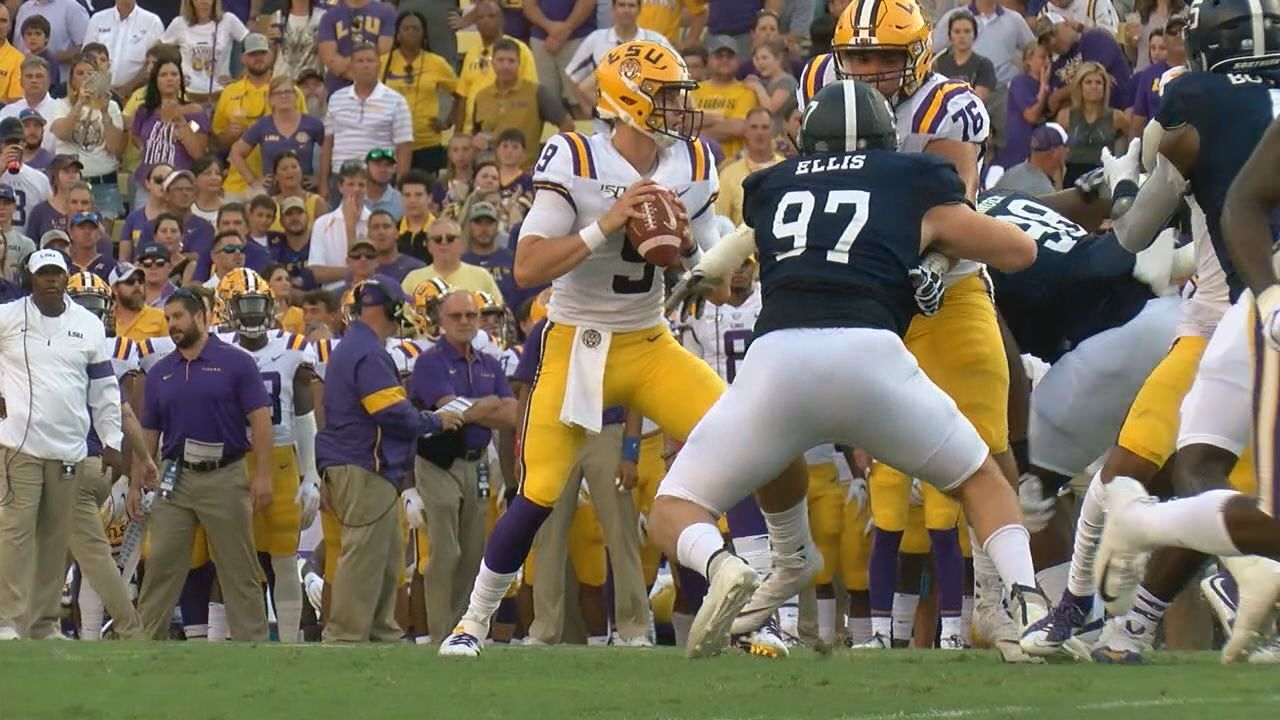 BATON ROUGE — LSU quarterback Joe Burrow has been named the Southeastern Conference Offensive Player of the Week after his record-setting performance in the 55-3 season-opening win over Georgia Southern.

Against Georgia Southern, Burrow tied a school-record with five touchdown passes, all in the first half. It’s the third consecutive game dating back to last year that Burrow has either set or tied a school record. Burrow set the LSU record for TDs accounted for with six against Texas A&M and then tied the school bowl record with four TD passes in the Fiesta Bowl win over Central Florida.

Burrow, who became the first LSU player to throw five TD passes in a half, completed 23-of-27 passes for 278 yards in leading the Tigers to their most points in a season-opener since 2000.

Burrow’s 85.2 completion percentage (23-of-27) against Georgia Southern ranks No. 5 in school history in a game for 20 or more attempts.

Burrow also led LSU to touchdown drives on its first five possessions of the contest as the Tigers builds a 42-3 lead at halftime. Burrow played only one series in the second half, giving way to Myles Brennan early in the third quarter.

The SEC Player of the Week honor is the third for Burrow, who is now 11-3 as LSU’s starting quarterback.