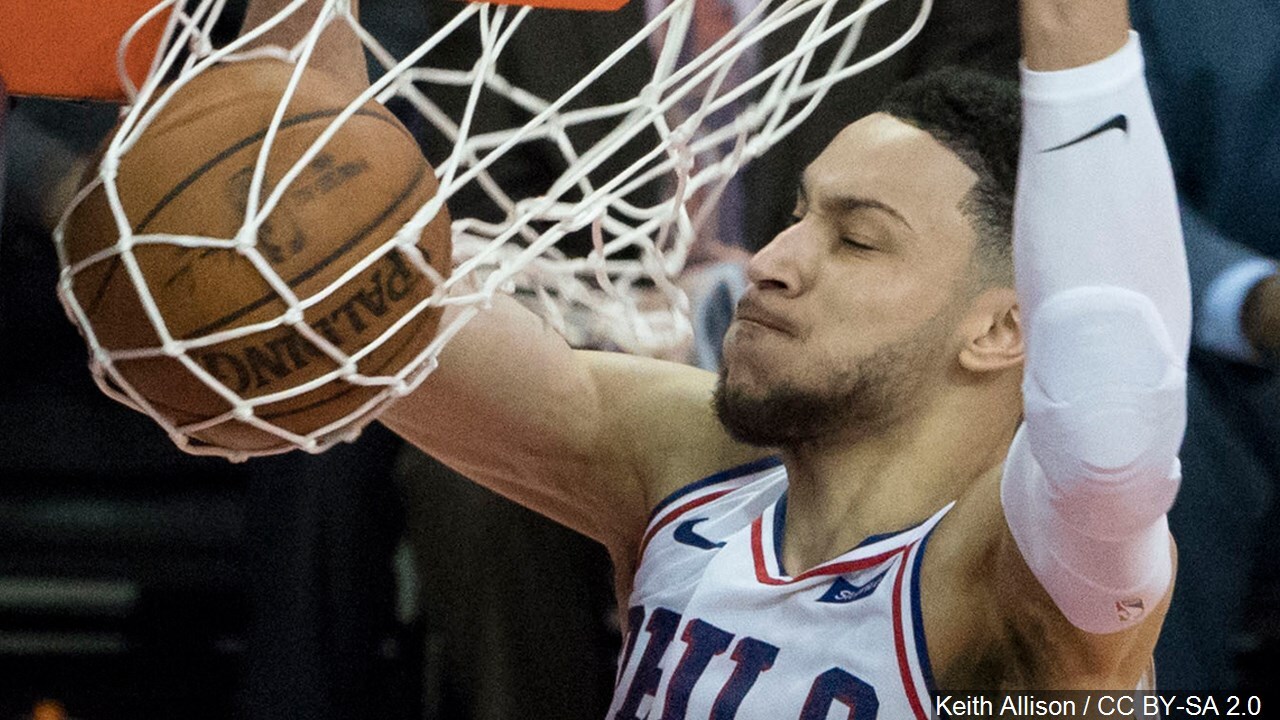 PHILADELPHIA (AP) — Ben Simmons is apparently about to become the next recipient of a big commitment from the Philadelphia 76ers.

The All-Star point guard and the 76ers are negotiating a $170 million, five-year extension, according to a person with knowledge of the situation who spoke to The Associated Press on condition of anonymity Tuesday because neither the team nor Simmons revealed any details publicly.

ESPN first reported the negotiations between Simmons and the 76ers. The deal will begin in the 2020-21 season.

Simmons will make about $8.1 million this season, the last of his four-year rookie deal. Assuming the sides agree on what will be a full max, Simmons' salary for the following season would jump to about $29.3 million and eventually rise to nearly $39 million in 2024-25.

It's already been an offseason of big financial commitments for Philadelphia, which will sign Tobias Harris to a $180 million, five-year deal and add Al Horford on a four-year deal that could reach $109 million. Those deals cannot be finalized until the league's moratorium ends Saturday at noon Eastern.

Simmons was the No. 1 overall pick in the 2016 draft and wound up making his NBA debut in the 2017-18 season, earning Rookie of the Year honors. He was an All-Star for the first time last season, and has averaged 16.4 points, 8.5 rebounds and 7.9 assists in his two on-court seasons.

Simmons' extension, when finalized, will push the amount of money committed to point guards this offseason - either via free agency or extensions - past the $1.2 billion mark. Among the biggest winners of that sweepstakes: Portland's Damian Lillard got a $196 million extension, Denver's Jamal Murray got one for $170 million and Simmons is on his way to getting the same.

Philadelphia is 101-58 in regular-season games when Simmons plays. He's had 22 triple-doubles in the last two seasons, tied for third-most in the league with Denver's Nikola Jokic and trailing only Oklahoma City's Russell Westbrook (59) and the Los Angeles Lakers' LeBron James (26).

Simmons also has 80 double-doubles over the last two seasons.

Also Tuesday, the 76ers agreed with Shake Milton on a four-year contract and veteran James Ennis on a two-year deal. Those moves were confirmed by a person familiar with both sets of negotiations and who spoke to AP on condition of anonymity because they also cannot yet be finalized.

Milton appeared in 20 games and averaged 4.4 points for the 76ers last season. Ennis was a late-season acquisition by Philadelphia, his sixth franchise, and averaged 5.3 points in 18 regular-season appearances. The second year of Ennis' deal will be at his option, the person said.