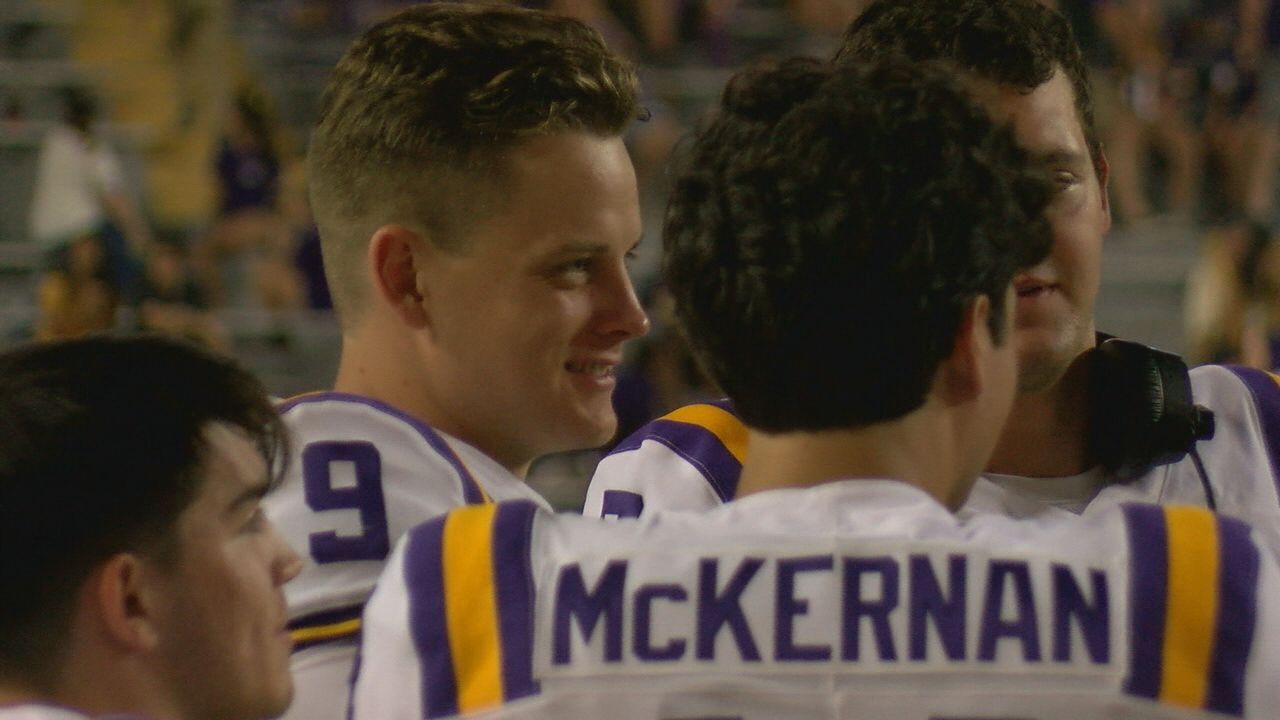 BATON ROUGE — Joe Burrow was not a favorite to win the Heisman at the beginning of the year. He is now.

Through three games Burrow leads the nation in completion percentage (83.3) and is second in yards (1,122)

Asked about his quarterback's chances to win the prestigious award, coach Ed Orgeron said the key is to win the biggest moments.

"I think that you have to win the big game, " he said. "You have to take us to the SEC Championship and take us to the Championship. Not to say that you can't win it without it, but if you do those things, you've got a good chance of winning. Who says that we can do that? I don't know. But I've been a part of three National Championship teams, and that was a big part of those guys winning the Heisman, I'll guarantee you that."