It's official, Dustin Poirier to fight Conner McGregor at UFC 257 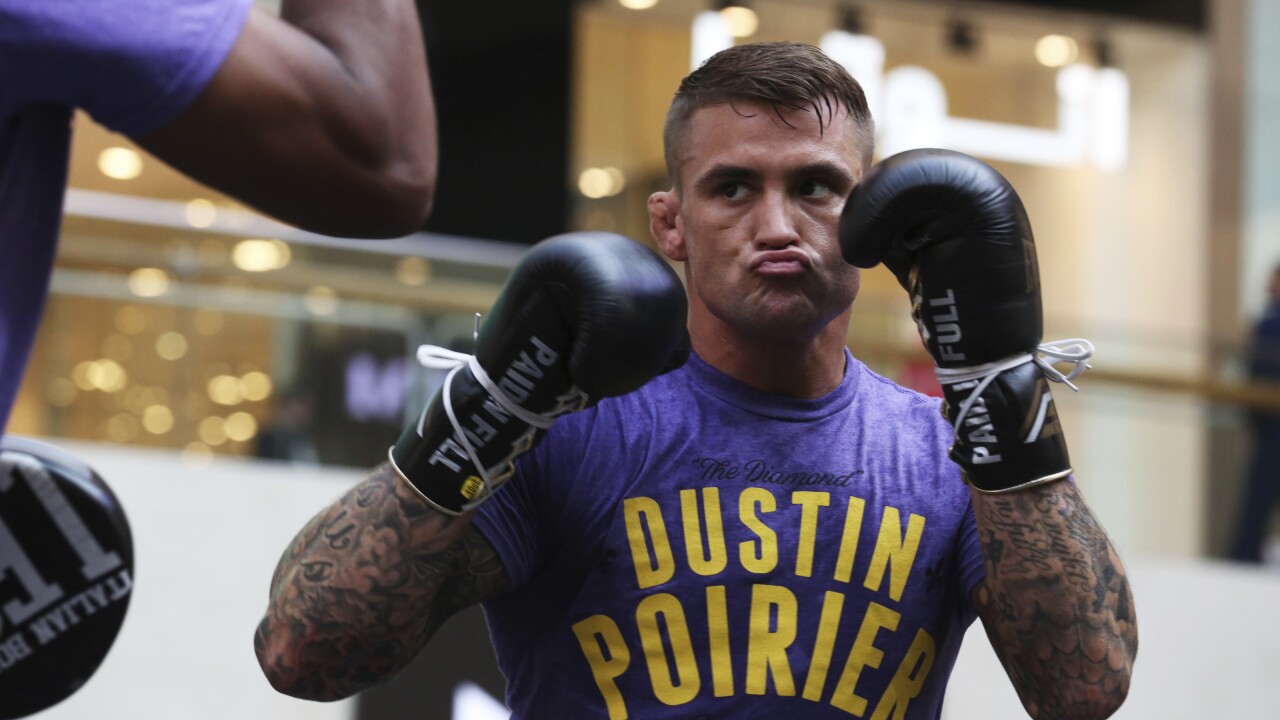 Jon Gambrell/AP
UFC fighter Dustin Poirier of Lafayette, Louisiana, spars with a partner during an open training session at Yas Mall in Abu Dhabi, United Arab Emirates, Wednesday, Sept. 4, 2019. Fighters Dustin Poirier and Khabib Nurmagomedov will face each other in UFC 242, which will be held Saturday, Sept. 7, 2019, in Abu Dhabi. (AP Photo/Jon Gambrell)

After weeks of negotiations, Dustin Poirier will get a rematch against Conor McGregor.

The MacLife tweeted that McGregor signed the contract

BREAKING: Conor McGregor (@thenotoriousmma) has signed his bout agreement for his rematch with Dustin Poirier for January 23. pic.twitter.com/2Pmh4MdZyj

The pay-per-view fight is expected to headline UFC 257 on January 23.

McGregor previously beat Poirier by a technical knockout when they first met in the octagon roughly six years ago.

At this time McGregor vs. Poirier 2 will be a non-title fight contested at 155 pounds. The winner of this fight is expected to land the next lightweight title shot.