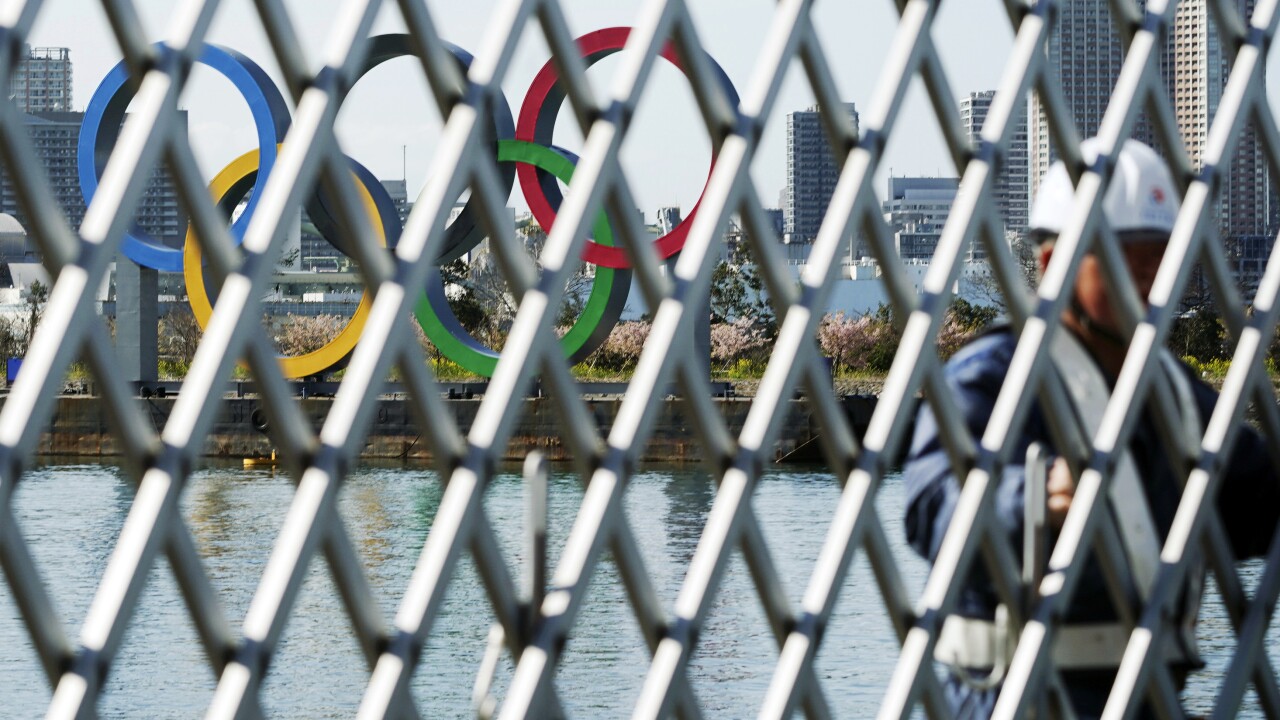 A security guard stands at a fence of a construction site with the Olympic rings in the background Tuesday, March 3, 2020. Japanese Olympic Minister Seiko Hashimoto's response to a question in the upper house of Parliament on Tuesday implies the Olympics could be held later in the year and would not have to start on July 24. Tokyo's Olympics are being threatened by a fast-spreading virus that has shut down most sports events and Olympic-related events in Japan. (AP Photo/Eugene Hoshiko)

Pound told USA Today's Christina Brennan that "On the basis of the information the IOC has, postponement has been decided."

Pound went on to say he didn't no how long, or what the changes would look like. "The parameters going forward have not been determined, but the Games are not going to start on July 24, that much I know," he said.

"It will come in stages," he added. "We will postpone this and begin to deal with all the ramifications of moving this, which are immense."

Monday, team Canada announced it would not be sending athletes to Tokyo, regardless of whether or not the games are held. Calls from other countries like Germany and Norway have asked for postponements. USA Track & Field, as well as USA Swimming have both made public pushes for postponement.