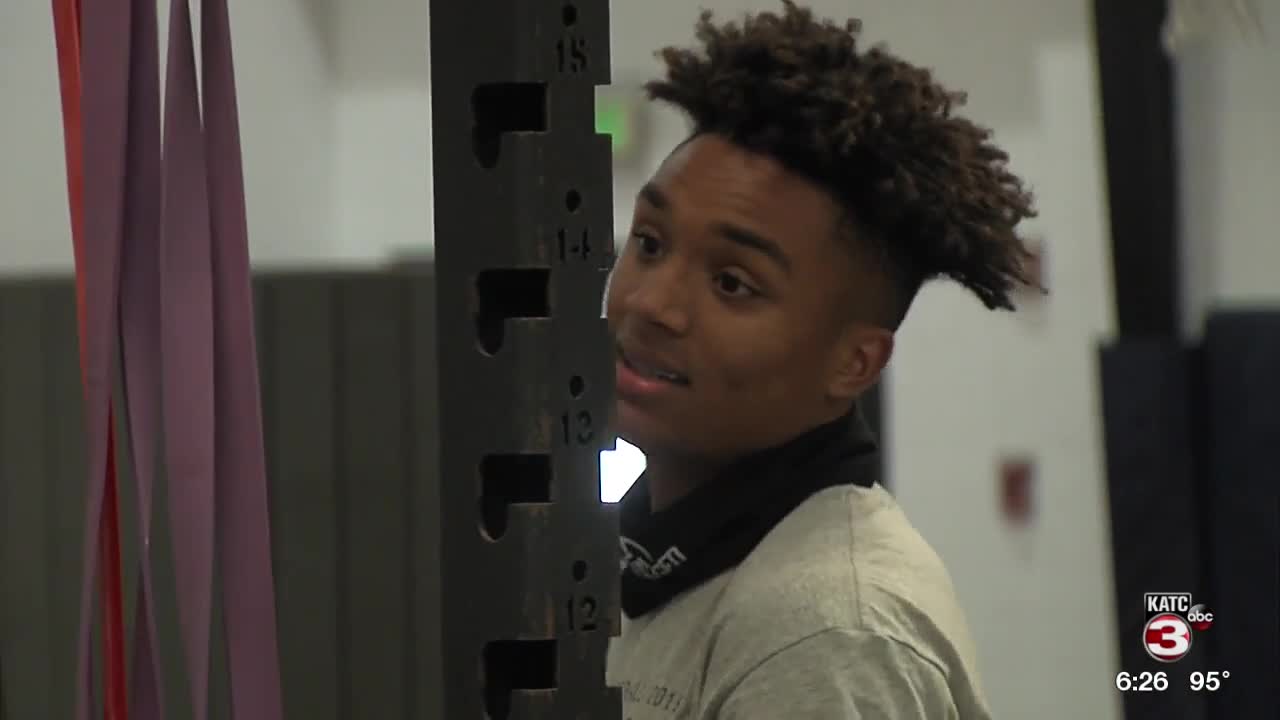 They say the third time is a charm.

"The first two interceptions, I slipped up on the touchdown," Zepherin said. "The third I finally brought back. It was nice. It felt good."

Zepherin shined as a junior. It was his second season starting for the Cougars. He was a rare sophomore starter for the powerhouse program and even admits there were times where the stage felt awfully big.

"it's a big jump from freshman year to varsity for sure," Zepherin said. "Kayshon Boutte, he's a five star at LSU. I remember the first time guarding him, it was an 'oh man' moment."

"Dominic, talk about a kid who developed," STM Head Coach Jim Hightower said. "He started as a sophomore which is unusual even to play, much less at the cornerback position where you're easily exposed. And last year he really came into his own."

Zepherin picked off six passes in 2019. This year, his next trick may be catching touchdowns. Zepherin was working with the receivers earlier in the spring.

But don't expect that to take away from his duties in the secondary. Hightower says his instincts and anticipation make him an incredible playmaker.

"He's got great reaction to the ball, good quickness, anticipates well," Hightower explained. "He has long arms and knows how to make plays on the ball. He's got good feel for reading routes. Again, he understands the game and is a good communicator. He takes charge of the secondary back there.