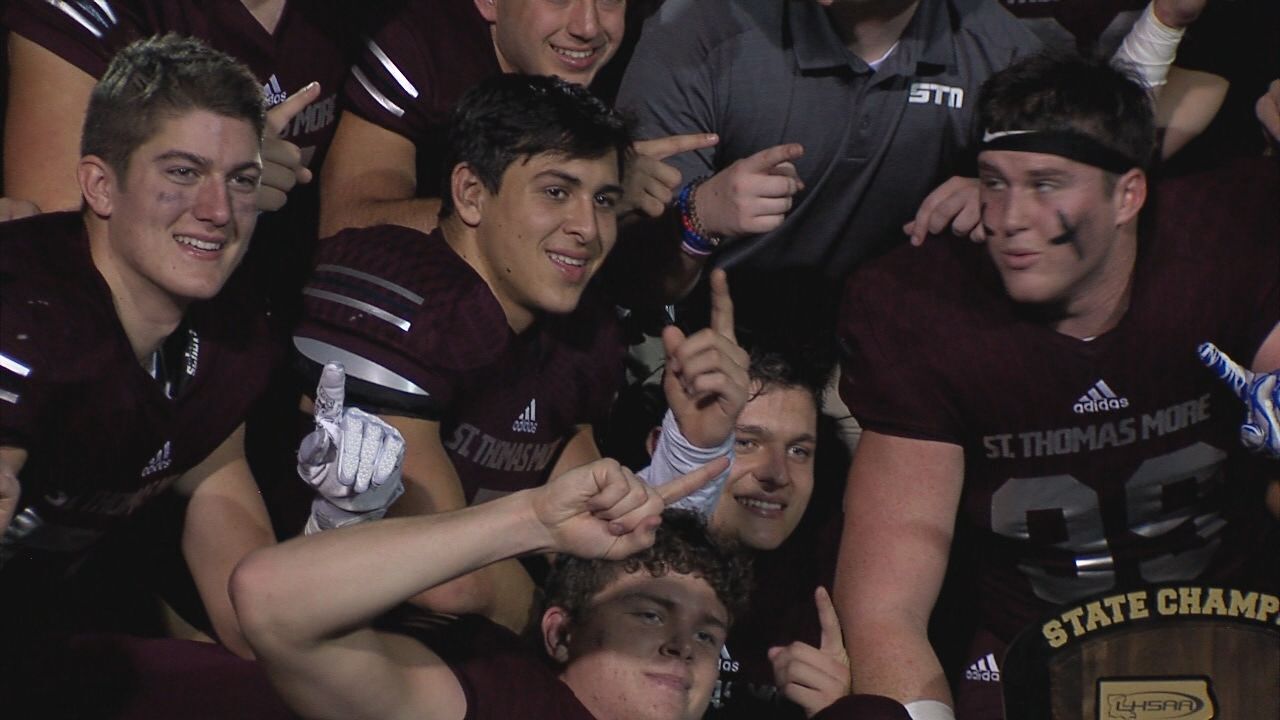 He could have, and some would argue should have, been the game MVP. He caught 11 passes for 183 yards and scored 4 times in the Cougar blowout win over De La Salle. That game was the capstone of a record-setting season in which he caught 91 passes for nearly 1,700 yards and scored 20 touchdowns. But if you thought he was content with a repeat performance this fall, you don't know Jack.

"I think it's going to be our first, if we have a season, our first undefeated championship," he said.

Though, perhaps this isn't a dream. After all, this was pretty much the goal in 2019. But a pair of mid-season games tripped up the Cougars. After Catholic of Baton Rouge edged STM in a week five shootout, Westgate sunk the Cougars for a second straight week. When I asked Jack the last time he could recall losing two in a row, he couldn't remember.

"It was tough for sure, but you saw we overcame it and embraced it, won a championship forcibly and dominantly," he said.

St. Thomas More refocused after the Westgate loss and ran the table.

"I think if we do have a season this will be one of the best, if not the best teams to come through STM," he said.

"I've known Jack since he was in third grade. He's always known what he wanted to do, and wanted to achieve," said head coach Jim Hightower.

Bech and quarterback Caleb Holestein tore up the record books last fall. It's hard to imagine a better duo. But off to Ruston is Holestein and in steps junior Walker Howard. Howard is as heralded a quarterback as there is in Louisiana. He's an LSU commit and he and Bech's connection go beyond the gridiron.

"We've grown up our whole life together," Bech said. "His dad and my uncle played ball over at LSU. Our families have been close for a long time. Me growing up with him, we've been throwing the rock around since we were 7 or 8."

"You see one, you see the other," added Hightower. "They're paired together and work hard and a lot during the off-season being together."

"This is a year I've been waiting for my whole life," said Bech. "Him as well."