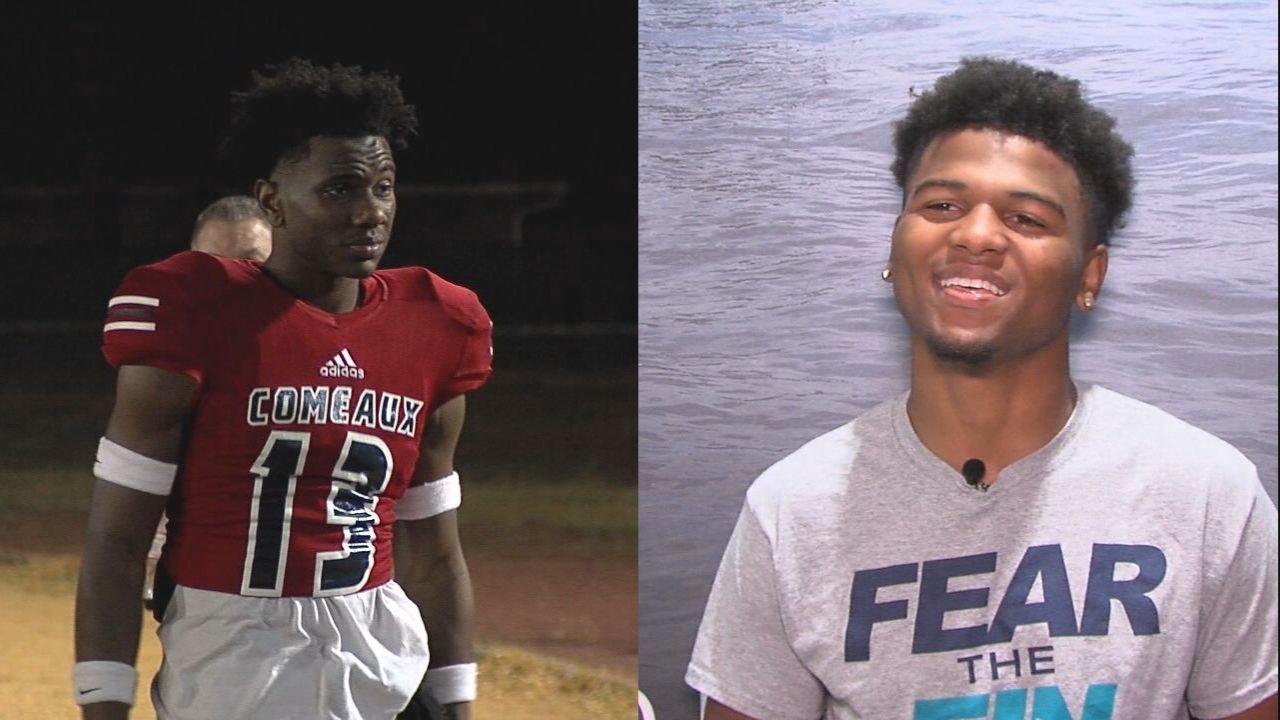 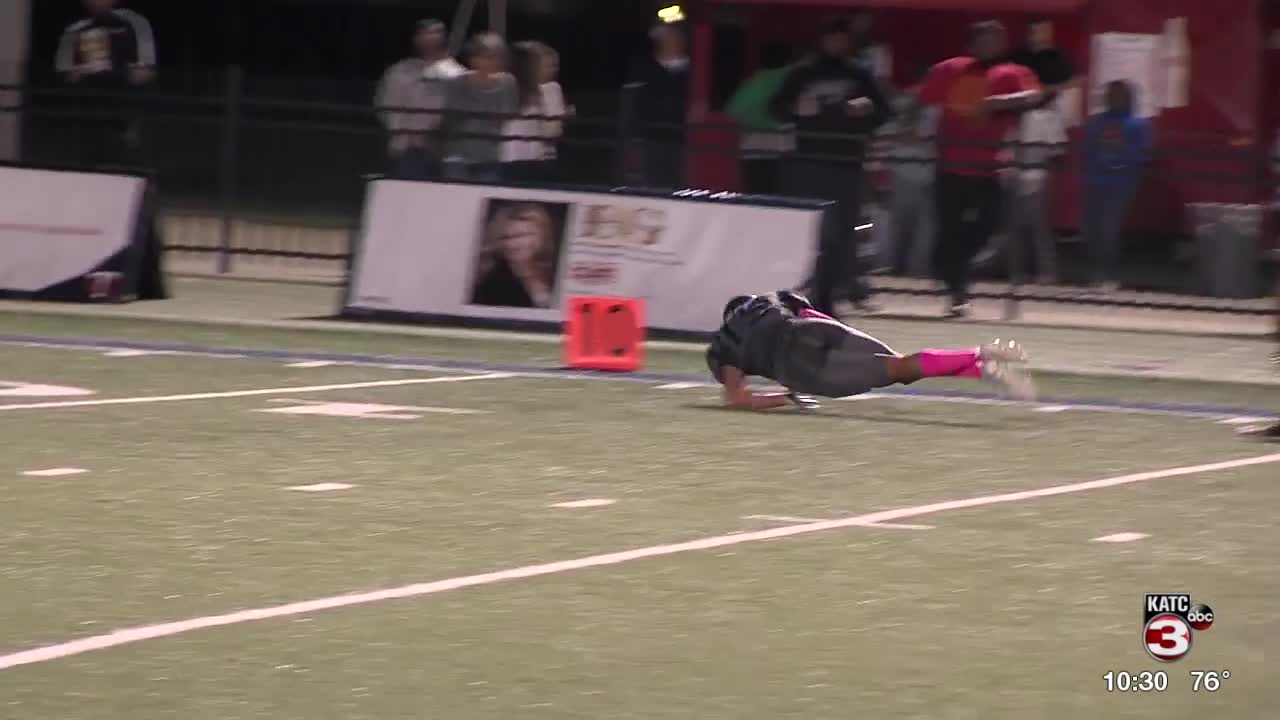 Celebrating his 17th birthday, Malik Nabers committed to Mississippi State Tuesday. The former Comeaux star has a home in 2021, but does he this fall?

Nabers enrolled at Southside over the summer, but is still waiting his LHSAA approval, something that is increasingly difficult during these unprecedented times. If he is approved, Southside could feature one of the most explosive offenses in the Acadiana area.

A year after scoring 17 touchdowns and racking up more than 1,200 receiving yards in a run-first offense, Nabers could explode in Southside's spread with one of the area's top passers.

Dillon Monette threw for more than 3,000 yards and 32 scores last fall. He led Southside to six wins in the program's first season. But the Sharks' eyes are bigger and tummies hungrier this fall.

"You know my trainer, me and James, we talk about making goals before the season. I told him my goal was 5,000 passing yards, 30 or 40 touchdowns," said Monette.

Those are big, real big, goals this fall and would take a deep playoff run to even allow such a thought, still, with a talented group returning, and star in Nabers added to the mix, there is real optimism.

"We haven't had him on our side before, but going against him, you knew anytime the ball was near him it could be a touchdown, offense, defense and special teams," said head coach Josh Fontenot. "So explosive is something that stands out."

"I'm a different breed out here," said Nabers. "When I step on the field I don't care who's guarding me, who's around me, my main focus is to destroy you."

Nabers and Monette have a shared past. Both started their careers at Comeaux. Monette transferred after his freshman season, and at Southside he found new opportunities.

"I wanted to be looked at as a top quarterback in the area," he said.

If cleared, Nabers will find a spread system similar to one he'll play in at Mississippi State.

"At Comeaux I was one man on one side by myself, I could adjust my routes how I wanted to," Nabers explained. "Now I have to learn the route tree over here, so I can adjust my routes so I won't mess up anyone else's routes. If I can learn that now rather than later, I can go to college and expect the ball more."

The two were freshmen at Comeaux together, though have little history playing together. But that doesn't mean Nabers hasn't caught a few passes from Monette.

"Two interceptions, one for a touchdown," Fontenot said of Southside's 60-28 loss to Comeaux in November. "Still have flashbacks."

"I threw two interceptions and he caught them, I was like man," Monette said with a smile.

All joking aside, these are two of the most prolific players at their position. It's hard for Southside not to think about the "What Ifs" if these two can play a season together.

"I want to see what happens. I hope we have a season. I want the last season to go out good," said Monette.

"If you have multiple guys you are comfortable throwing to, it makes it easier for a quarterback. That's what Malik brings to Dillon," said Fontenot. "On Malik's side you have a quarterback that can get you the ball consistently whenever you're open. There are no limitations on the routes you have to run. You fit into the scheme. It's a relationship I hope we get to see, and we're planning on it."