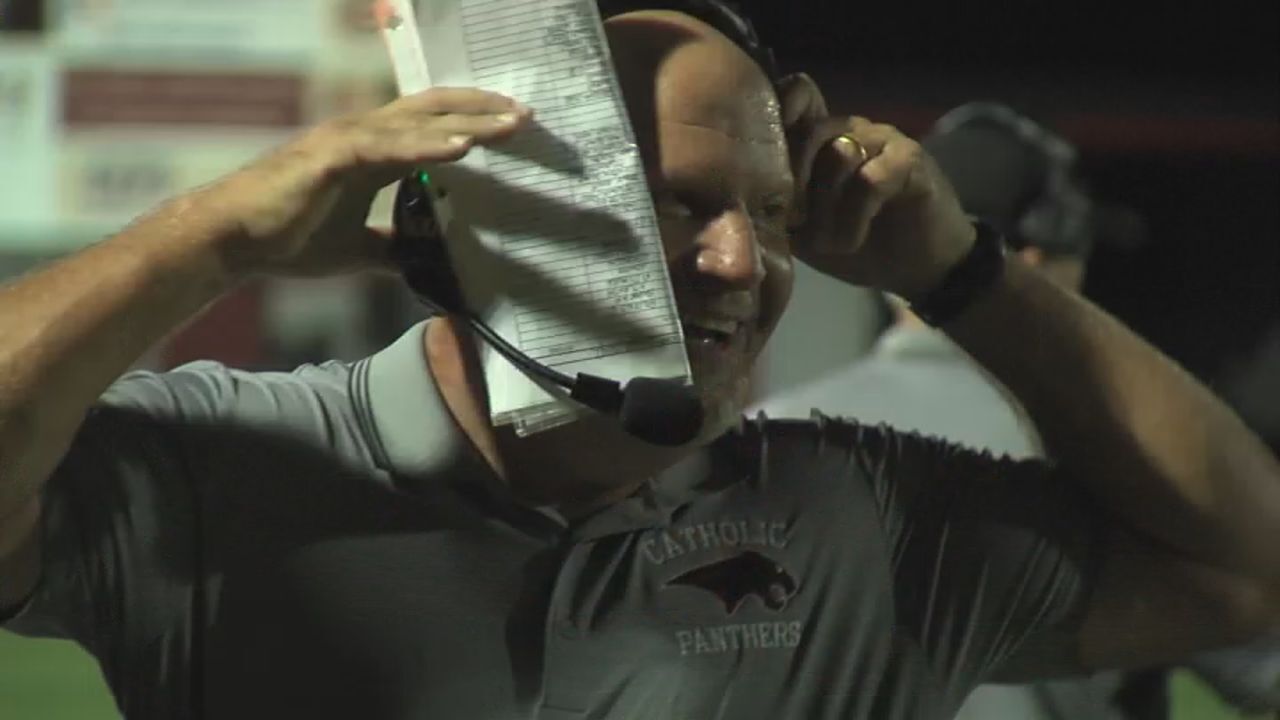 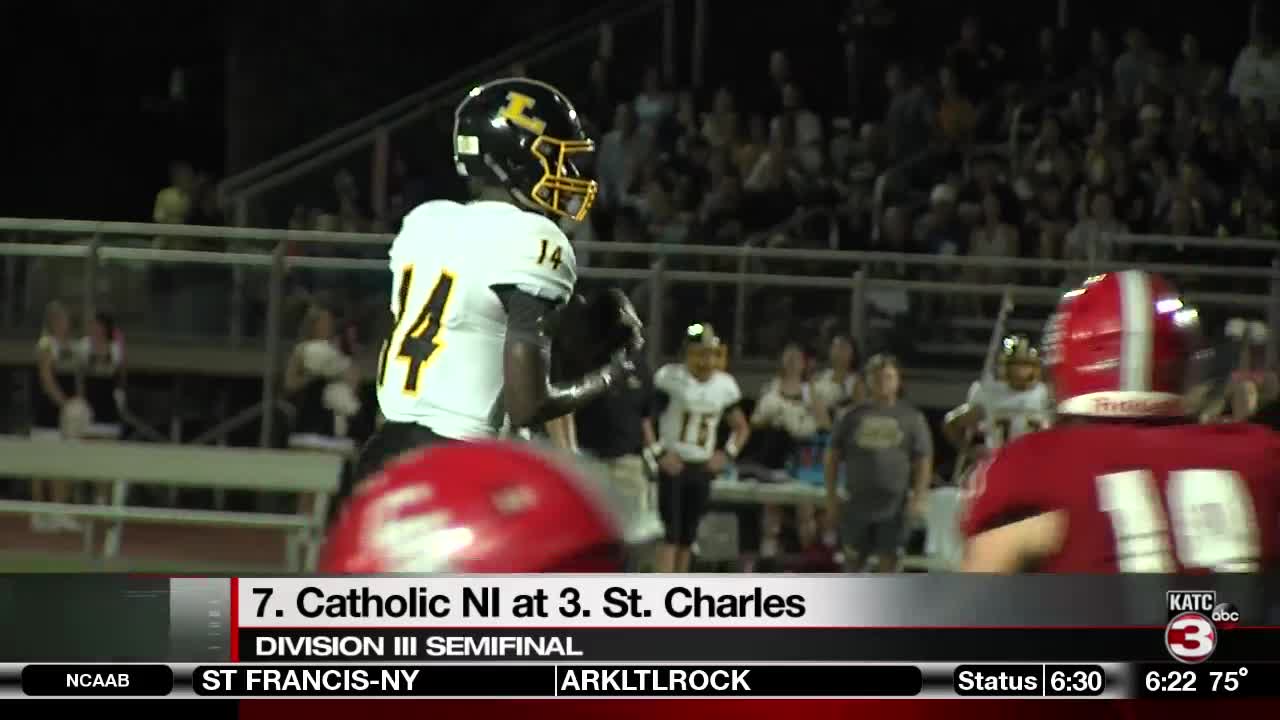 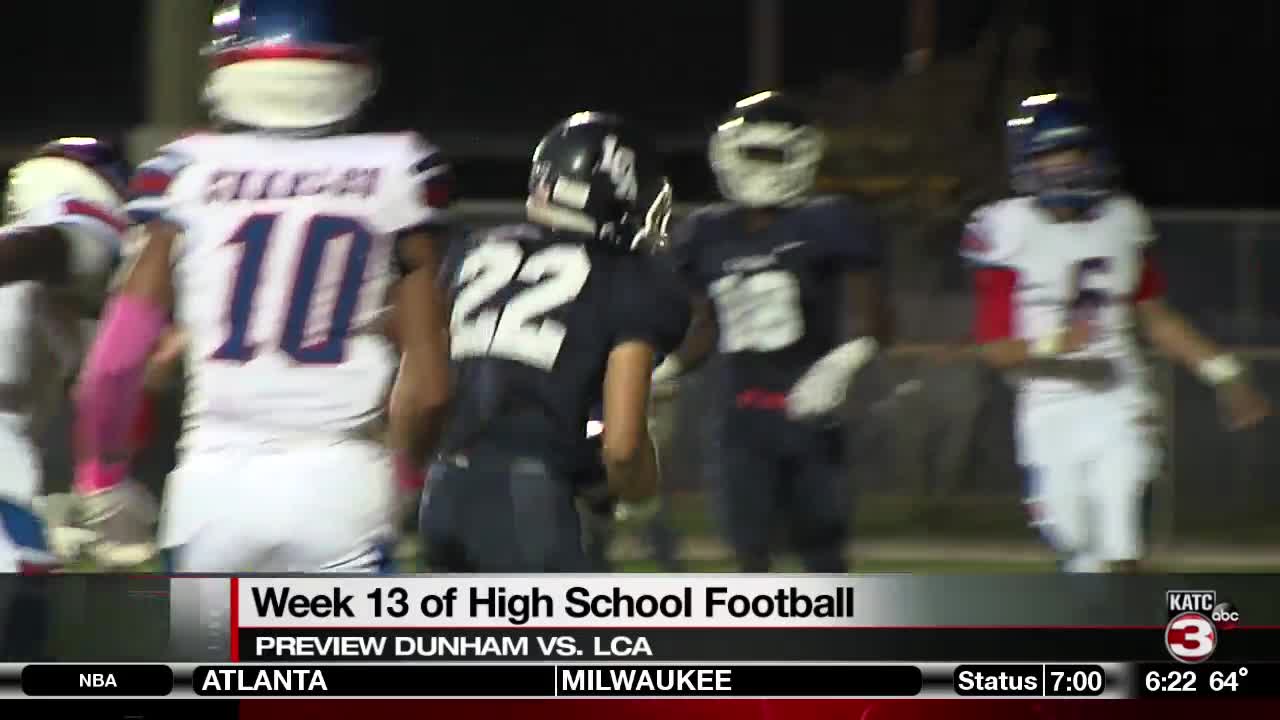 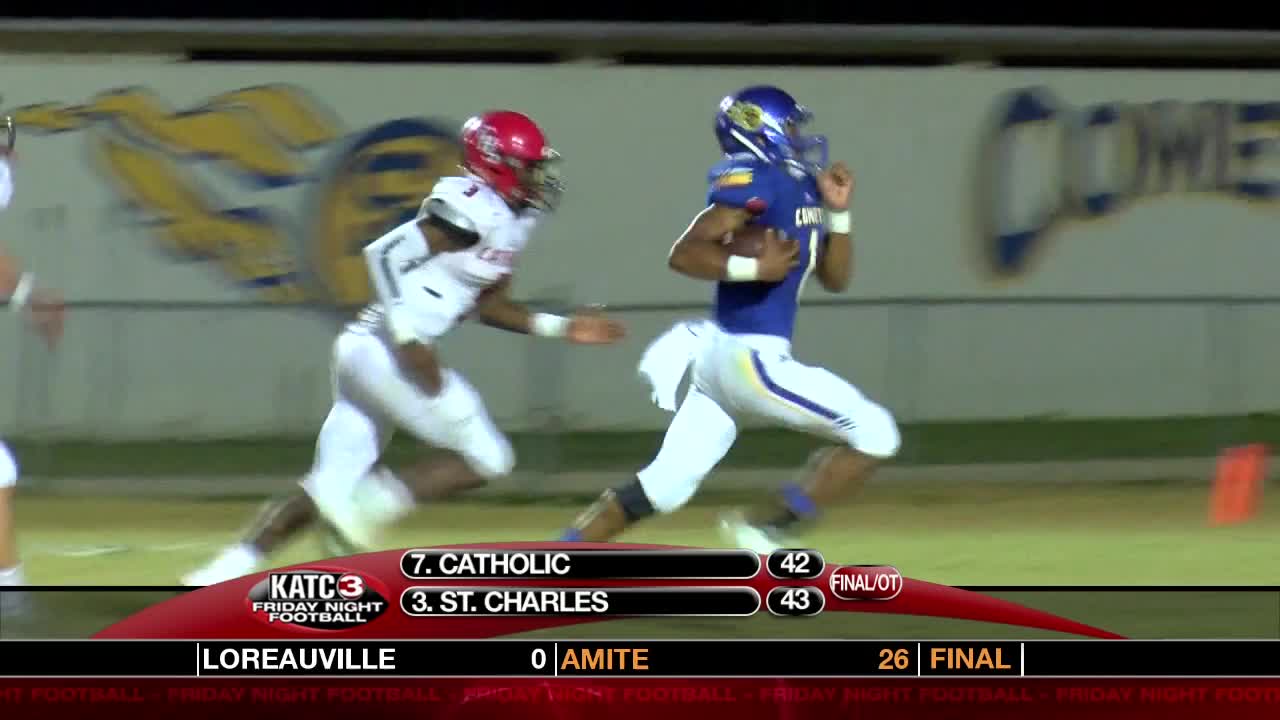 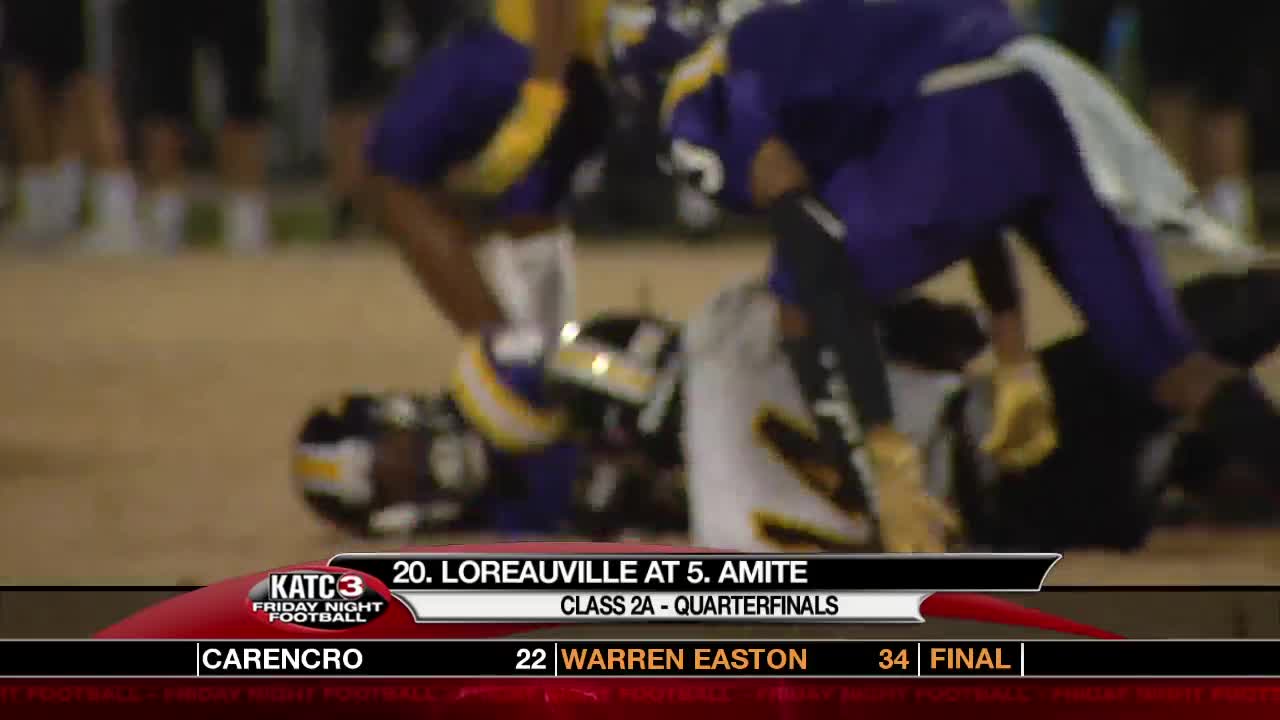 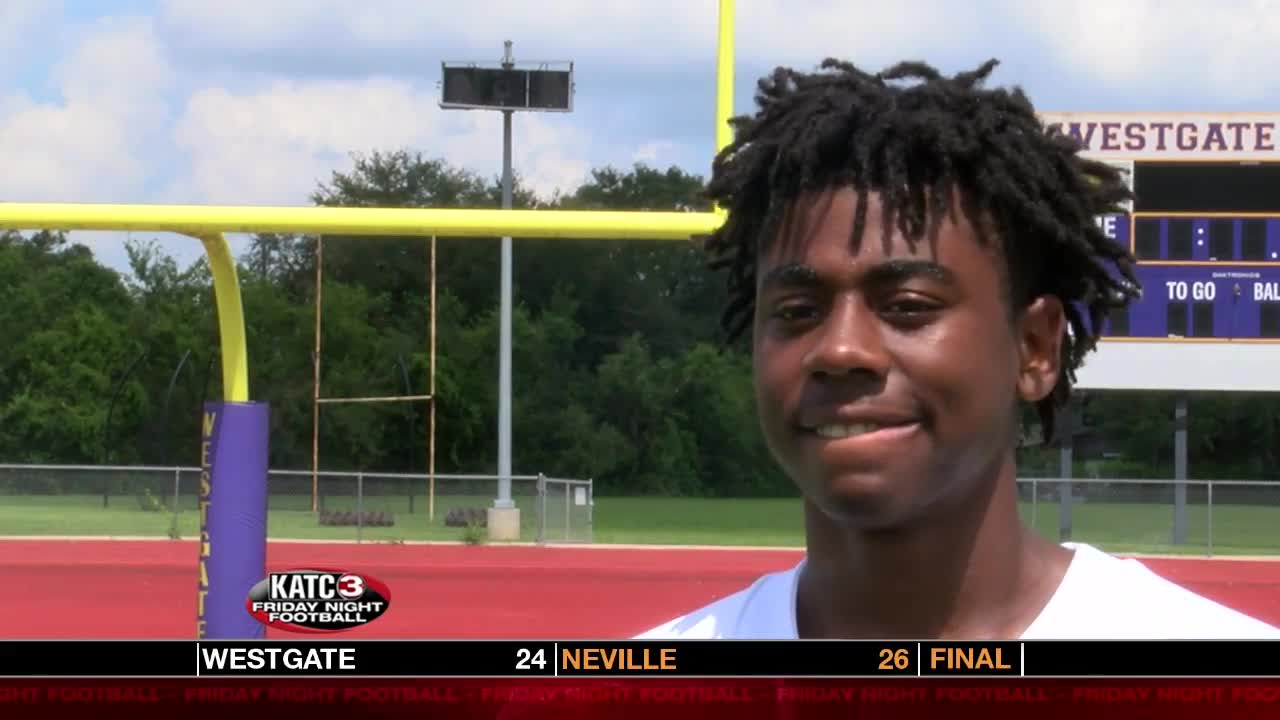 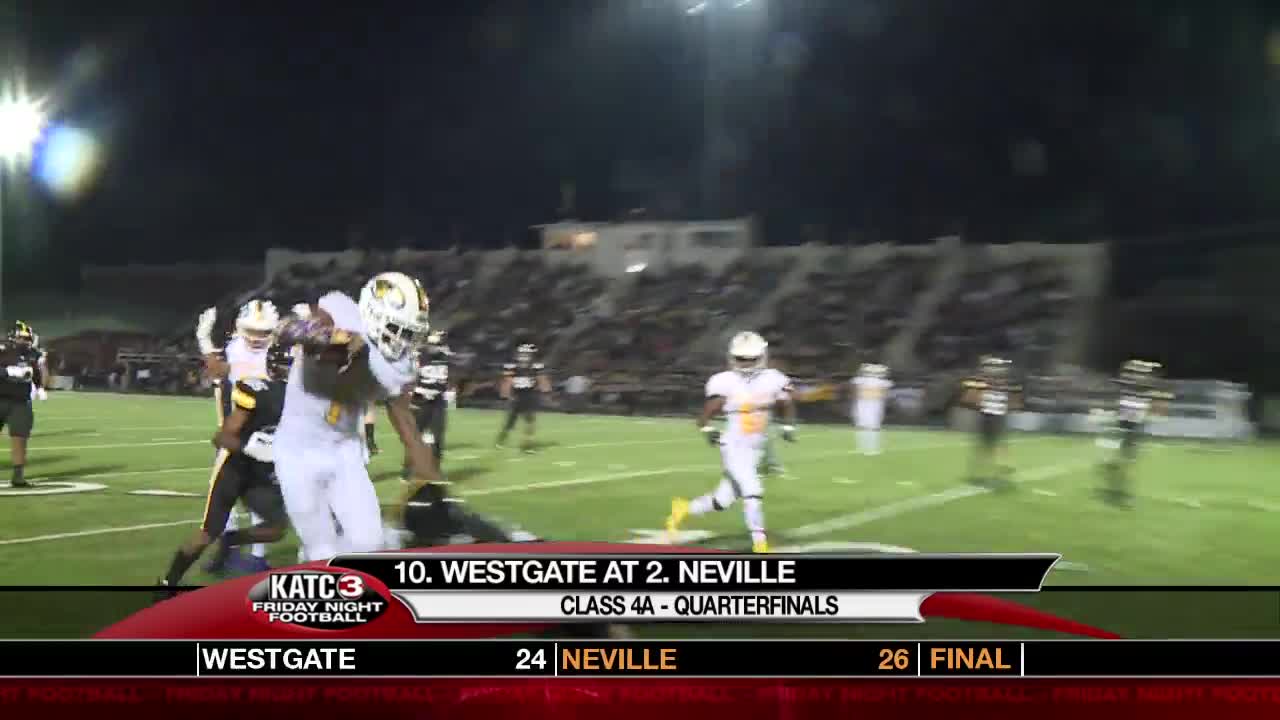 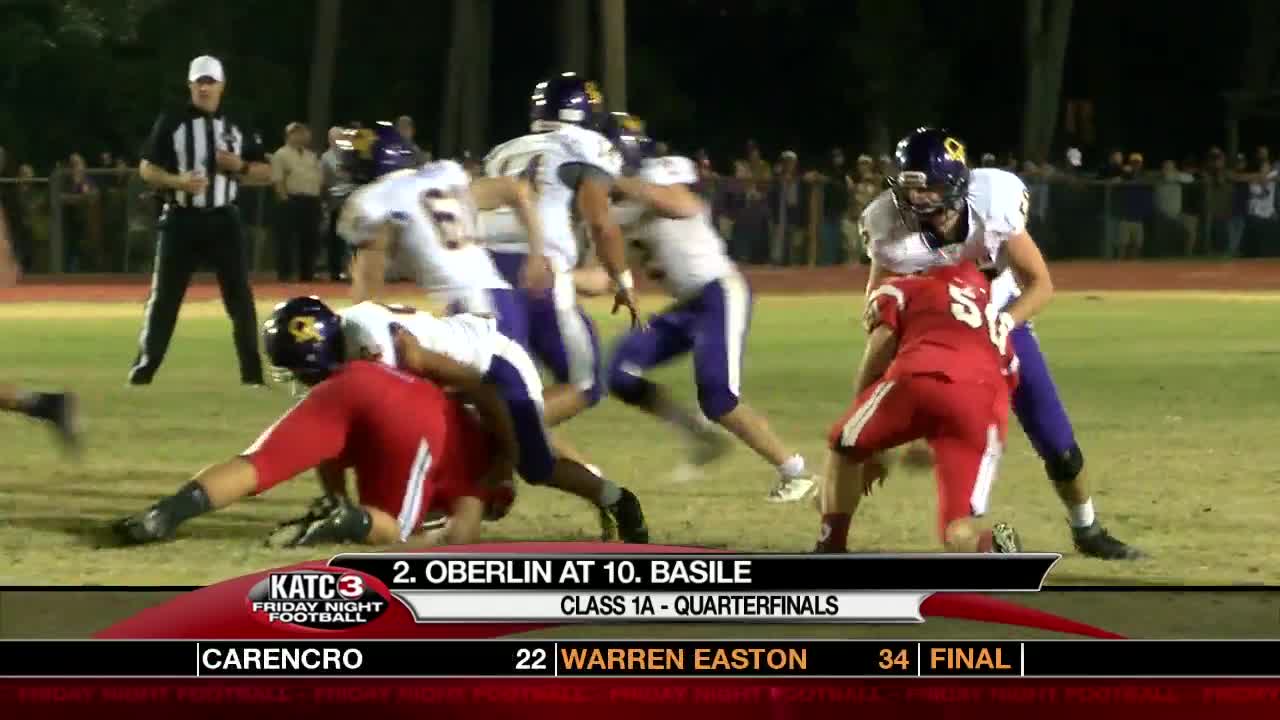 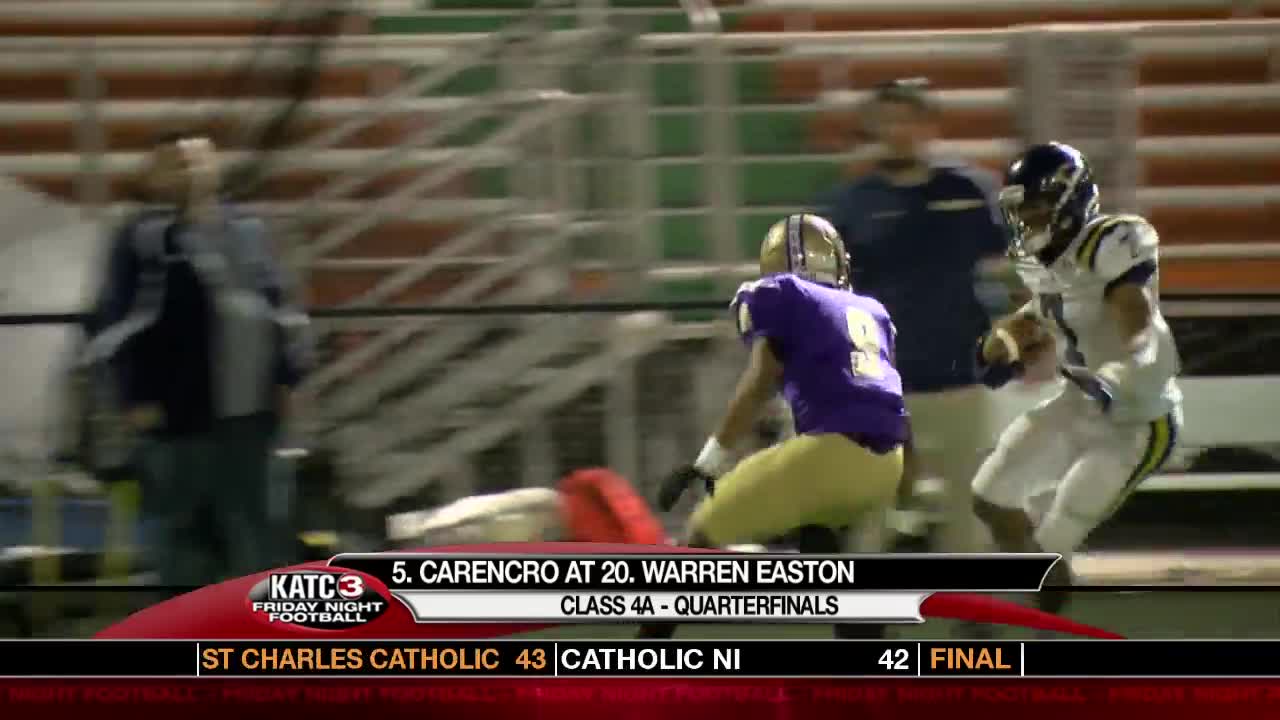 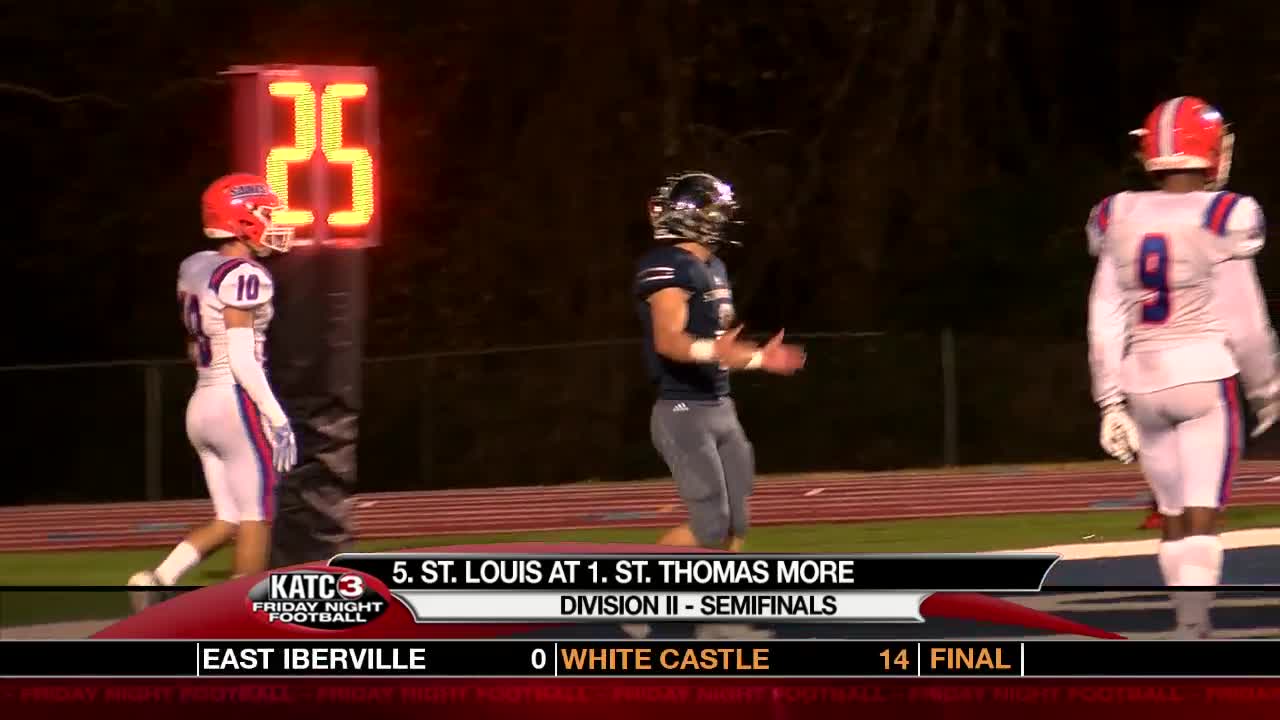 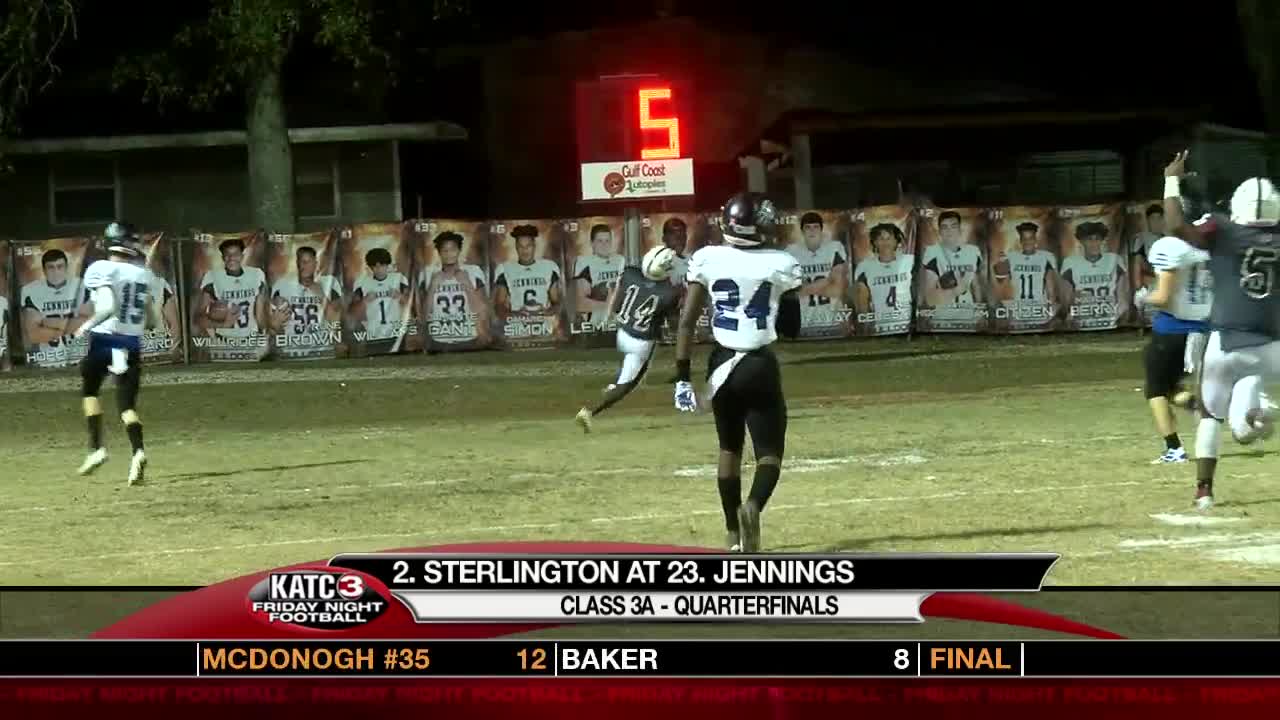 The 13th week for Friday Night Football marks the season's end of Acadiana's number one high school football show. What began in "Week 0" for jamborees, comes to a close this Friday night. KATC will still be following the remaining area teams as they play state semifinal and championships game.

This week, select schools finalize their state championship match-up and three Acadiana teams will try to keep their season alive.

7. Catholic N.I. at 3. St. Charles
The Panthers head on the road in their semifinal riding a 9-game win-streak, which includes their road win over Notre Dame in the quarterfinals. It's the sixth time in seven season Catholic New Iberia has made the semifinals. The team has played in the state championship in each of the past two seasons.

Brent Indest credits a tough non-conference schedule, in which Catholic lost all three games, for helping prepare the Panthers. (Those opponents have a combined 27-6 record.) Indest added this week that there is also an expectation that his team would be here.

"This has become par for the course for everyone around here," He said. "It's what we do here, it's what we've done. I think that was part of the win Friday night. The kids felt like we should be playing this time of year, regardless of who we run into."

Indest calls St. Charles "Notre Dame 2.0" but says the Comets are bigger upfront than the Pios.

5. St. Louis at 1. St. Thomas More
St. Thomas More has been the favorite in division II since before the season started, the Cougars might tell you their two losses shouldn't have happened. Still, Jim Hightower's team is still in the driver's season hosting St. Louis Friday night. Caleb Holstein returns to the top of the Acadiana passing leaders with nearly 3,200 yards and 34 touchdowns after Friday's win. This year's squad, however, features a stauncher defense than the 2018 Cougars did, when STM made it to the Superdome. Since losing to Carencro, STM has held teams to just 13 points-per-game since.

St. Louis is 3-0 against Acadiana teams this fall with wins over Crowley, Jennings and Welsh.

5. Dunham at 1. Lafayette Christian
New division, same dominance for Lafayette Christian who seeks a third-consecutive title, this time in division III. LCA's defense is one of the best in the state. Since allowing a season high 28 points (in a win) to Evangel Christian on October 4, the Knight have allowed just 30 points over the following six games. LCA has only allowed 98 points all season. That's a tough crack for Dunham who beat Arch Manning and the Newman Greenies 22-20 to advance.

Dunham is scoring just 21 points-per-game in five games this season against teams with .500 or better records.

Class 5A - Quarterfinals
1. Acadiana at 8. Airline

Class 3A - Quarterfinals
2. Sterlington at 23. Jennings

Class 2A - Quarterfinals
20. Loreauville at 5. Amite