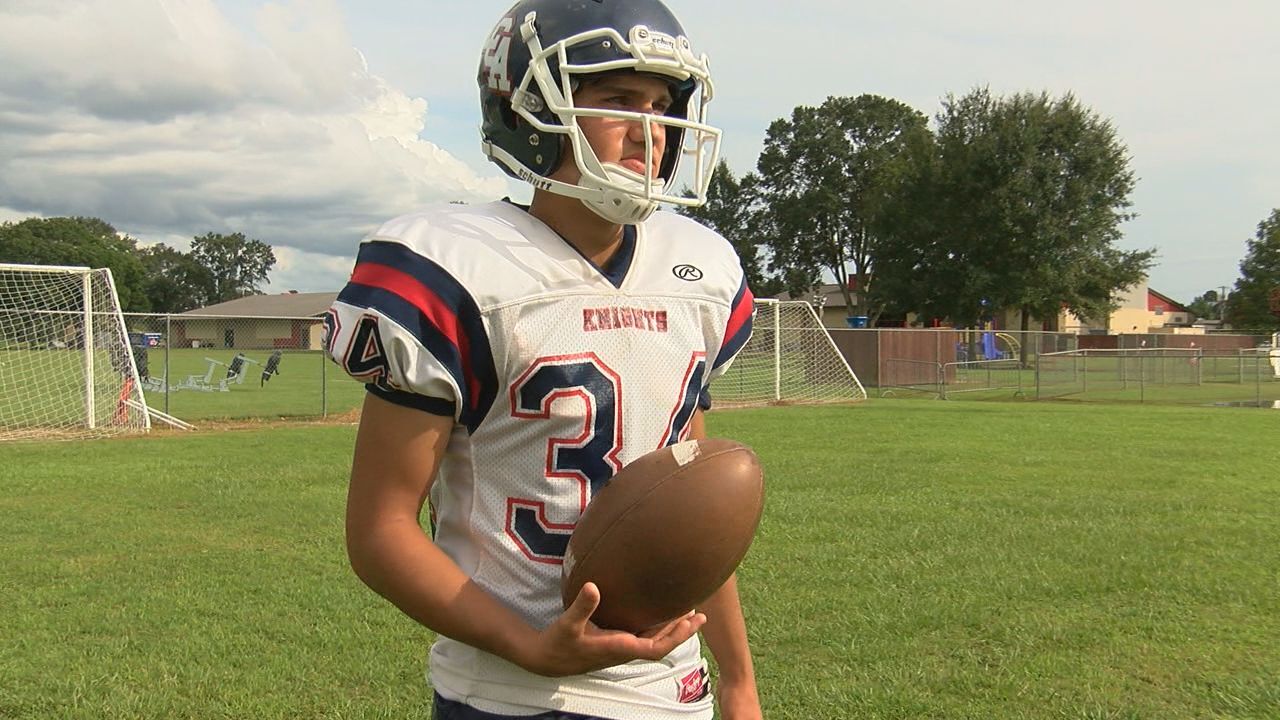 This week we’re featuring a senior from Lafayette Christian Academy stepping up to help an important position that may go unnoticed but has the capability to make or break a game. Head Coach, Jacarde Carter knew the Knights needed someone to replace their former all-state kicker quickly.

“This season we were losing Colin LaHaye who was an all-state kicker the past two years,” said Carter. “So, with losing a kicker and punter who was a weapon we had to replace him.”

That’s where senior, Jett Aube came into play and decided to help, even while pursuing an offer to play baseball at the college level.

Jett is known for being an elite soccer and baseball player, being named first team all-district for both.

“I’ve never been played football before,” said senior Jett Aube.“I played flag football in the 6th grade. I always said I’m going to go out for the team one day and never got around to it.”

Jett still plans on playing baseball at the college level, but he's only worried about football season in this moment.