Runs track and plays in a band 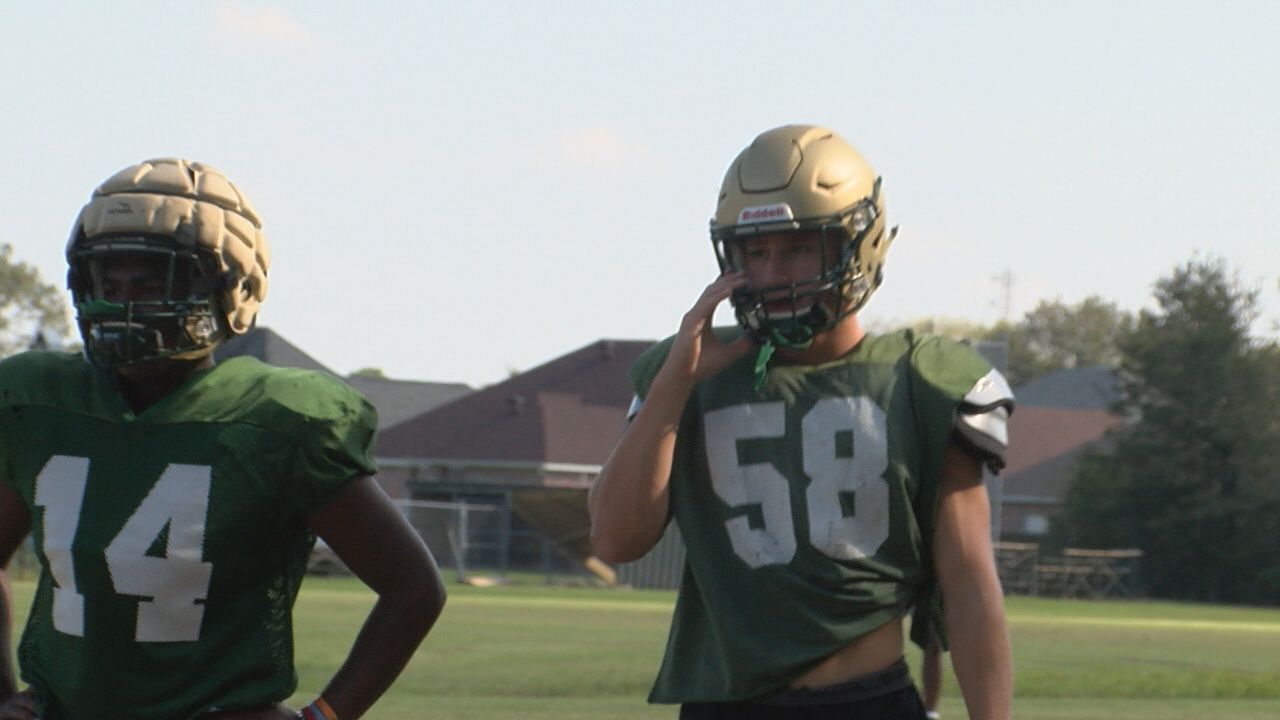 “I think there’s a little bit more pressure this year because we made it to the dome," said senior linebacker Nicholas Carrier.

Nicholas Carrier is no stranger to having high expectations following in the footsteps of his older brother Braden. The former Wreckin Ram made a name for himself, being named Defensive MVP of the Year in 2017.

“He was kind of my role model for Acadiana to build-up to the defense.”

One coach who's worked with both brothers says the two have a lot of similarities on the football field.

“They have very similar qualities. They were raised right. They both worked hard. I can’t remember one practice he has missed," said linebacker coach Jordan Romero.

Nicholas is dedicated to what's in the making to be another perfect season with Acadiana, however he does leave time for his music.

“Me and my three brothers, we started our own little band. We incorporated our friends. We’ve been playing for about two years now," said Carrier.

The 4.0 GPA from the linebacker and band member gives him options when it comes to academics.

“I’m undecided right now but I’m probably going to UL something in the medical field."

Until it's time to decide, the senior hopes to go to the dome one last time and bring home another state championship.

“We won every game so far and I think we're going to have a good year."