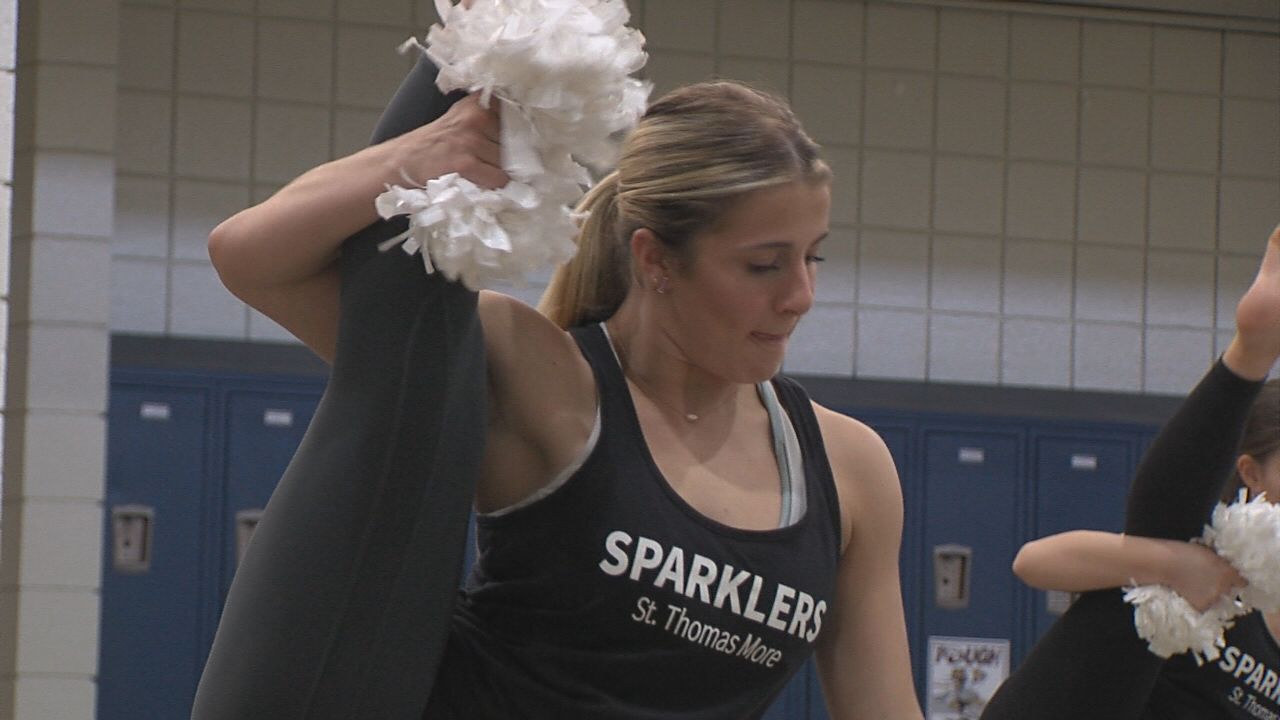 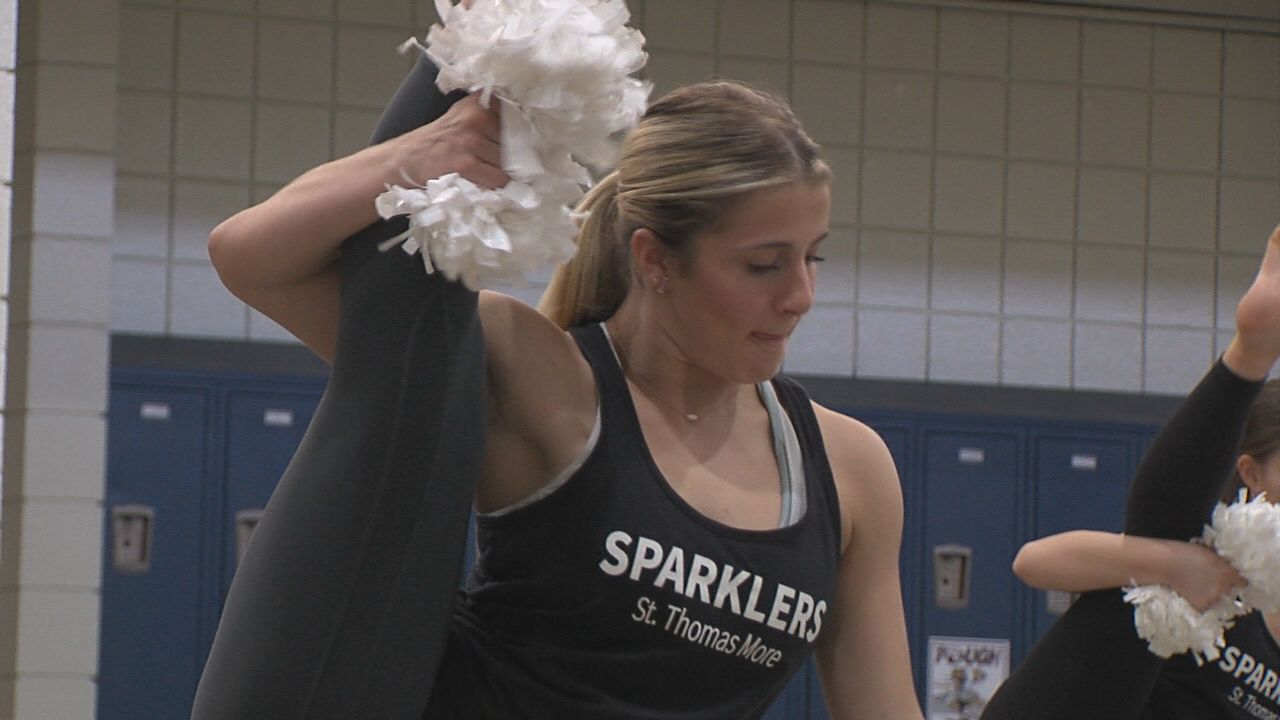 LAFAYETTE — While you watch Caleb Holestein throw touchdown passes to Jack Bech, on Friday nights, you probably also see the Sparklers perform during the game.

St. Thomas More's dance team is as good as they come.

"I remember being like, 'I want to be a Sparkler when I'm in high school,'" said senior Marley Blanchard.

Blanchard, now a senior, is the co-captian of the 21-time national champion dance team. As a freshman, she was on the team when it won two titles in both jazz and pom.

"Sparklers history is that in 30 years we've won 21 titles in pom and jazz. To win both in one year is pretty tough to do," said Sparklers head coach Jenny Matthews.

Blanchard was almost born to be a Sparkler. She attended the team's camps and watched them at football games. She's danced as long as she can remember.

"Dancing is all I really know. I've grown up dancing. It's all I've ever done," she said.

"I've been teaching Marley since she was seven, at my own studio, but coaching for four years," added Matthews who described a young Blanchard as being energetic and dedicated for someone who was only seven.

Blanchard is being recruited to dance next year at Ohio State. The Buckeyes' dance team is a two-time national champion bringing home two championships in 2018. A scholarship to one of the elite dance programs would allow Marley to continue the sport that's defined her entire life.