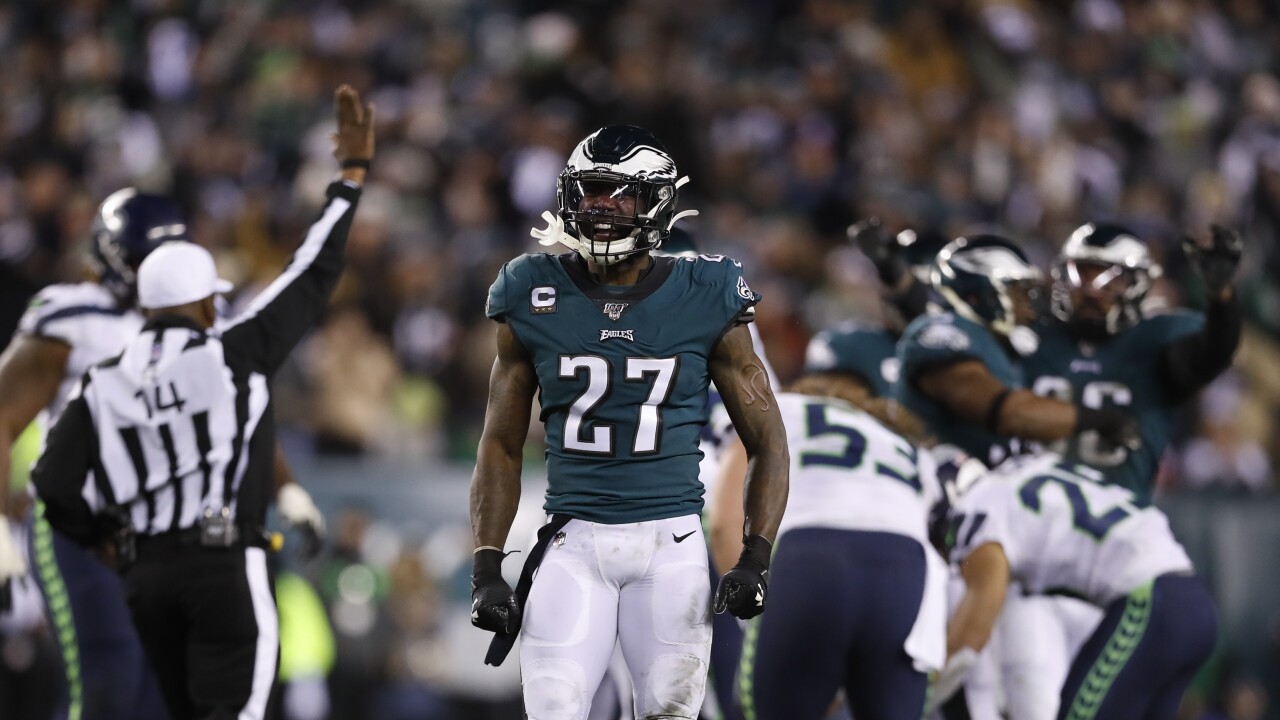 (Copyright 2020 The Associated Press. All rights reserved. This material may not be published, broadcast, rewritten or redistributed.)
Julio Cortez/AP
Philadelphia Eagles' Malcolm Jenkins celebrate after a sack of Seattle Seahawks' Russell Wilson during the second half of an NFL wild-card playoff football game, Sunday, Jan. 5, 2020, in Philadelphia. (AP Photo/Julio Cortez)

The Saints celebrated the 10 year anniversary of their Super Bowl XLIV victory over a month ago.

Of that team, only 3 players are still active in the NFL. Quarterback Drew Brees and Punter Thomas Morstead, who are still with the Saints. Also, Safety Malcolm Jenkins, who is now returning to New Orleans.

Jenkins and the Saints, agreeing to a 4 year, $32 million dollar contract Wednesday, according to reports.

Jenkins spent his first 5 years in New Orleans, before turning into a star with the Philadelphia Eagles.

During his 6 seasons in Philly, Jenkins started every game, while compiling 515 tackles, 32 tackles for loss, 58 pass breakups and 11 interceptions, with 4 returned for touchdowns.