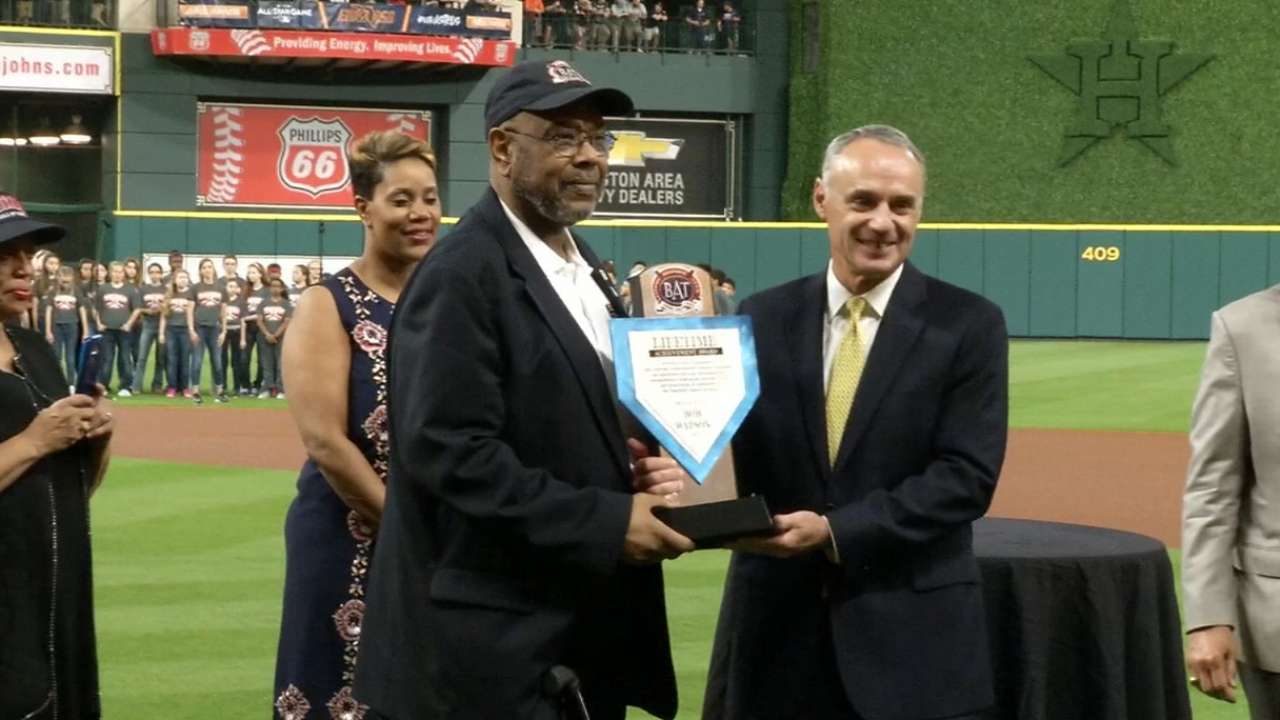 The two-time All-Star and baseball general manager Bob Watson has died. His death was announced Thursday night by the Houston Astros, for whom he played his first 14 seasons.

Son Keith said he died from kidney disease. After his playing days, Watson became the first black general manager to win a World Series - with the New York Yankees in 1996.

Watson was nicknamed "The Bull" and made the All-Star team in 1973 and '75. He hit over .300 four times and drove in at least 100 runs twice. He also holds the distinction of scoring the 1 millionth run in major league history.