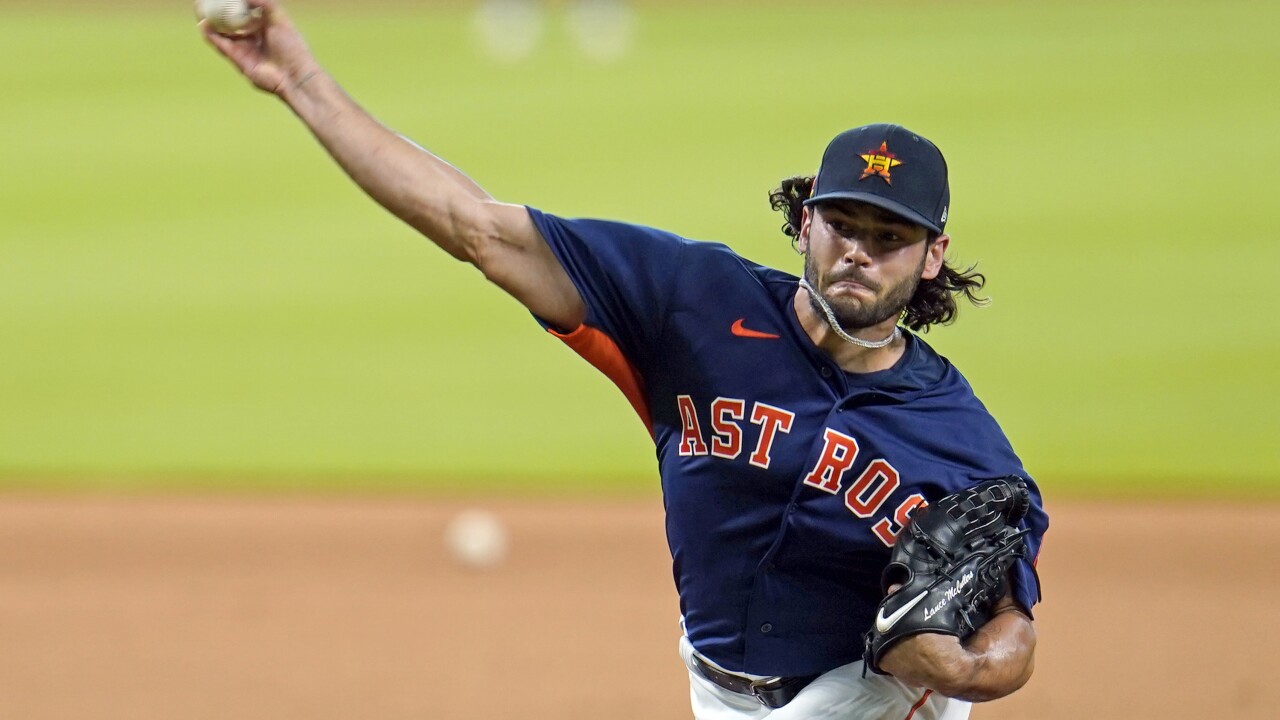 The Astros hope the return of Lance McCullers will help lessen the blow.

“He’s going to be a big part of our success,” manager Dusty Baker said Friday after Houston resumed workouts for the first time since the coronavirus interrupted spring training on March 12. “Losing Gerrit Cole, hopefully he can step in and give us some quality starts, because before he got hurt the guy was one of the best around.”

The right-hander is 29-22 with a 3.67 ERA in four seasons with the Astros after being drafted in the first round in by Houston in 2012.

“I’m in a very good place mentally and physically,” McCullers said. “I feel excellent. I felt great in spring training, but the extra time off and kind of ramping up and then being able to pull it back down to re-ramp, I feel like it’s made me a little bit stronger. And I’m excited.”

Cole had the best season of his career in 2019, leading the American League with a 2.50 ERA and finishing second to teammate Justin Verlander in AL Cy Young voting to help the Astros to the World Series. Now that he’s gone, Zack Greinke, acquired at last year’s trade deadline, will move into the second spot in the rotation behind Verlander and McCullers will take the third spot.

General manager James Click is looking forward to seeing McCullers back on the mound this season.

“I’m very eager,” he said. “I’ve seen a little bit of Lance throwing some bullpens here. He was one of the guys who would come into Minute Maid Park when we were able to do a limited opening. And the videos that I’ve seen of him and the few at-bats that I’ve seen live have been very impressive.”

Baker said McCullers isn’t “as sharp as you’d like him to be” yet, but that he’s encouraged because he looks strong and is injury-free.

ADVERTISEMENT
For McCullers, it wasn’t a difficult decision to play this season amid the coronavirus pandemic even though he and his wife, Kara, have an infant daughter. He’s confident in the protocols put in place by MLB and appreciates the work the Astros have done to try and keep the players and staff safe this season.

“I felt comfortable,” he said. “But I do have a very young daughter and my wife at home and they’re the No. 1 priority, so I wouldn’t be here if I didn’t feel like it was something we could sustain.”

Click said that he Astros have had some positive coronavirus tests since reporting began this week. But he wouldn’t say how many had tested positive or if the positive tests were among players or staff.

Baker said designated hitter Yordan Alvarez was not in Houston for the first workout but declined to provide any details on the reason for his absence. Alvarez was the AL Rookie of the Year last season.