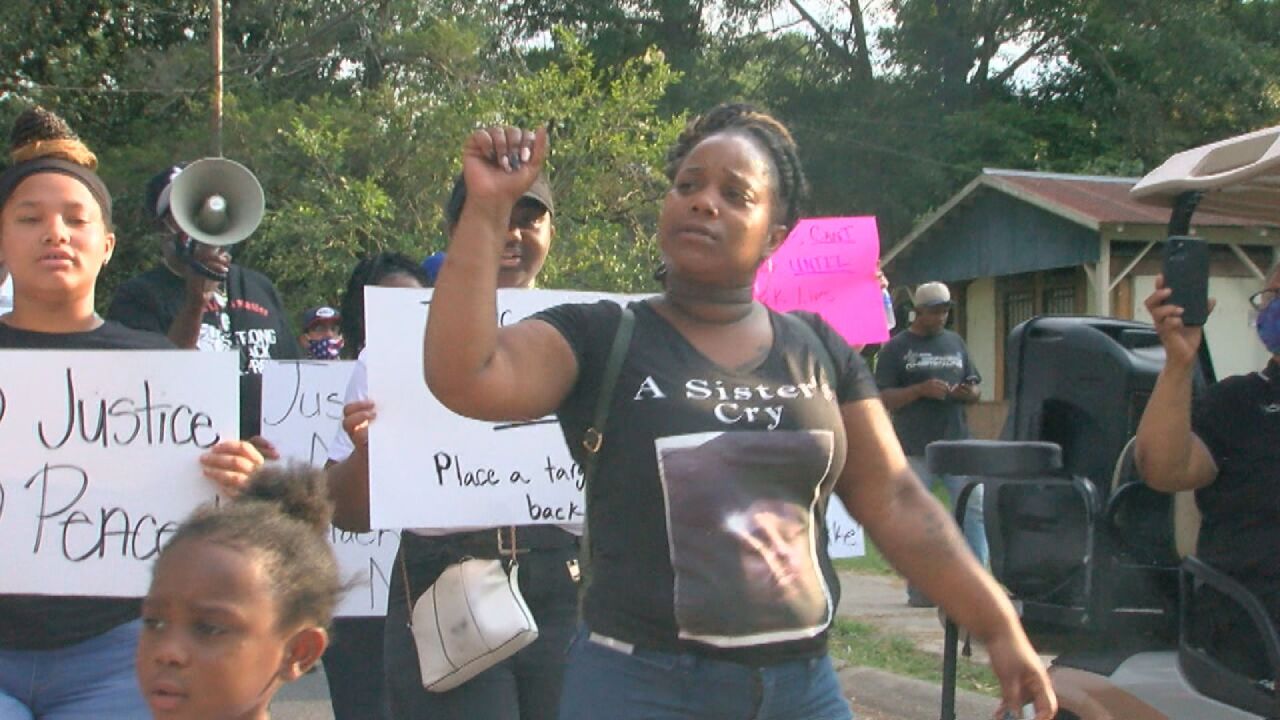 Tonight the sister of a man who died in police custody is leading the charge to bring change to her community.

Protesters in Evangeline Parish gathered not only in support of all the black lives lost at the hands of law enforcement, but for local victims of police brutality.

Now the family of one of the victims says they're going to continue the fight for equal justice.

Dozens of protesters gathered in Ville Platte to support those who have lost their lives to police brutality.

It's a fight that one protesters believes should continue.

"People have been abused because of their skin color for many many years and it's about time people speak up," said John Arabie.

Gabrielle Robertson organized the protest. Robertson says she understands the injustice first hand. Her brother, Keenan Ardoin, who died while in Ville Platte police custody six years ago. She wants to inspire her own children and other generations to fight for what they believe in.

"I want them to have a bond with everybody and don't feel less of their self because of all the black people that was murdered by a few bad law enforcement.When they're in need of help, I want them to be able to trust law enforcement, not to be afraid of them," said Robertson.

Robertson admits to dealing with depression after her brother died. Now she says she's ready to fight for those in need.

I'm not stopping anymore. I'm getting out of that dark closet been hiding in for six years after my brother got killed. I just want better enforcement. Not
only for my community but for all around the world. It's not just going on in this community, it's going on everywhere." said Robertson.